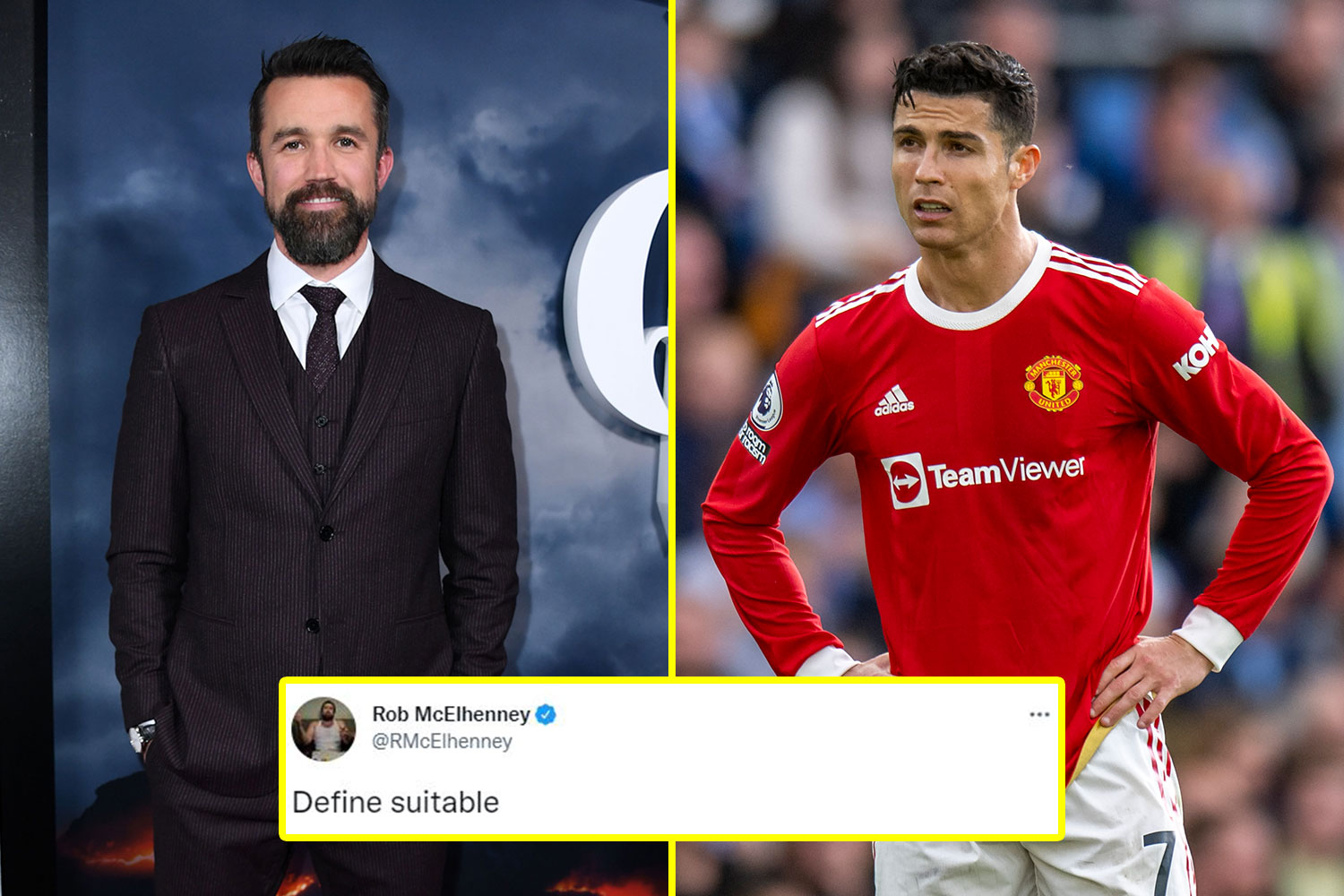 Cristiano Ronaldo’s future is up in the air after bombshell claims he wants a move away from Manchester United this summer. However, few would have expected National League side Wrexham to be in the hunt. Ronaldo reportedly wants to leave Manchester Unitedgetty McElhenney has jokingly suggested that Wrexham could be keen on a moveInstagram - @vancityreynolds The 37-year-old has asked to leave the Red Devils following their failure to qualify for the Champions League, according to reports from The Times. However talkSPORT understands that the Premier League giants remain steadfast in their view that the Portuguese superstar is not for sale. It’s suggested that Chelsea, Bayern Munich and Italian side Napoli are keen on a move for the player. And you can add Wrexham’s name to that list… Owned by Ryan Reynolds and Rob McElhenney, the Dragons are building a reputation for being one of the more light-hearted and humerous clubs in English football, something that was proven by the latter’s latest social media post. Responding to the a tweet, saying: “Cristiano Ronaldo has asked to leave Manchester United if they receive a suitable offer this summer,” McElhenney replied saying ‘define suitable’. Most read in Football deals Ronaldo asks to leave Man United, Martinez battle, Raphinha wants to join Barca funny Gary Cahill dives head first to win sports day sack race in hilarious viral video demand Man United want Ronaldo to stay as superstar drops bombshell quit request busy Ronaldo out and Ten Hag signing Ajax alumni - how Man United could line up next season RIP Goram thought Fergie offer was McCoist prank and 'told Keane to f*** off' at Man United fools Neville laughs at Liverpool and says Salah 'played them' to get club's biggest salary McElhenney left a light-hearted comment to reports of Ronaldo’s intentions to leave@RMcElhenney Few can dispute McElhenney’s ambition in signaling his interestGetty Ronaldo will be working tirelessly to try and secure a move away this summer News of Ronaldo looking to leave Old Trafford has certainly attracted a strong reaction from the football world. Reacting to the news on talkSPORT, ex-Manchester United midfielder Darron Gibson, who played alongside Ronaldo during his first spell at the club, expressed his shock at the reports. He said: “I’m a bit surprised. A lot of people will say it’s a good thing but personally I think it would be a bad thing if Ronaldo left. “It’s up to him if that’s something he wants to do: keep breaking records and achieving things.” Offers Of The Day 888Sport – Bet £10 on Wimbledon, Get £40 In Free Bets* – CLAIM HERE Min deposit £/€/$10 • Offer is valid until 10/07/2022 23:59 • A qualifying bet is a ‘real money’ stake of at least £/€/$10 on Tennis market • Min odds 1/2 (1.50) • Free Bets expire after 10 days and valid only for Tennis • Free Bet stakes not included in returns • Withdrawal restrictions, payment methods, country & Full T&C’s apply. 18+ Begambleaware.org SEE MORE FREE BET OFFERS HERE