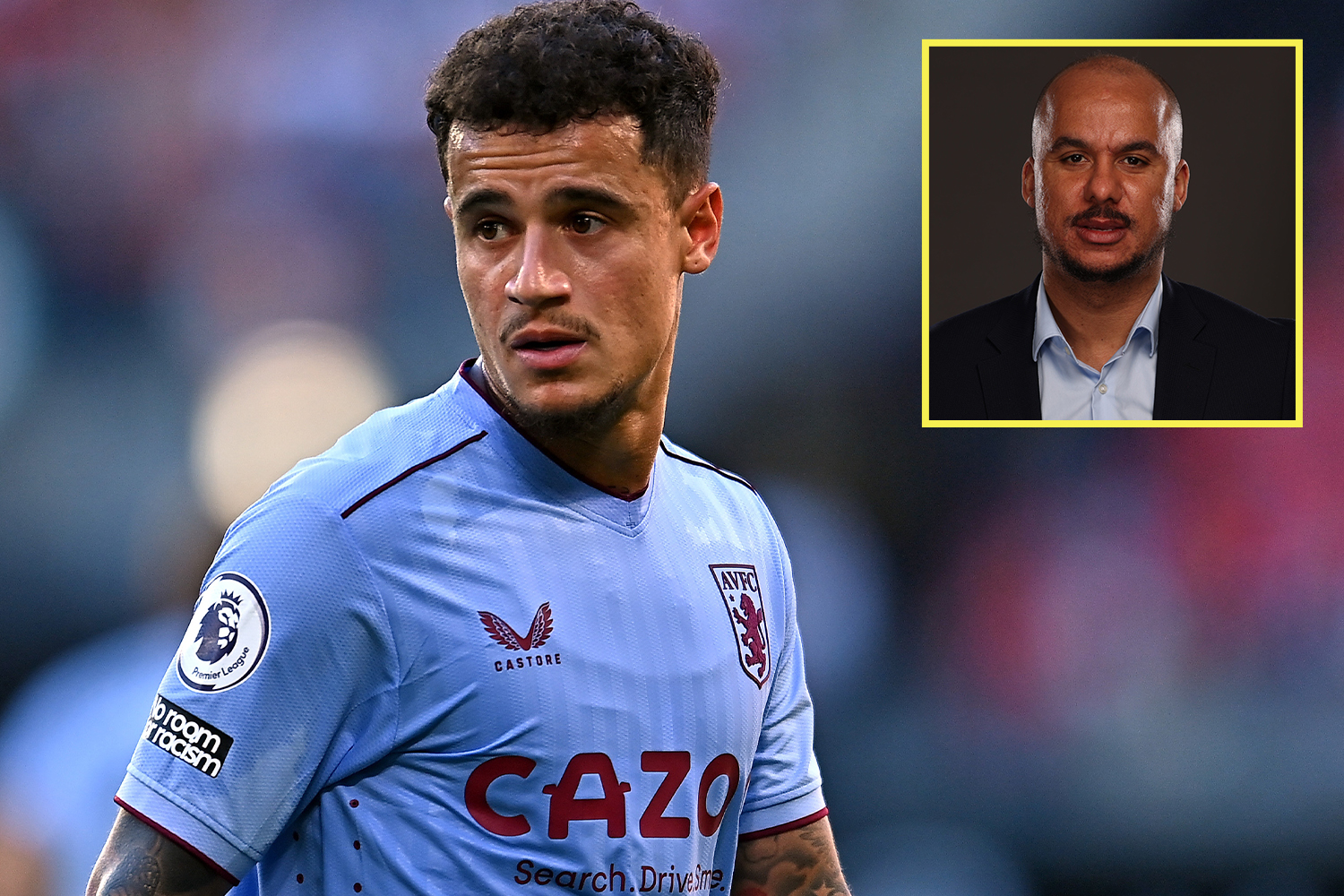 Gabby Agbonlahor says that he’s ‘lost for words’ following Aston Villa’s opening day defeat to Bournemouth. Steven Gerrard’s side traveled to the Vitality Stadium as clear favourites as they prepared to take on Scott Parker’s newly-promoted side, but fell to a shock 2-0 defeat. Coutinho’s performance left lots to be desired, says AgbonlahorGetty Unfortunately, any feelings of optimism lasted just two minutes when Jefferson Lerma gave the Cherries a dream start in front of their home fans. This was made worse 10 minutes from time when Kieffer Moore wrapped up the shock victory for the south coast club. Villa named a side that was filled with Premier League quality, including Philippe Coutinho who has made his name as a star player with the likes of Liverpool, Barcelona and Bayern Munich. However according to Agbonlahor, the midfielder has to improve quickly if he’s to be a success at Villa. Speaking on talkSPORT’s Gameday phone-in, Agbonlahor said: “The big disappointment was [Philippe] Coutinho. “He’s been brought in by Steven Gerrard and he was non-existent and didn’t really get on the ball. Most read in Football RUMBLED Van Dijk sees TWO Premier League records slip away as Mitrovic wreaks havoc TALKS Man United want ex-City ace and Dutch player of the year as Ten Hag ends Antony chase TROUBLE Ex-Arsenal rebel Guendouzi in 'lively' bust-up with Marseille boss at half-time MATCHDAY Spurs v Southampton LIVE: Richarlison banned but Kane boasts lethal Saints record GAMEDAY Fulham v Liverpool LIVE: Salah snatches point for Reds after Mitrovic double FLOP 'That's a dive' - Mitrovic accused of cheating to win penalty in Van Dijk clash Coutinho has work to do to stay in Gerrard’s plansGetty Questions will be asked of Gerrard alreadyGetty “He needs to dominate games. He’s keeping a new signing from last year in Emi Buendia on the bench so he has to be taking the games by the scruff of the neck, getting on the ball, making things happen. “He had a shot in the second half and it went horribly wide and you think, this isn’t Coutinho. “Steven Gerrard has got faith in him but how long can you keep playing him? He’s not getting the numbers that he needs to play in that position.” However it wasn’t just Coutinho who disappointed Agbonlahor, with the ex-forward saying that he was ‘lost for words’. Gerrard cut a frustrated figure at the Vitality StadiumGetty He said: “I look at the game today and I think, where was the plan B? “We struggled to create chances or get the ball wide to Leon Bailey, but he wasn’t getting past anyone. “You think, could they do with another striker in there? You know, to change your style of play. “Gerrard needs to figure out his best team. He’ll make some changes next week against Everton at home because today was unacceptable. “You think of the Villa fans who made that long journey to Bournemouth too. It’s not an easy place to get to. “I’m lost for words.” Offers Of The Weekend Bet365: Bet £10 Get £50 in Free Bets* – CLAIM HERE Paddy Power: Bet £5 via the talkSPORT EDGE app with Paddy Power and get a £5 free bet – available to all customers* – CLAIM HERE Sky Bet: Over 2.5 goals in each of the 6 Premier League matches on Sat 6th Aug (was 33/1) @ 40/1 – CLAIM HERE Bet365: Open account offer. Bet £10 & Get £50 in Free Bets for new customers at bet365. Min deposit requirement. Free Bets are paid as Bet Credits and are available for use upon settlement of qualifying bets. Min odds, bet and payment method exclusions apply. Returns exclude Bet Credits stake. Time limits and T&Cs apply 18+ Begambleaware.org Paddy Power: Place a £5 Sportsbook Bet through the talkSPORT EDGE app between the 1st and 31st August. Get a £5 free bet on the next Monday after your qualifying bet. T&C’s apply. 18+ Begambleaware.org SEE MORE FREE BET OFFERS HERE