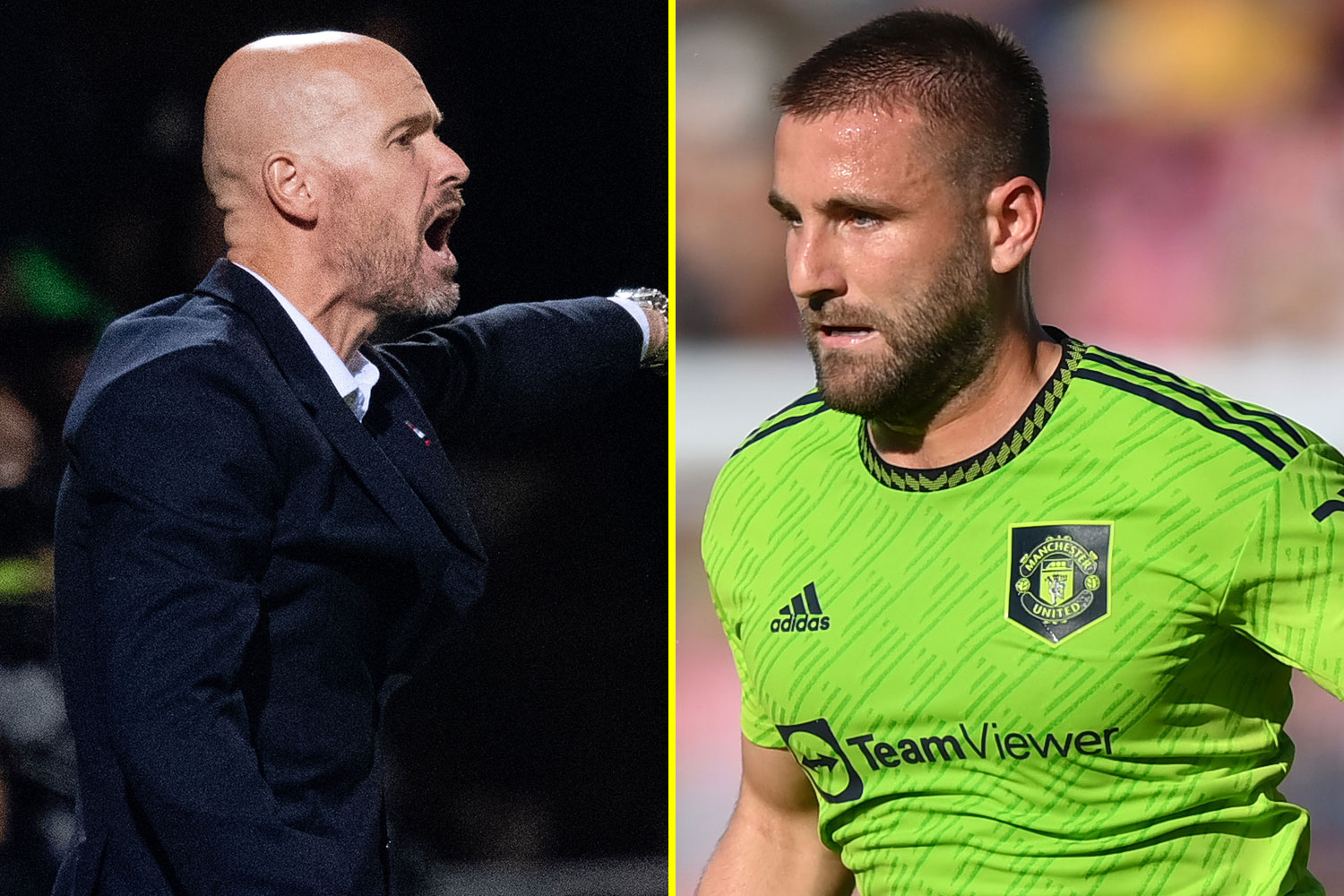 England’s Luke Shaw has revealed to talkSPORT he has held talks with Manchester United manager Erik ten Hag over his poor form. Shaw scored England’s first goal in their 3-3 Nations League draw with Germany, arriving at the back post to snap a scoreless run that has dogged the Three Lions World Cup preparations. Shaw halted a poor start to the season with an important goal for EnglandGetty Things at club level have been below parGetty The left back notched his third goal in an England shirt, with his last coming in the Euro 2020 final last summer, however, things have been far from easy since then. At club level, Shaw’s United recorded their worst ever Premier League campaign in 2021/22, and despite starting the first two games of the current season, the 27-year-old has only appeared once since for the Red Devils. Shaw was part of the side that lost 2-1 to Brighton and 4-0 to Brentford to begin the campaign, and along with the likes of Harry Maguire and Cristiano Ronaldo, he’s since been dropped by new manager Ten Hag, whose side have won every league game since. Speaking to talkSPORT about increasing his minutes ahead of the World Cup, Shaw said: “It’s what everyone wants.  “I think Ten Hag, the boss, he knows my qualities, he knows what I’m capable of and we’ve had chats.  “It’s understandable that, and I even agree, the start of the season wasn’t good enough and he had to make changes and I fully accept that, I accepted it.  Shaw has no complaints about being dropped by Ten HagGetty Most read in Football defence Maguire someone 'you want to go into battle with' as England legend defends him thriller England score three times in 12 minutes in stunning comeback, but are denied win dire Four arrests as 100 German fans storm Wembley pub and attack England supporters' LIVE England 3-3 Germany LIVE REACTION: Hosts score THREE in 11 minutes but can't hold on foul Maguire's nightmare form continues as he gives away penalty during England clash PLAN Ex-director says Arsenal have 'betrayed the model' and ‘made mistake’ with Arteta role “The only thing I can do is train hard and wait for my opportunities, whether that’s in the cup games or the Premier League, whatever I play in I just have to be ready and play at the standard I should be at.” Shaw also discussed criticism of England manager Gareth Southgate who has come under intense pressure with a six-game winless campaign in the Nations League, seeing his side struggle in the run-up to the World Cup. But with the manager previously leading his side to a Euros final and a World Cup semi-final, Shaw has found the criticism difficult to understand. Shaw insists England will be ready for the World CupGetty “You look at the results of the last two major tournaments and it’s bizarre how people can attack him and say it’s not good enough,” he explained.  “At the moment we haven’t won, we have to win a major tournament to be extremely successful, but we’re heading in the right direction and he’s guiding us in the right direction. “From when he first came in, you’ve seen the difference in the England team to where we are now but of course the results recently haven’t been good enough and we’ll be ready in the World Cup.” Watch the World Cup with talkSPORT At talkSPORT we are powered by fans, so come and join us for the ultimate World Cup fan experience this winter – at the talkSPORT Fan Zone. In a huge indoor venue under the arches at Waterloo in London, we’ll bring you live screenings of every World Cup game. There will be Q&As with talkSPORT talent, you’ll be part of our live broadcasts, and there will be plenty of food and drink on offer too. Come and enjoy the best World Cup fan experience in London – and enjoy a pint on us – with tickets for England and Wales’ group stage games on sale now HERE!