Manchester United a ‘laughing stock’ as world’s richest man Elon Musk jokes about buying club from Glazers – ‘Anyone got any more darts?’ 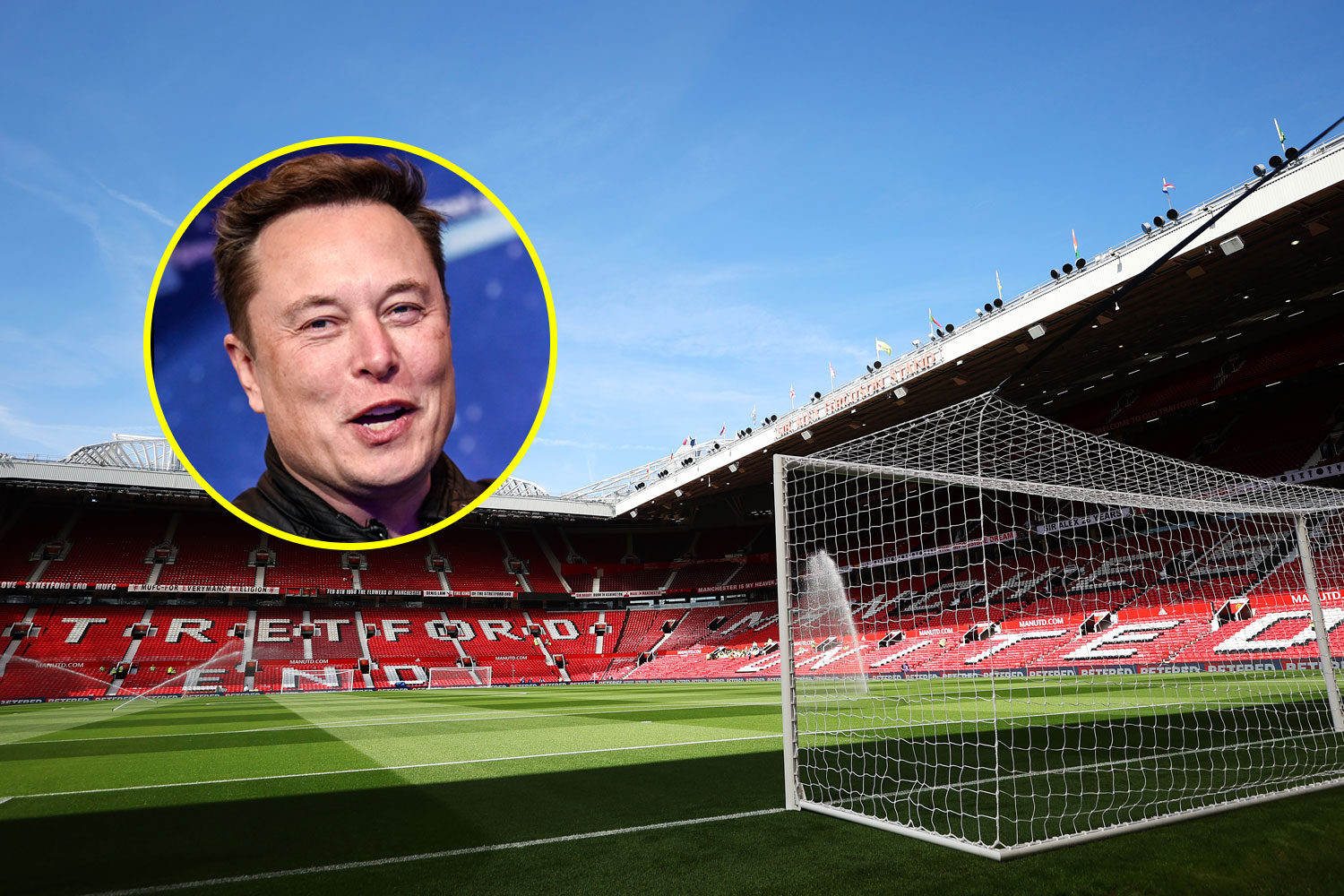 Manchester United have been described as a ‘laughing stock’ after Elon Musk joked about buying the club. The world’s richest man almost broke the internet by announcing his intention to buy the Red Devils, only to backtrack and admit he was joking. The billionaire admitted his tweet about buying the Red Devils was not serious Musk has more than 100 million followers on Twitter and sent them into meltdownTwitter But it was only a bit of fun at United’s expenseTwitter Musk tweeted: “To be clear, I support the left half of the Republican Party and the right half of the Democratic Party! “Also, I’m buying Manchester United ur welcome.” After the tweet garnered worldwide attention, Telsa owners asked Musk if he was serious – and the billionaire revealed United were only the brunt of a joke. He said: “No, this is a long-running joke on Twitter. I’m not buying any sports teams.” United fans are desperate for new ownership after a catastrophic start to the Premier League season – which has seen upset towards the Glazer family reach new heights. The Americans have owned the Red Devils since 2005 and their reign has been littered with protests due to the debt, dividends and mismanagement that followed their contentious takeover. Man United fans have launched regular protests against the GlazersGetty Most read in Football moves Alli to Besiktas, Man United's Rabiot deal collapses, Casadei to have Chelsea medical talent Rangers star 'should be in Premier League', says O'Hara, who he'd have at Tottenham HOPE Man United 'will be sold in the next 24 months' and 'there are people circling' DEAL 'It's in play' - Jordan reveals he's 'potentially looking at' buying Coventry City surprise Ajax's reaction to Man United's bid for Martinez and Arsenal's concerns revealed vile Andersen reveals death threats in '300-400' abusive messages sent after Nunez clash United have also fallen from grace on the pitch during the Glazers’ ownership, particularly over the last nine years, failing to challenge for the Premier League title after a period of dominance under Sir Alex Ferguson. Their opening two defeats, including a 4-0 humiliation at Brentford, came amid a seriously underwhelming transfer window which seems to be getting worse. A £15million move for Juventus midfielder Adrien Rabiot has collapsed and talkSPORT correspondent Alex Crook, who supports United, is officially fed up. He tweeted: “Waking up to Elon Musk joking about buying #MUFC sums up where the club are. “Have become a laughing stock and their Premier League rivals are mocking too. “Anyone got any more darts to chuck around?” Offer Of The Day PADDY POWER ALL CUSTOMERS: Bet £5 via the talkSPORT EDGE app with Paddy Power and get a £5 free bet – available to all customers* – CLAIM HERE BETFAIR NEW CUSTOMERS: Bet £10 on 13.50 York on Wednesday, Get £60 in Free Bets* – CLAIM HERE Paddy Power All Customers: Place a £5 Sportsbook Bet through the talkSPORT EDGE app between the 1st and 31st August. Get a £5 free bet on the next Monday after your qualifying bet. T&C’s apply. 18+ Begambleaware.org Betfair: 18+. New customer offer. Bet £10 on SBK on the 13:50 York, Wednesday, 17th August. Get a £10 free bet for each of the remaining races on the card (£60 in total). Only deposits with Cards apply (Apple Pay deposits excluded). T&C apply. begambleaware.org SEE ALL FREE BET OFFERS FOR NEW AND EXISTING CUSTOMERS HERE