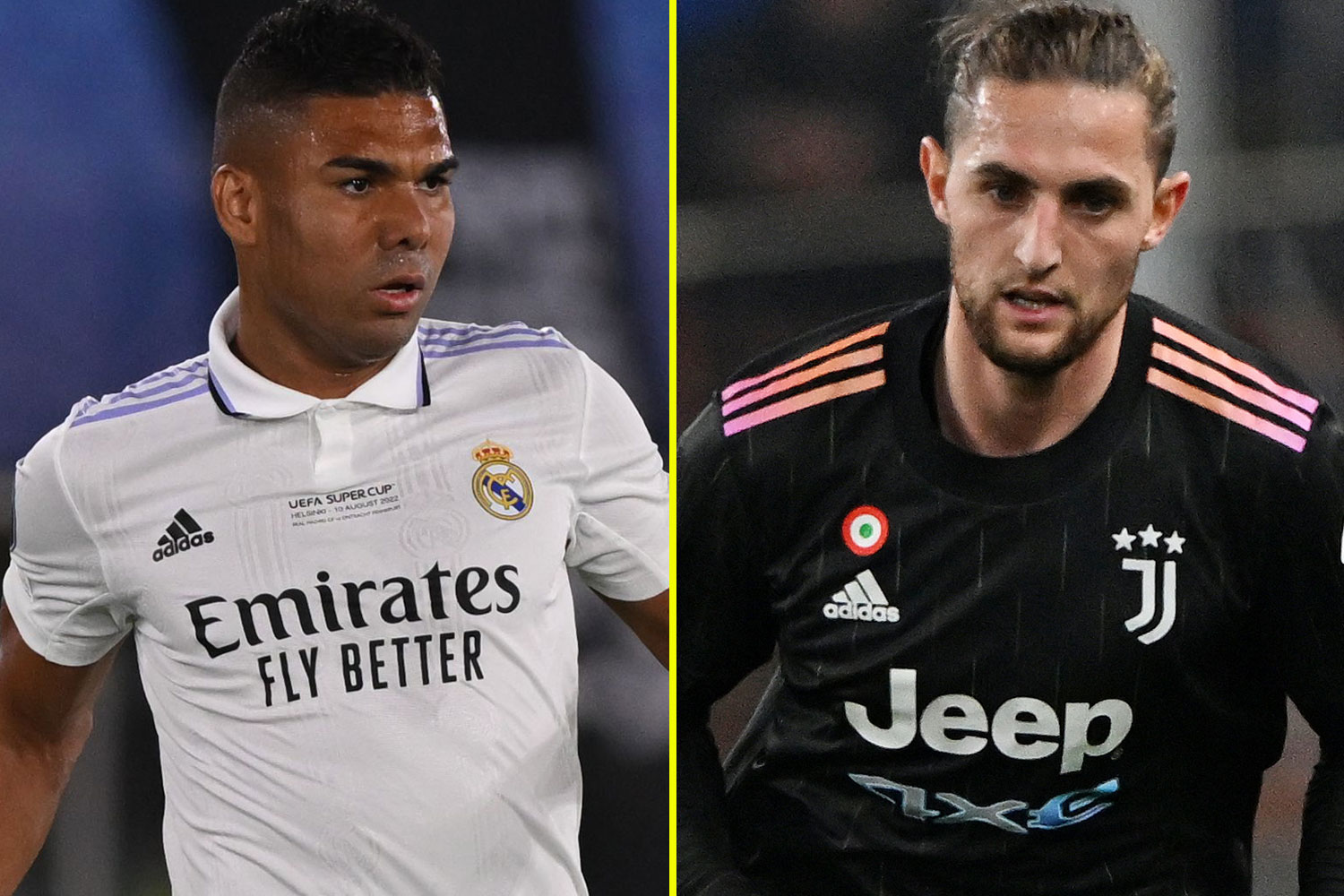 Manchester United have come in for more criticism with their move for Juventus midfielder Adrien Rabiot set to collapse. The Red Devils looked set to land the Frenchman having agreed a deal with his club last week. But it looks like Rabiot was asking for too much moneyGetty talkSPORT understands Rabiot’s mum and agent Veronique was demanding too much in terms of wages. The 27-year-old was asking to be made one of Man United’s top earners and the club walked away. This is the latest in a long line of setbacks the 13-time Premier League winners have experienced of late and talkSPORT’s Micky Gray has told the club to ‘buck their ideas up’ with the September 1 deadline looming. Reacting to the news that the Rabiot deal is on the verge of collapse, Gray told talkSPORT: “It’s an absolute disgrace, they knew they had to recruit in the summer and they’ve left it with 15 days to go in the transfer window. “They’ve brought in three players [Lisandro Martinez, Tyrell Malacia and Christian Eriksen] in this transfer window and they have not improved Manchester United. “If anything they’ve gone backwards when they’re supposed to be going forwards. Most read in Football moves Alli to Besiktas, Man United's Rabiot deal collapses, Casadei to have Chelsea medical HOPE Man United 'will be sold in the next 24 months' and 'there are people circling' DEAL 'It's in play' - Jordan reveals he's 'potentially looking at' buying Coventry City surprise Ajax's reaction to Man United's bid for Martinez and Arsenal's concerns revealed vile Andersen reveals death threats in '300-400' abusive messages sent after Nunez clash ban Darwin Nunez red card: Liverpool ace to miss Man United trip but could face Everton home Man United urged to sign Brentford or Newcastle strikers over Matheus Cunha goodbye 'I’m never going to play in Brazil again' - Why Willian is heading to Fulham Ten Hag and Man United look woefully unprepared this seasonGetty “Players who are walking through the door at Man United in the last 15 days of this transfer window are going to want top dollar. They know what situation they’re going to find themselves in. “It’s panic stations. A club like Manchester United getting it completely wrong, it’s an absolute disgrace. “They don’t know what’s going to happen with Cristiano Ronaldo either. Is he going to stay or is he going to go? “They need to buck their ideas up and get something sorted out because those supporters are absolutely seething.” Could Casemiro be on his way to Old Trafford now the Rabiot deal appears dead?Getty It is understood Man United are lining up Real Madrid midfielder Casemiro as an alternative to Rabiot. However, this is no more than a ‘pipe dream’, according to European football expert Kevin Hatchard. On the Casemiro to Man United reports, Hatchard said: “I would think it would be highly unlikely. Why would he swap Real Madrid, who have just won LaLiga and Champions League and have a great chance of winning again for a club that’s in the Europa League and in a complete and utter mess? “He’s still only 30. Yes, Real Madrid have only signed Aurelien Tchouameni and they’ve got other excellent midfielders that they’re trying to progress. “They wouldn’t want to let him go, I can’t imagine Carlo Ancelotti would want to sign off on that. “This looks like another pipe dream. You never say never in football but again they’re lurching from player to player. “What do they really want? The Marko Arnautovic thing was an absolute joke. It’s a clown school quite frankly.” Offer Of The Day PADDY POWER ALL CUSTOMERS: Bet £5 via the talkSPORT EDGE app with Paddy Power and get a £5 free bet – available to all customers* – CLAIM HERE BETFAIR NEW CUSTOMERS: Bet £10 on 13.50 York on Wednesday, Get £60 in Free Bets* – CLAIM HERE Paddy Power All Customers: Place a £5 Sportsbook Bet through the talkSPORT EDGE app between the 1st and 31st August. Get a £5 free bet on the next Monday after your qualifying bet. T&C’s apply. 18+ Begambleaware.org Betfair: 18+. New customer offer. Bet £10 on SBK on the 13:50 York, Wednesday, 17th August. Get a £10 free bet for each of the remaining races on the card (£60 in total). Only deposits with Cards apply (Apple Pay deposits excluded). T&C apply. begambleaware.org SEE ALL FREE BET OFFERS FOR NEW AND EXISTING CUSTOMERS HERE