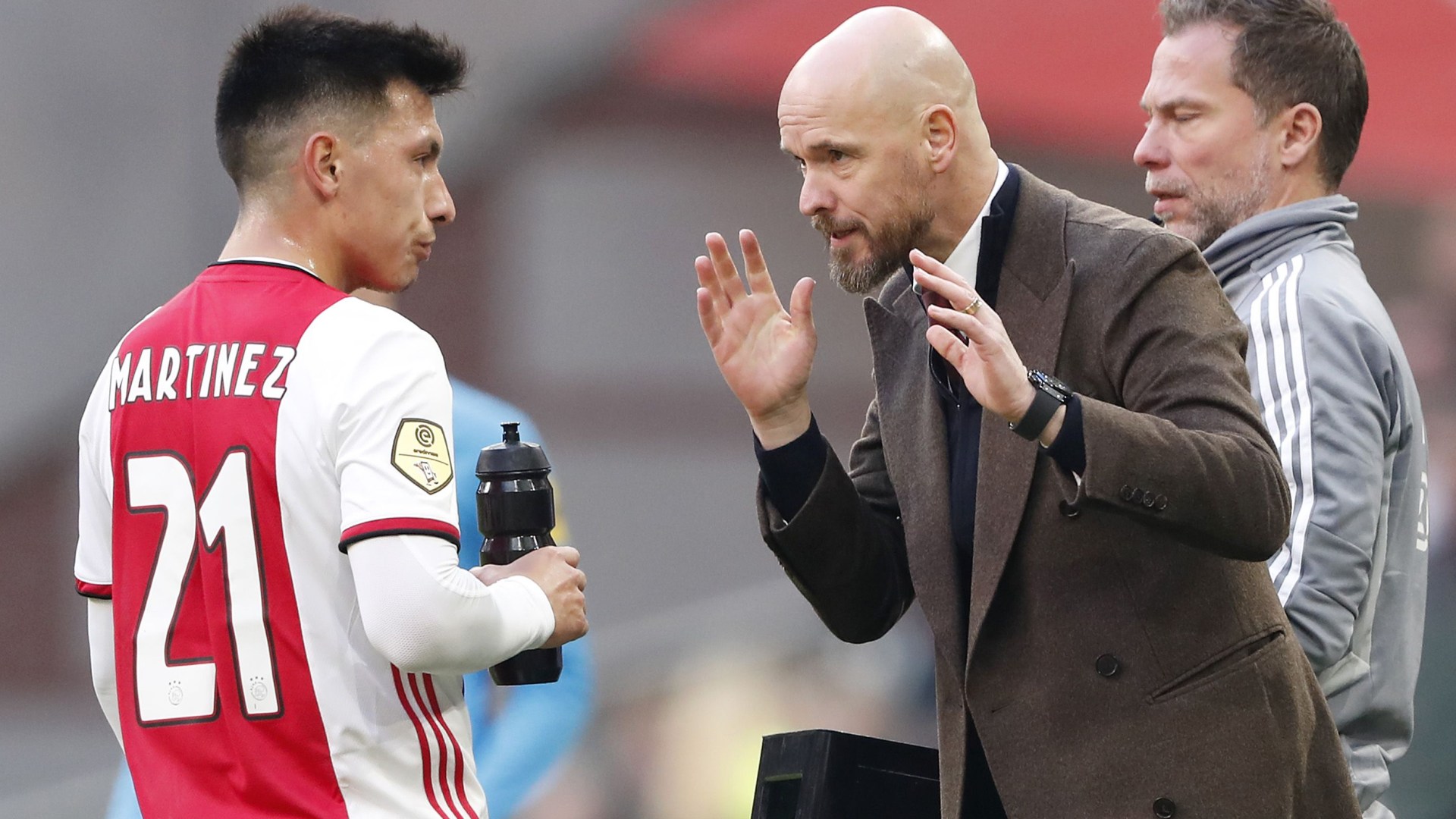 Manchester United are plotting a rival £40million bid for Ajax defender and Arsenal target Lisandro Martinez, talkSPORT understands. Arsenal have already made two offers for the Argentine and are awaiting a response from the Dutch club after tabling a second bid worth £35m. Martinez and Ten Hag worked together at Ajaxgetty He has made more than 100 appearances for the Eredivise champions, showing his versatility by playing in four different positions since joining them from Defensa y Justicia in 2019. He predominantly played as a centre-back last season despite being just 5ft 9in, but can also play at left-back, right-back, and defensive midfield. New Man United boss Erik ten Hag worked with him during his time in the Netherlands and looks keen to reunite with him at Old Trafford. The pair have won back-to-back titles together and the Dutch boss is said to be a big admirer of the versatile 24-year-old. Ten Hag highlighted his ability to play in various positions when there were reports that left-back Nicolas Tagliafico nearly left Ajax two years ago. The new United boss said: “In preparation, I will try Lisandro Martínez in that position. He has also played in midfield for us, but he is a defender.” Arsenal are also interested in the Argentine Most read in Football deal Raphinha to Chelsea, Man United eye double swoop, Jesus to Arsenal hailed by legend Look away Owen has response of all dads as daughter takes on infamous Love Island challenge elite Haaland may have just three years to join Chelsea target Sterling in exclusive club upset Saunders labelled an 'idiot' for comments on talkSPORT about Mane's move to Bayern close Man United agree deal for Dutch star, who has same agent as Frenkie de Jong so close Elanga almost breaks world box jump record in training session ahead of new season “I find Lisandro Martinez an excellent player, he is actually starting material and this is why I talk with him a lot,” he added. “But he has a lot of competition with Daley Blind, Tagliafico and [Ryan] Gravenberch. I can only start 11 players.” Offers Of The Day 888Sport – Bet £10 on Wimbledon, Get £40 In Free Bets* – CLAIM HERE Min deposit £/€/$10 • Offer is valid until 10/07/2022 23:59 • A qualifying bet is a ‘real money’ stake of at least £/€/$10 on Tennis market • Min odds 1/2 (1.50) • Free Bets expire after 10 days and valid only for Tennis • Free Bet stakes not included in returns • Withdrawal restrictions, payment methods, country & Full T&C’s apply. 18+ Begambleaware.org SEE MORE FREE BET OFFERS HERE