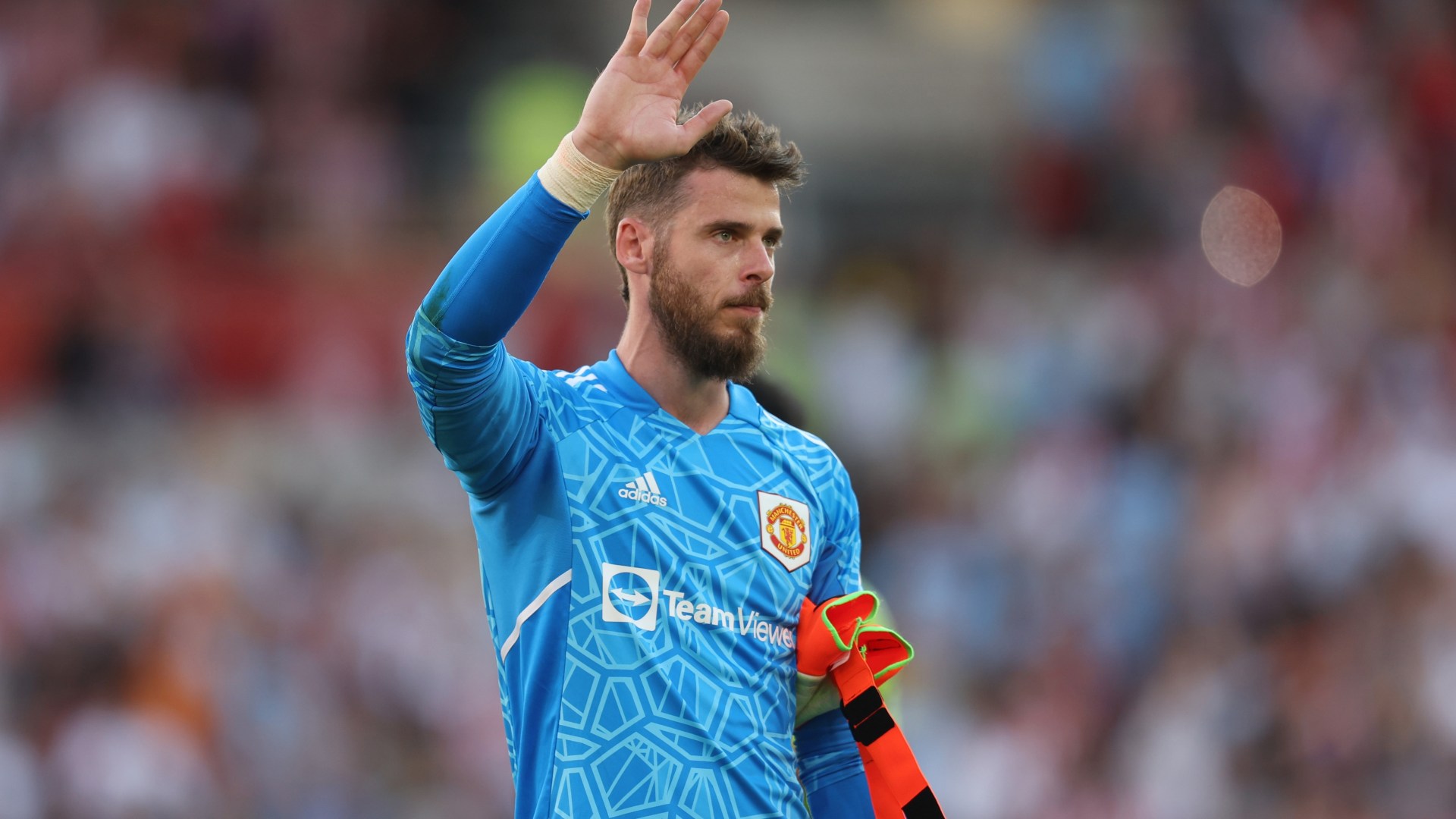 Manchester United may need to replace goalkeeper David de Gea should Erik ten Hag want to play out from the back, talkSPORT told. The Spanish shot-stopper has been No. 1 at Old Trafford since 2011 after he signed for a then-British record fee for a goalkeeper of £18.9million from Atletico Madrid. De Gea conceded four against Brentford and was at fault for the first twoGetty But De Gea’s time at the club could soon be up should Ten Hag insist on instilling his style of play, according to former Liverpool star Danny Murphy The 31-year-old goalkeeper came out after the game and apologised for his mistakes in his side’s 4-0 loss to Brentford on Saturday. And Murphy believes that, ultimately, De Gea won’t be able to perform at his best this season given Ten Hag’s philosophy doesn’t suit him. “The one thing about [Manchester] United that gets me is that if you want to play out from the back, I get it, right I get it, he [Ten Hag] wants to play football through the lines,” he said on Monday’s Game Night. “But if you’re going to play out from the back you have to have a goalkeeper who’s capable of doing it, and he’s [De Gea] not.” Should De Gea need to be replaced due to a new style of play, he won’t be the first keeper playing for a Manchester club to have experienced this. Ten Hag’s style of play hasn’t worked for United so farGetty Most read in Football gossip Everton reject Gordon bid, Ronaldp exit, Man United offer £42m deal for new striker PENALTYGATE Messi's reaction when Mbappe bumps into him as he asks Neymar for penalty rage Nunez 'a good boy', says Klopp amid calls for Liverpool man to get five-match ban near Man United set to sign Atletico Madrid star in £42million deal call up ‘Bring it on, son’ - Graeme Souness challenges Tyrone Mings to phone talkSPORT crazy Klopp raged as 'idiot' stops play by running on pitch as Liverpool chased winner Current Celtic star Joe Hart had been Manchester City’s No.1 and was two-time Premier League title winner. However, when current boss Guardiola arrived in 2016, he was dropped, with the Spanish manager in search of a shot-stopper that was better with his feet. The former England international was later sold to Burnley – and Murphy can foresee this happening to De Gea. He added: “It’s a bit like Joe Hart when he left [Manchester] City, he was a brilliant keeper, he’d had success at Manchester City, but Pep [Guardiola] came in, and he knew if he was going to play how he wanted to play, Hart had to go. Murphy believes Eriksen is also being asked to play in a way he hasn’t beforeGetty “So he wants to play out this really nice good football out the back from a goalkeeper who can’t do it.” The former pro then went on to explain that Ten Hag is also choosing to play others United stars out of their natural position, namely summer signing Christian Eriksen. The Danish midfielder is currently being deployed as a holding midfielder under the United boss, despite him always previously being an attacking midfielder. But besides putting Ten Hag putting square pegs in round holes, Murphy believes it’s ultimately the calibre of the squad that is the problem for the Red Devils. “The main thing is of course, that the quality he is isn’t there,” he said. “You can tweak and you can move people into different positions, ultimately that squad isn’t going to compete with Chelsea, City and Liverpool.” Offer Of The Day PADDY POWER ALL CUSTOMERS: Bet £5 via the talkSPORT EDGE app with Paddy Power and get a £5 free bet – available to all customers* – CLAIM HERE BETFAIR NEW CUSTOMERS: Bet £10 on 13.50 York on Wednesday, Get £60 in Free Bets* – CLAIM HERE Paddy Power All Customers: Place a £5 Sportsbook Bet through the talkSPORT EDGE app between the 1st and 31st August. Get a £5 free bet on the next Monday after your qualifying bet. T&C’s apply. 18+ Begambleaware.org Betfair: 18+. New customer offer. Bet £10 on SBK on the 13:50 York, Wednesday, 17th August. Get a £10 free bet for each of the remaining races on the card (£60 in total). Only deposits with Cards apply (Apple Pay deposits excluded). T&C apply. begambleaware.org SEE ALL FREE BET OFFERS FOR NEW AND EXISTING CUSTOMERS HERE