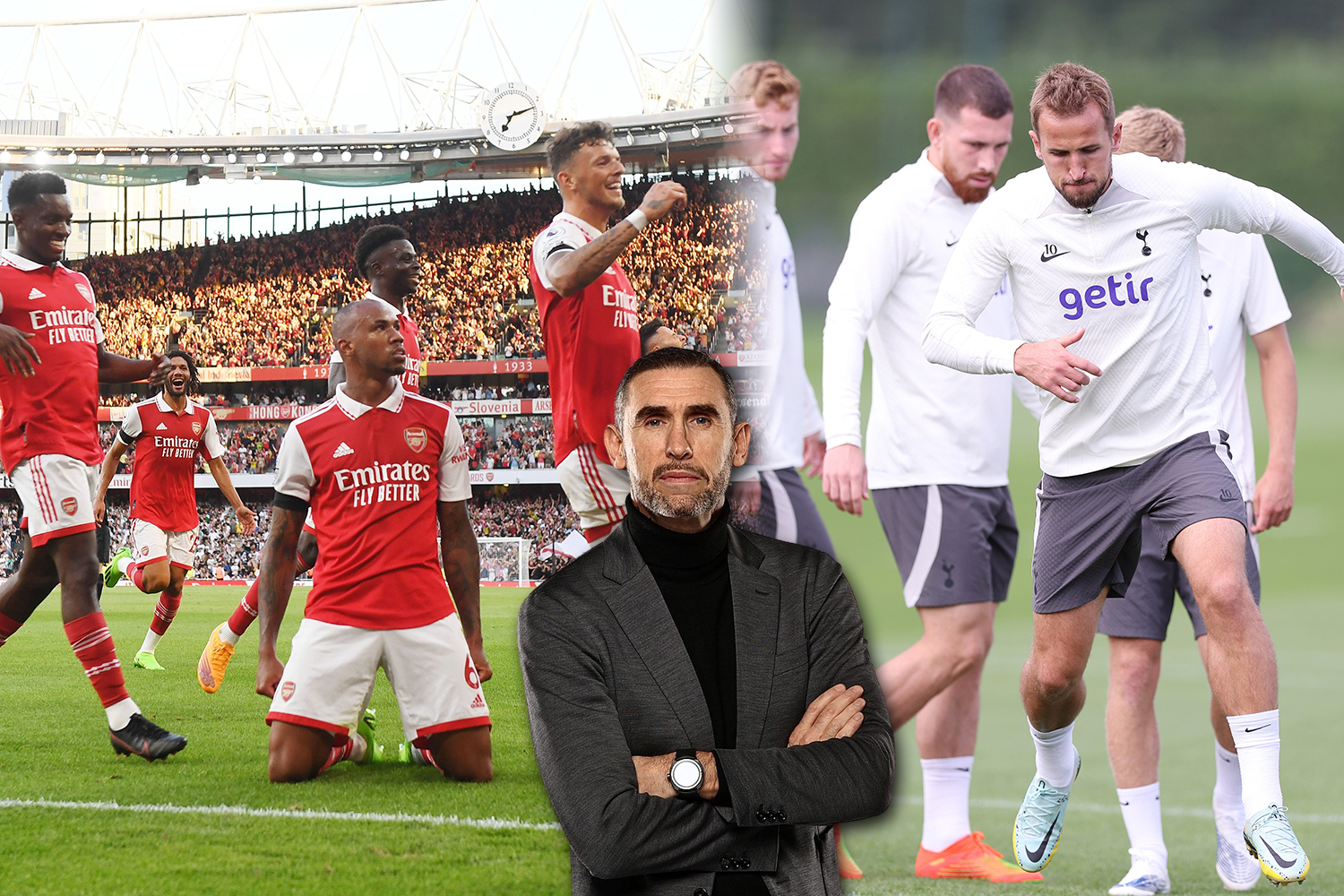 Mikel Arteta is bringing a feel-good factor back to Arsenal not seen since the days of the Invincibles, according to Martin Keown. The Gunners have made a wonderful start to the new season and went into the international break sitting top of the Premier League with six wins from seven matches played. Arteta’s Arsenal side are looking like the real deal in the early stages of the seasonGetty Keown wants Arsenal to show some Invincibles spirit against SpursGetty Images - Getty With a crunch clash with north London rivals Tottenham coming up, it’s time for Arteta’s side to prove they have what it takes to mount a genuine title challenge. In the 2003/04 season, Arsenal icon Arsene Wenger led his side to the Premier League title without losing a single fixture over the course of the campaign. That run eventually stretched to 49 games and signaled one of the most dominant spells in English football history, as well as making history with a record that is still yet to be beaten. While Arteta’s side are currently some way off such an achievement, things appear to be on the right track, with an impressive summer transfer window quickly paying dividends on the pitch. Gabriel Jesus has arrived from Man City to give the Gunners an attacking flair they have lacked over recent years, while they have shored up at the back, too, with William Saliba emerging as one of the top young defensive talents in Europe and Oleksandr Zinchenko bringing a new threat from full-back. And, on the eve of what could be a defining derby clash at home against their biggest rivals, Arsenal legend Keown insists things are looking up in the red half of north London and the ‘electricity’ of the Emirates Stadium is back. Most read in Football view Pearce proposes north London derby be played in the United States regret? Palace love Chelsea midfielders but Gallagher should've taken warning from loanee joker Haaland in hysterics after Manchester derby day promo message with Neville pick Documentary shows how Haaland chose Man City - and Man United weren't even considered NLD No Jesus and Martinelli but four Spurs stars in, as Parlour picks his combined XI overhaul Bowen and Soucek out, Scamacca starts in line-up West Ham fans are crying out for The Gunners could send out a real statement when they face Spurs this weekendGetty Speaking on White and Jordan, Keown said: “These guys are now building a reputation, that’s something that doesn’t happen overnight. “I remember standing in a tunnel and people are looking at Patrick Vieira and Emmanuel Petit and thinking, ‘this is over before it starts’ – but that took a long time. “From 1997 to when we went unbeaten in 2004, it was about building a reputation. Now, they’re building it again. “Everyone thought Arsenal had a soft underbelly but that’s not quite there any more. “The two central defenders, Saliba and Gabriel, they’re two tough men. They’re strong and win the battles. “Even Granit Xhaka is now becoming a fan favourite. Who would have thought that was going to happen? So there’s a change taking place. “Arsenal are reemerging. “I’ve been really immensely impressed with Arsenal this season, it’s a different Arsenal. “To go to Brentford and win as they did, emphatically… if you go 12 months ago it was a terrible start for Arsenal against the same team, but they almost bullied Brentford this time, played them at their own game. “Arsenal are really going through the gears. The Spurs players who will walk into that stadium tomorrow at the Emirates will see something very different. “It’s a unified ground now with the fans and players, they totally 100 per cent believe in this team and there’s an electricity the Spurs players wouldn’t have noticed or played against before. “Arsenal have momentum, they’re winning games, they’re going after teams, they’re not sitting back – they’re doing what the Invincibles would have done, or the early Arsenal teams. “It’s a return to an Arsenal team that we once knew. “Standing in their way is a really outstanding manager with a really well oiled team in Antonio Conte and Tottenham, he really is a top, top coach and they are unbeaten this season. “So it’s a huge game and it’s really difficult to call. Where Arsenal and Spurs are, it’s as even as I can remember it, ever. “I feel it would be a huge disappointment for Spurs if they weren’t to win a trophy. This is the best Spurs squad I’ve seen in years. “But I felt whenever we played these games that it was more about playing not with your heart, but playing with your head. All around you there’s a storm – the fans, the noise… “When I look back at some of these games, I’ve seen it all, but what we’re seeing now is the closest these two clubs have ever been, and that’s when there’s more riding on it than ever. Tune into talkSPORT for LIVE and EXCLUSIVE commentary of Arsenal vs Tottenham in the Premier League, Saturday October 1, kick-off: 12:30pm