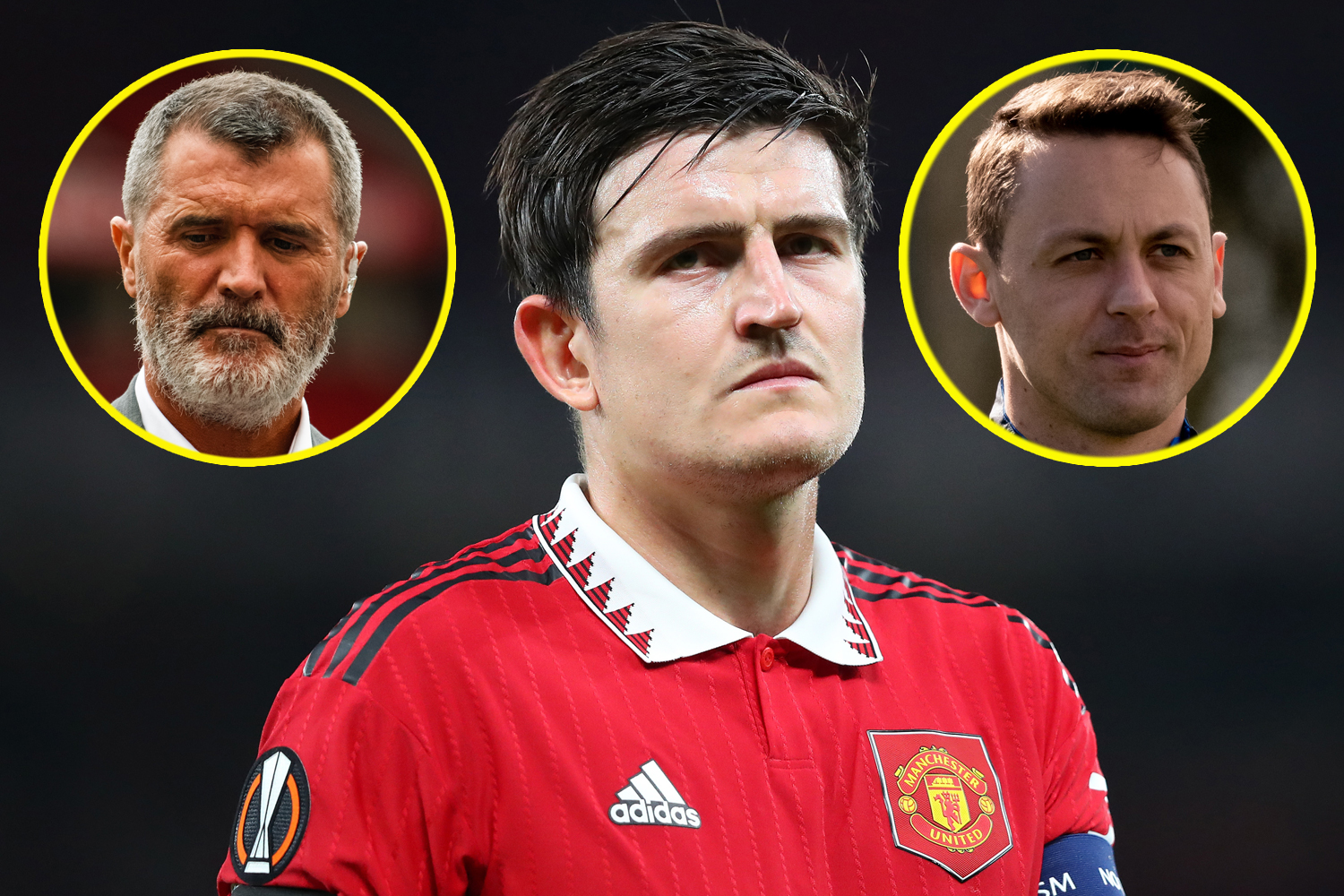 Nemanja Matic has leapt to the defence of Harry Maguire amid the criticism his former Manchester United teammate has received. Maguire has been a huge target for critics of the Red Devils, with the defender finding himself on Erik ten Hag’s bench in recent weeks. Maguire has had a tough time of late, according to MaticGetty Matic leapt to the defence of his former teammate, MaguireGetty Despite being out in the cold at Old Trafford, Maguire was handed a start for England against Italy in the Nations League, a match that the Three Lions went on to lose 1-0. While all players must learn to accept criticism, Matic believes that his former teammate has taken on more than he’s deserved He told The Times: “What people are doing to him, it is a disaster. “Everything has to have limits and some of these people writing on social media, they don’t have their own lives so they just have to write bad things about someone else.” One pundit who rarely shies away from giving his opinion on Maguire or any other Manchester United player is Roy Keane, but according to Matic, the ex-midfielder must remember that times have changed since he was Red Devils captain. He said: “I have respect for what he has done but he needs to understand that football has changed. Most read in Football depth Henderson hints being on Man United bench last season could mean he misses World Cup fee Man City hope to beat Man United, Chelsea and Liverpool to Bellingham in bargain deal PAINFUL Ronaldo bloodied but fights on - only to miss a chance and give away a penalty third wheel Murray wants to take McCoist out for 60th birthday - but Brazil isn't invited tribute Tony Adams' Arsenal-themed Strictly debut sees golden cannon and Granada dance past Keane booed and Berbatov scores beautiful goal, but Liverpool legends beat Man United Keane has become renown for his stinging rants about Man United since hanging up his bootsGetty “If I played for Chelsea, I cannot say I hate them. I cannot be angry when I’m talking to the press after the game. “The way he behaved on pitch, 70 per cent of it is a red card today. “You cannot throw a punch when all the cameras in the world are there. “The real hero is when you go out on the street and say something, but he was always very nice with me, so what he says in public, to be honest, I don’t really care. “I know what I’ve done in my career and I’m very happy.” Watch the World Cup with talkSPORT At talkSPORT we are powered by fans, so come and join us for the ultimate World Cup fan experience this winter – at the talkSPORT Fan Zone. In a huge indoor venue under the arches at Waterloo in London, we’ll bring you live screenings of every World Cup game. There will be Q&As with talkSPORT talent, you’ll be part of our live broadcasts, and there will be plenty of food and drink on offer too. Come and enjoy the best World Cup fan experience in London – and enjoy a pint on us – with tickets for England and Wales’ group stage games on sale now HERE!