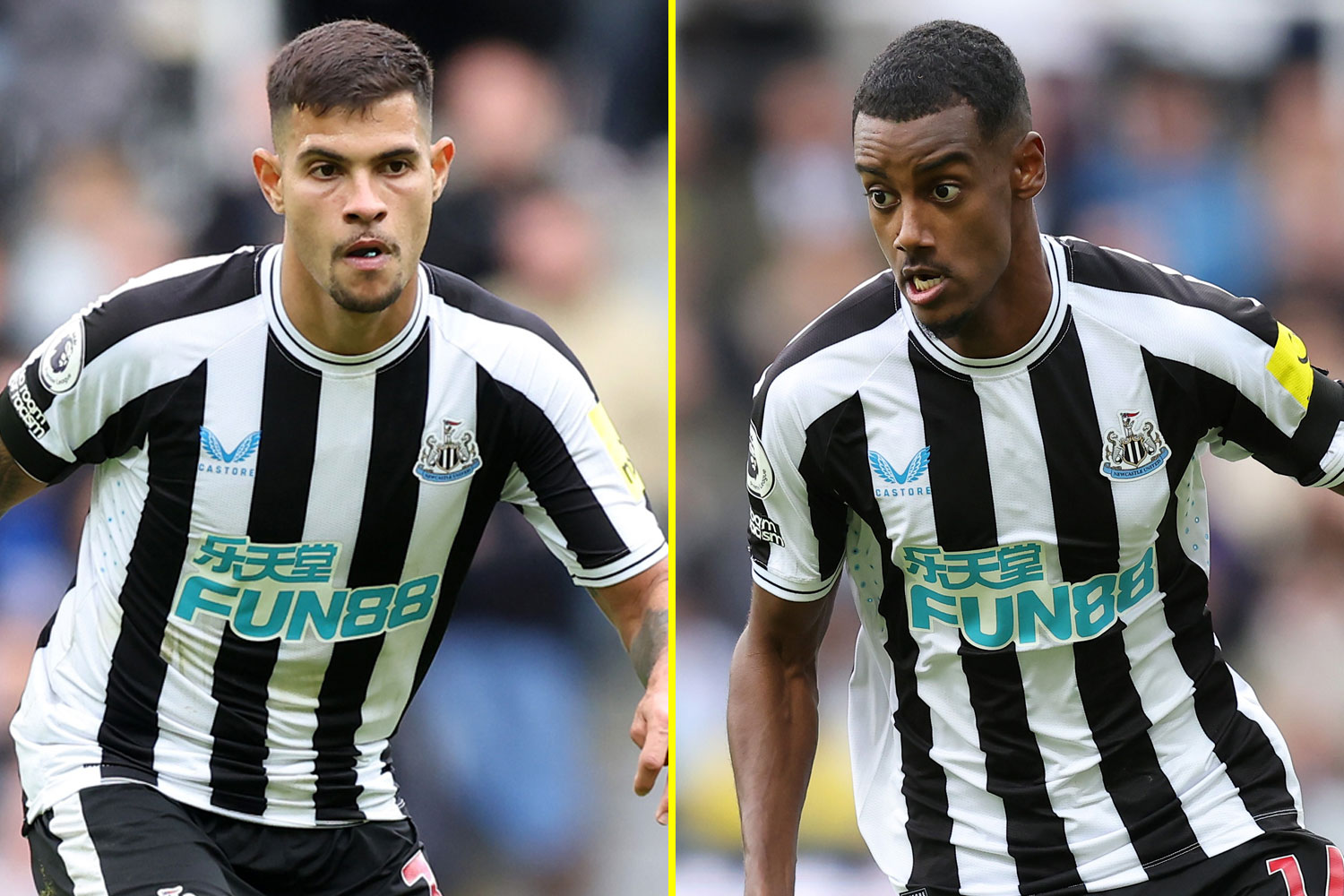 Newcastle United have dealt a double blow after Bruno Guimaraes and Alexander Isak both picked up injuries whilst on international duty. Midfielder Guimaraes suffered a thigh strain in training ahead of Brazil’s 3-0 victory over Ghana last Friday and played no part in the friendly. Bruno Guimaraes could be set to miss Saturday’s game at Fulham after picking up a thigh injuryGetty The former Lyon man withdrew from the squad and returned to Tyneside in a bid to be fit for the weekend’s trip to Fulham. The setback comes just one week after the Brazilian returned from a three-week layoff after picking up a hamstring injury in the League Cup win at Tranmere last month. Club-record signing Isak also jetted back to the north east after suffering a calf injury whilst away Sweden. The £60million man is expected to be out for up to three weeks leaving Eddie Howe in limbo with few attacking options to call upon. Winger Allan Saint-Maximin is working his way back to full fitness after a hamstring complaint, while back-up striker Chris Wood is struggling with a rib injury and is a doubt for Saturday’s trip to Fulham. But Howe’s blushes could be spared with the return to training of Callum Wilson after missing the last seven games with a hamstring injury. Record signings Alexander Isak is set to be out for three weeks after picking up a calf injurygetty Callum Wilson is back in training after four weeks on the sidelines with a hamstring injuryGetty Most read in Football defence Maguire someone 'you want to go into battle with' as England legend defends him thriller England score three times in 12 minutes in stunning comeback, but are denied win dire Four arrests as 100 German fans storm Wembley pub and attack England supporters' LIVE England 3-3 Germany LIVE REACTION: Hosts score THREE in 11 minutes but can't hold on foul Maguire's nightmare form continues as he gives away penalty during England clash gold Argentina team 'the best' Messi has played in thanks to help from forgotten Spurs man Newcastle are winless in their last six Premier League games since a 2-0 opening day win against Nottingham Forest. The Magpies sit 10th in the table but have drawn five and lost once since the victory against Steve Cooper’s side. But Howe knows he needs to quickly turn draws into wins to avoid his side being pulled towards the bottom three, with just four points separating 10th and 18th position. Watch the World Cup with talkSPORT At talkSPORT we are powered by fans, so come and join us for the ultimate World Cup fan experience this winter – at the talkSPORT Fan Zone. In a huge indoor venue under the arches at Waterloo in London, we’ll bring you live screenings of every World Cup game. There will be Q&As with talkSPORT talent, you’ll be part of our live broadcasts, and there will be plenty of food and drink on offer too. Come and enjoy the best World Cup fan experience in London – and enjoy a pint on us – with tickets for England and Wales’ group stage games on sale now HERE!

Tottenham, Chelsea will have to pay €70-80 million for Bundesliga target