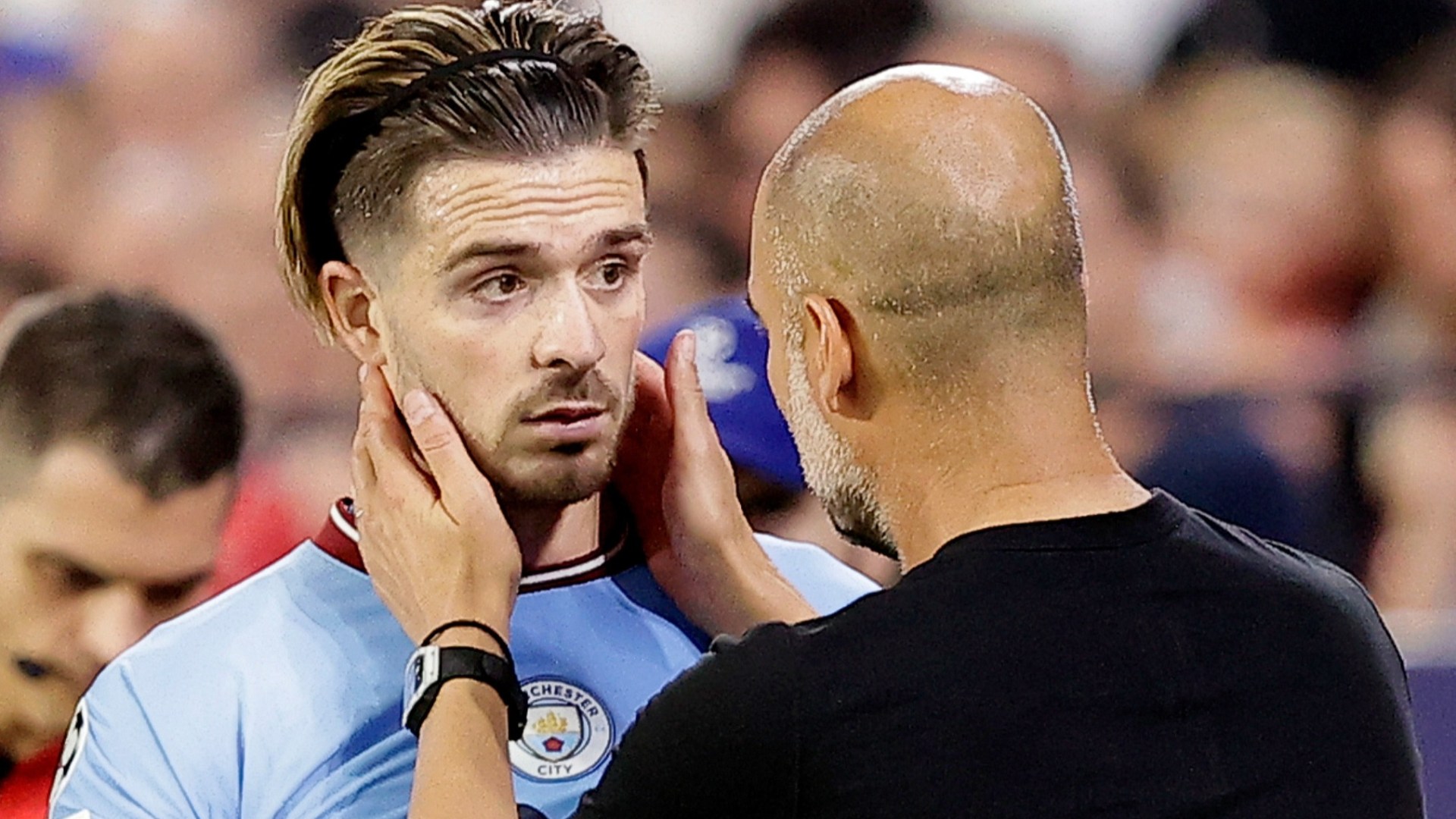 Manchester City manager Pep Guardiola has launched a public defence of Jack Grealish – but talkSPORT pundit Tony Cascarino is not buying it. The England forward has struggled for goals and assists since his record-breaking £100million move to City from Aston Villa in 2021. Grealish is yet to open his account for the 2022/23 campaignGetty Having been involved in 32 goals during his last two seasons at Villa Park, Grealish has so far only played a part in six during his time at the Etihad. Nevertheless, Guardiola insists the 27-year-old plays a different role for his team and hit back at critics. The Spaniard said on Friday: “Last game, in the final third, he was the only one up front who makes aggressive runs one against one, but to make assists he didn’t have his mates in the box so we left him isolated. “When he goes against the full-back, only Erling was there. Gundo was not there, Kevin was not there and they should be. “In the first-half especially with the ball we didn’t make any movements to help the players who had the ball and give him more possibilities to make it easier. “I’m more than happy and delighted with what he’s doing. Now it’s just a question of time to get back a little bit his momentum he had at the beginning of the season.” Guardiola insists he is pleased with GrealishGetty Most read in Football Confused 'Why watch club football?' Southgate criticised for picking Maguire and not White UNSTOPPABLE 'Goal pig' Haaland closes in on 20-year Premier League record with Wolves next LIVE Villa 1-0 Southampton LIVE reaction: Ramsey's goal eases pressure on Gerrard livid 'If I see silver bro…' - Bassey hilariously storms out over 'joke' FIFA card reveal wrong 'Messi, Ronaldinho, Maradona, Pele... Gallas?!' - Carroll's no.2 shirt causes debate problem Arsenal suffer new injury blow and defender faces race to be fit for Tottenham game Guardiola added: “We didn’t sign for the incredible goals or assists at Aston Villa. “It was another reason and when he played he did it. I want [him] to make goals and assists and he does too. “But it’s not about that, it’s about his contribution without the ball and what he can produce for the other ones.” However, ex-Republic of Ireland striker Cascarino insists Guardiola will be disappointed with Grealish’s numbers in private. Cascarino suggests Guardiola will have a different opinion away from the mediaGetty Many have argued that Grealish faces different challenges at City, but Cascarino insists the best players overcome, highlighting Kevin De Bruyne as an example. “At £100m, a British record fee, the scrutiny is at the very highest level – and Jack is falling short,” Cascarino said. “He still hasn’t guaranteed himself in the England team. He’s played in a title-winning team and Gareth still hasn’t been convinced to start him as one of his main men. “I don’t think he is one of Pep’s main men like [Kevin] De Bruyne or [Erling] Haaland. He doesn’t feel like that with Jack.” Teams have not found a way to nullify De BruyneGetty Cascarino added: “De Bruyne has had that for the last five years. Everyone tried to stop De Bruyne. Have they stopped him? No. “Have they stopped Grealish? Yes. I recognise all of his talents, but De Bruyne has found a way. “If you are a £100m player, one of the best technical players around, you have to overcome.” Cascarino continued: “Pep is defending his player, but if you ask him privately I bet he’d say he’s a little disappointed in Jack. “You would be. He’s had a year in a title-winning team and he’s got low numbers. You can’t have low numbers.” Watch the World Cup with talkSPORT At talkSPORT we are powered by fans, so come and join us for the ultimate World Cup fan experience this winter – at the talkSPORT Fan Zone. In a huge indoor venue under the arches at Waterloo in London, we’ll bring you live screenings of every World Cup game. There will be Q&As with talkSPORT talent, you’ll be part of our live broadcasts, and there will be plenty of food and drink on offer too. Come and enjoy the best World Cup fan experience in London – and enjoy a pint on us – with tickets for England and Wales’ group stage games on sale now HERE!