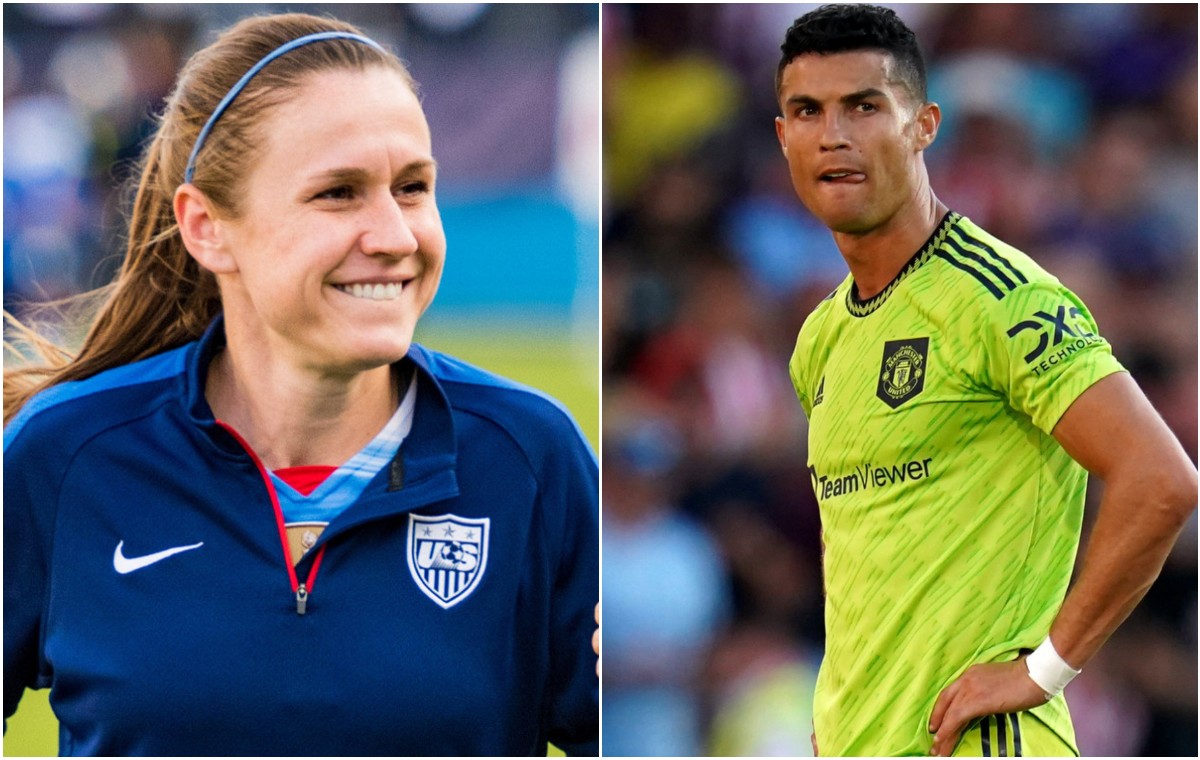 US Women’s National Team star Heather O’Reilly has hilariously trolled Manchester United star Cristiano Ronaldo over the fact that she’s about to be playing in the Champions League at the age of 37, unlike the Portuguese superstar.Ronaldo is currently at Man Utd, but his future has been in doubt for some time after the club’s failure to qualify for the Champions League last season.Ronaldo has become a name synonymous with Europe’s biggest club competition, and it seems O’Reilly couldn’t resist a cheeky little dig at the 37-year-old as he’s currently stuck waiting to play in the Europa League with United… Heading to go play Champions League at age 37 and Ronaldo isn’t ? HAO-7 pic.twitter.com/t7a8ph9or4 — Heather O'Reilly (@HeatherOReilly) August 16, 2022 More Stories / Latest News “It’s a really strange club at the moment” – Former Man Utd ace responds to recent striker transfer links Aug 17 2022, 14:44 Manchester United may have to pay €100m for attacker transfer Aug 17 2022, 14:18 Ligue 1 club interested in out-of-favour Arsenal star Aug 17 2022, 14:06 Ronaldo is a legend of the game, so this is surely just a playful dig rather than anything too disrespectful towards an all-time great.EXCLUSIVE: Manchester United identify “dream” target after Rabiot deal falls throughThe post (Photo) Heather O’Reilly hilariously trolls Manchester United star Cristiano Ronaldo appeared first on CaughtOffside.