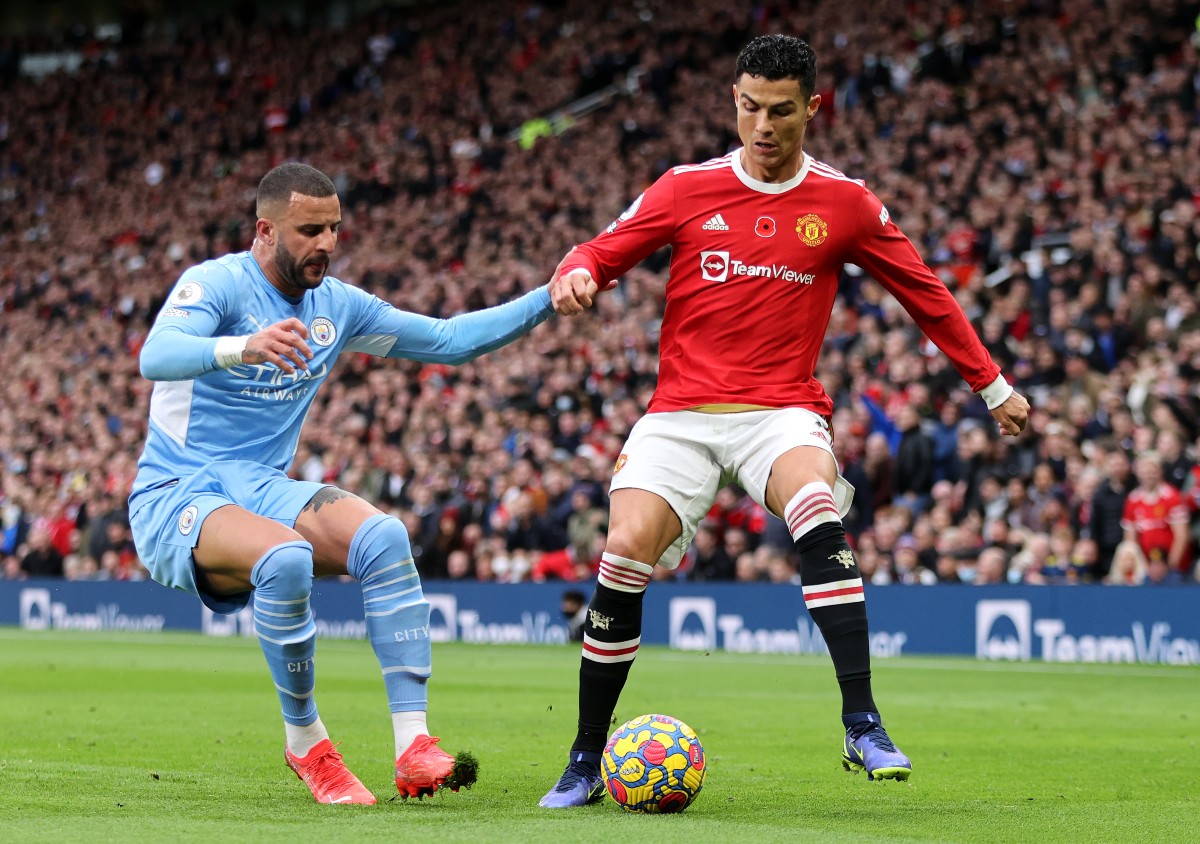 Manchester United star Cristiano Ronaldo was also a transfer target for Manchester City last summer, but how close was the move to actually going through?Writing in his exclusive column for CaughtOffside, Fabrizio Romano has weighed in on that crazy saga from a year ago, with Man Utd appearing to hijack the move late on and seal Ronaldo’s emotional return to Old Trafford.It seems, however, that Ronaldo may not have been as close to a move to City as some outlets reported at the time, with Romano explaining that there were still some issues at the player’s end, while certain members of the board at the Etihad Stadium still hadn’t fully given the move the green light.Ahead of this weekend’s Manchester Derby, Romano took a look at the players who could’ve been lining up for the other team, with these two top clubs often likely to have some similar players on their list of targets.Cristiano Ronaldo in action for Manchester UnitedDiscussing Ronaldo in particular, Romano said: “As you’ll remember last summer, there were talks over a surprise move for Cristiano Ronaldo to join Manchester City.“Still, it was never 100% approved by the board or by the technical staff at City. There were also some issues at Ronaldo’s end with his agent Jorge Mendes, so the deal collapsed, even though Juventus were happy to accept the move.“In the end, United appeared on the scene and Ronaldo was happy to join them as soon as their interest became apparent.” More Stories / Latest News Fabrizio Romano provides update on Barcelona star’s future amid Arsenal transfer links Sep 27 2022, 9:00 “Solskjaer tried to persuade him” – Man City summer signing “was close to joining Manchester United” Sep 27 2022, 8:34 Revealed: How close Cristiano Ronaldo really came to sealing Man City transfer last year Sep 27 2022, 8:03 It would surely have been painful for Red Devils fans to see a club legend like Ronaldo playing for their rivals, even if, one year on, some will be wondering if it was really the right move to bring the Portugal international back for a second spell.Although Ronaldo started well last term, he’s showing his age now and is no longer a guaranteed starter under new manager Erik ten Hag.The post Revealed: How close Cristiano Ronaldo really came to sealing Man City transfer last year appeared first on CaughtOffside.