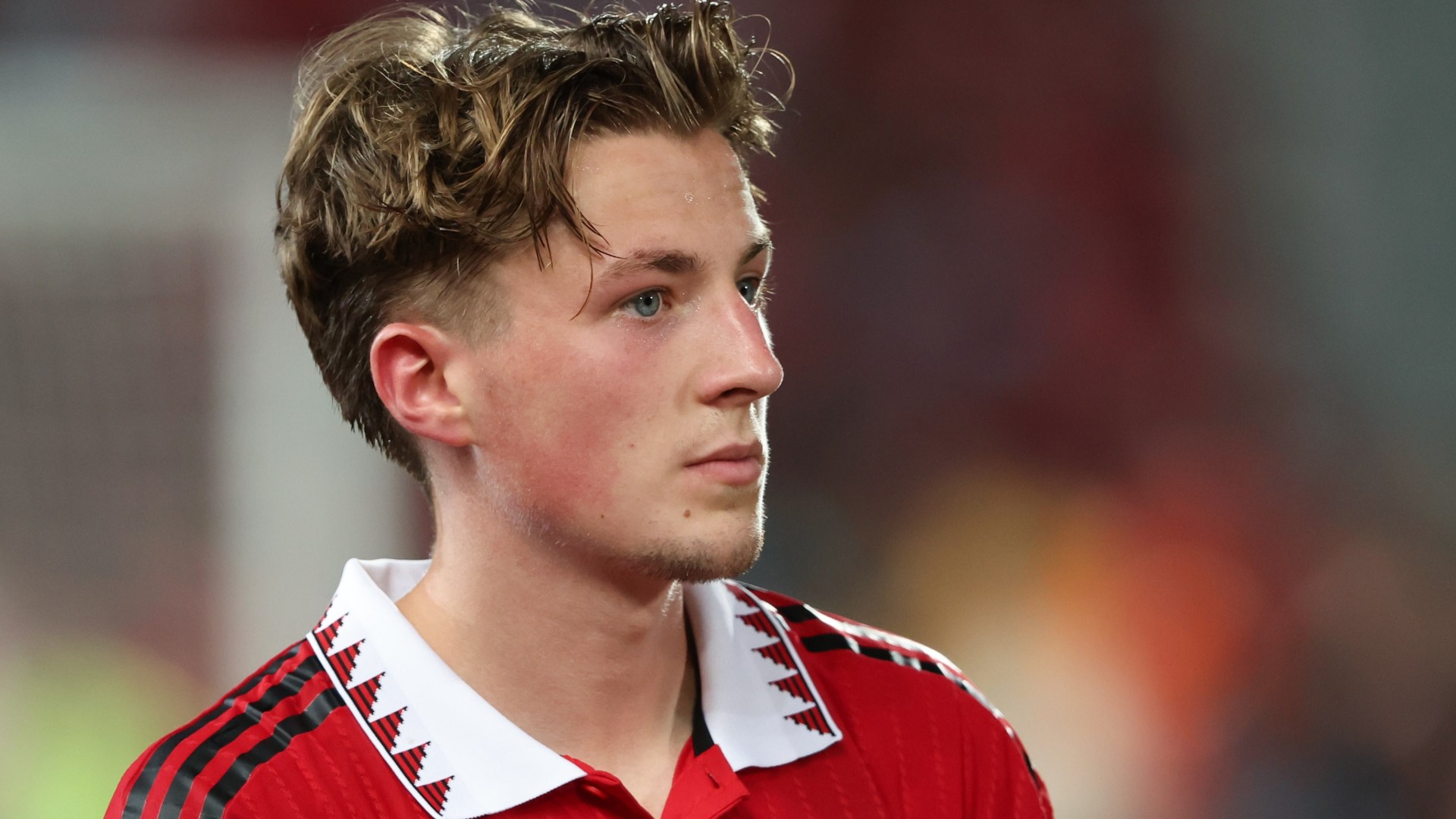 Charlie Savage, the son of former footballer and now-TV pundit Robbie, is set to join Forest Green on loan from Manchester United. The 19-year-old will continue his development with a temporary switch away from Old Trafford for the remainder of the season. Savage, son of Robbie, is set to join Forest Green on loan from Manchester UnitedGetty Savage, son of the ex-Leicester and Blackburn midfielder, had been attracting interest from several clubs in the English Football League. The Wales Under-21 international is now expected to head to The New Lawn and help Forest Green avoid relegation from League One as they sit rock-bottom of the league in 24th place. Savage has made one appearance for Man United, which came in a 1-1 draw against Young Boys in the Champions League back in December 2021. He was also part of the substitutes in Ralf Ragnick’s final match at the Red Devils helm, as they lost 1-0 to Crystal Palace, having previously trained with Ipswich Town. Since then, Savage has impressed Erik ten Hag, and was part of the squad that travelled on the pre-season tour of Australia and Asia. He also featured for the club in their mid-season friendlies against LaLiga side Cadiz and Real Betis, during the World Cup. Most read in Football Spurs to sign Everton target Danjuma, Gordon misses training, Man United duo to leave Deeney reveals call from Maguire's agent after his comments about Man United on talkSPORT UEFA set to introduce five-year FFP limit amid Chelsea's long-term player deals 'All tricks and no substance' - Man United appear to have bought an £85m YouTube player Maguire and McTominay allowed to leave, Wolves prepare for departures, Vieira transfer row Arsenal complete £22m signing, Rice favours Gunners and Arteta wants Spanish wonderkid The 19-year-old made his debut for United against Young Boys in the Champions League back in 2021Getty Savage is a box-to-box midfielder and somebody who likes to get forward with the ball, having previously studied clips of Paul Scholes and Michael Carrick. He is also tenacious in the tackle – like father, like son – and likes to provide the necessary cutting edge. The Leicester-born teenager recently put pen-to-paper on a new United contract in May, which runs until the summer of 2025. Savage started 23 of United’s under-18 matches, and has 19 appearances for the under-23 side so far. Keep up to date with all the latest news, rumours and gossip with our LIVE transfer blog