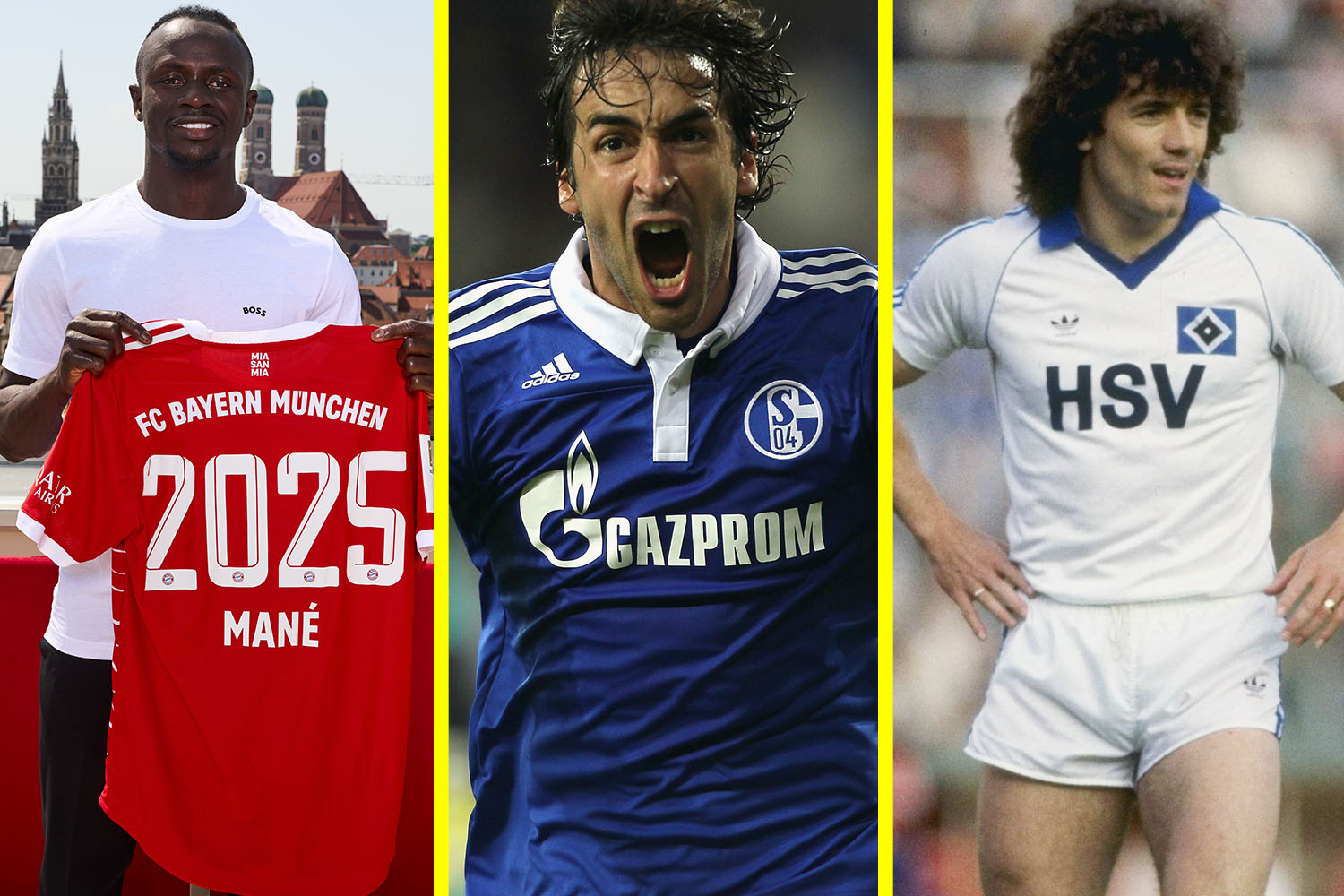 Bundesliga side Schalke and German football fans have responded to the bold claim that Sadio Mane is the league’s biggest ever signing. The AFCON winning captain, aged 30, has joined Bayern Munich in the prime of his career, leaving Liverpool as one of Europe’s very best players. Is Mane the Bundesliga’s biggest ever signing?Twitter - @FCBayernEN Some other stars can make a decent case though Moving for as little at £35million due to his contract expiring next year, Mane is seen as a huge coup for the Bavarian giants, who look set to lose star striker Robert Lewandowski to Barcelona. In much of the recent past, the vast majority of German sides have been selling clubs, aside from Bayern, with big money arrivals from abroad a rarity. That was confirmed by the club’s head coach, Julian Nagelsmann, who spoke about the financial disparities between the Premier League and Bundesliga after meeting his new forward for the first time. “We don’t have to make ourselves smaller than we are,” he said. “We are Bayern Munich, and of course we always have the chance to bid for big stars.  “That is sometimes a problem of financing, especially when the boys have played in England. Then it is often the case that they do not quite accept our salary proposals. “That was different with Sadio, because he was just really interested – in the project, the club, and the teammates.” Even clubs as big as Bayern have to purchase locally like they did with Lewandowski from Borussia Dortmundgetty Most read in Bundesliga opinion Sinclair offers three reasons why Mane left Liverpool, including Klopp comments SWAP Sane's dad suggests Mane could get his Liverpool shirt number from him at Bayern CONFUSED Saunders and Owen 'still baffled' why Mane has ditched Liverpool for Bayern Munich DUMPED Mane's reason for leaving Liverpool for Bayern Munich will leave fans heartbroken No.1 fan Mane says he is keeping his house in Liverpool so he can come back to the club latest Mane pictured in Bayern shirt as Liverpool star lands in Germany to seal transfer Bringing players like Mane to Germany is so rare though, that national broadcasters Deutsche Welle pondered if he’s the biggest star ever signed by a Bundesliga side, with some interesting replies. Schalke, who returned to the top division this year, where one of the first to respond, with the caption ‘discussion over’ and a picture of Real Madrid legend Raul in royal blue. The Spanish legend moved to north west Germany in 2010 after leaving Madrid as an all-time great, and enjoyed success with Schalke – scoring a goal every other game as the side won the DFB Pokal, and made the Champions League semi-finals. Discussion over. https://t.co/eqNoY1mx8b pic.twitter.com/OK6yCL5YqF— FC Schalke 04 (@s04_en) June 22, 2022 Hamburg fans and supporters groups were also quick to get involved, singling out two legends of the game. English footballing legend Kevin Keegan moved to HSV in 1977 off the back of winning the European Cup with Liverpool, and went on to enjoy success with a team that hadn’t finished higher than sixth in the previous two decades. Keegan led the side to the league title in his second year, and picked up consecutive Ballon d’Or wins as the best player in the world. Few players have had more trophy-laden careers than Robben did with BayernGetty - Contributor Van Nistelrooy quickly became a legend in Hamburg Much like Raul, Ruud van Nistelrooy was another who left Madrid for Germany when he joined Hamburg in 2010, following a similar path to Xabi Alonso, who went from Real to Bayern. Many replies also mentioned Arjen Robben, who trod the same path as Alonso, before spending ten years in Bavaria where he won a whopping 20 trophies including a European treble in 2013. The chances that 30-year-old Mane lasts a decade in Munich are virtually none, but he arrives with a similarly huge status, and a chance to continue the club’s trophy-winning legacy. Offers Of The Day 888Sport – Bet £10 Get £30 In Free Bets + £10 Casino Bonus* – CLAIM HERE New customers only. Min deposit £10 • A qualifying bet is a ‘real money’ stake of at least £10 • Min odds 1/2 (1.5) • Free Bets credited upon qualifying bet settlement and expires after 7 days • Free Bet stakes not included in returns • Casino Bonus must be claimed within 7 days • To withdraw bonus/related wins, wager bonus amount x40 within 14 days • Casino bonus expires after 60 days • Withdrawal restrictions & full T&Cs apply 18+ begambleaware.org SEE MORE FREE BET OFFERS HERE

Petition calling for Anthony Taylor to never referee a Chelsea match again gets over 40,000 signatures after Blues’ draw at home to Tottenham