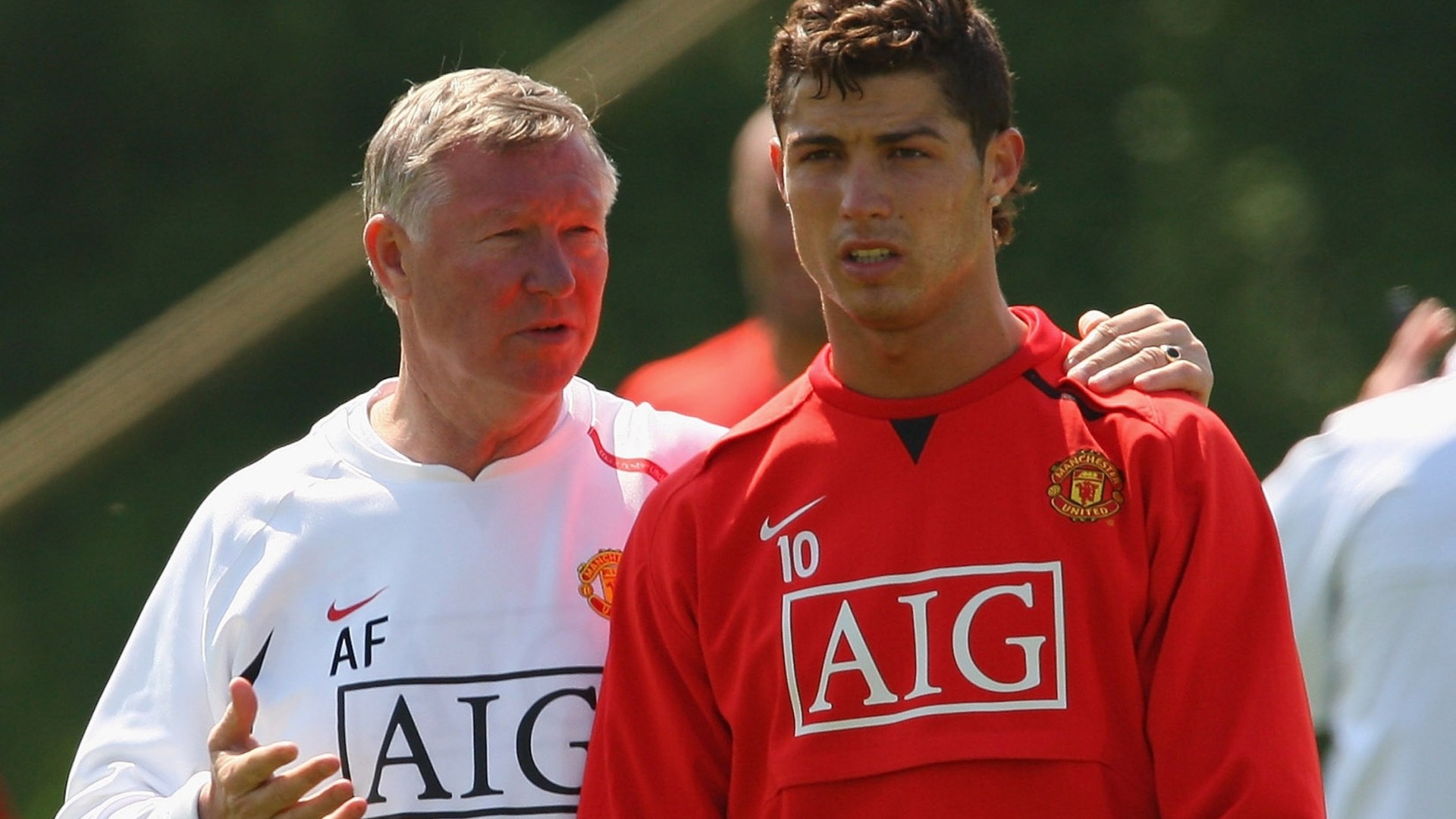 Tony Cascarino insists legendary Manchester United manager Sir Alex Ferguson would get rid of Cristiano Ronaldo under the current circumstances. Ronaldo is widely believed to be pushing to leave Old Trafford this summer in pursuit of Champions League football, but the Red Devils are unwilling to sell and no suitable clubs appear to be interested. Ronaldo suddenly looks likely to stay at United this seasonGetty After a summer dominated by speculation over Ronaldo’s future, new manager Erik ten Hag could throw the 37-year-old into his starting XI for their Premier League opener against Brighton on Sunday, with Anthony Martial injured. But former Republic of Ireland international Cascarino insists Sir Alex would have shown Ronaldo the door by this point. The Weekend Sports Breakfast host said on talkSPORT: “How would Sir Alex handle the Ronaldo of today, if he had him in his camp as a manager? “I think he would’ve got rid of him. He got rid of great players: Ruud van Nistelrooy, Roy Keane… “OK, they were different scenarios, but he got rid of them because if he felt it would come at a price for the football club, that was somewhere he wouldn’t go. “I’m not a fan of keeping players who don’t want to be anywhere near the football club – and I’m not sure United fans would be happy with what’s gone on at the club this summer.” Sir Alex coached Ronaldo during his first spell before a world-record transfer to Real MadridGetty Most read in Football confirmed Premier League introduces seven new rules including changes to subs and penalties Perfect START Mane scores in Frankfurt thrashing and then celebrates with Bayern fans LIVE Palace v Arsenal: Reaction as 'young Ferdinand' Saliba and 'perfect' Jesus seal win MLS MOVE Christian Benteke joins Man United legend Wayne Rooney at DC United incoming Everton beat West Ham to Lille midfielder as Moyes urges Hammers to 'fill voids' quick Timing of Howe's new contract questioned as Newcastle told they should've 'held fire' Ten Hag was forced to answer numerous questions about Ronaldo on Friday after the Portugal sensation left a pre-season friendly against Rayo Vallecana before the game finished. And United legend Gary Neville believes Ronaldo has put his manager in an unfair position. “I’m a little bit disappointed in him, because he’s letting the manager go into those press conferences,” Neville said about his old teammate on Friday night. “He’s a good age, he’s been one of the best players in the world. Could he not do that interview? Neville is ‘disappointed’ with his former teammateGetty “On Sunday we’re going to ask for him after the game, could he not come out and speak to us instead of getting other people to say it?” Neville added: “I think we all know that if a Champions League club comes in from him he will go. But at this moment in time that hasn’t happened. It feels a little bit unpalatable. “This is messy for him, it’s messy for the club. We want him to stay we just don’t want these sagas to drag on. As United fans we don’t want this to drag on for another three weeks. “I think by all means it’s a harder job than it already was for ten Hag, with the Ronaldo situation and the [Frenkie] de Jong situation. If [Ronaldo] is fit, he’s starting.” 'I'm a little bit disappointed in him. Would it be too much to ask for him to clear things up?'Gary Neville & Jamie Carragher on Cristiano Ronaldo's future at Man United. pic.twitter.com/DZzLo9kdDK— Sky Sports Premier League (@SkySportsPL) August 5, 2022 However, fellow Red Devils icon Roy Keane believes Ten Hag can make the situation work in his favour. Keane said: ‘We don’t know about Ronaldo’s behaviour like now in terms of when he’s back in the building. ‘Missing pre-season for family issues, if that’s the case then so be it. If he has downed tools, then that is unacceptable. ‘But I don’t think it’s such a big deal as everyone’s making out. Ultimately when you’re a manager, you don’t go looking for trouble, trouble comes your way. So this has come to the manager, it’s in front of him. He’s got to deal with it. Keane played alongside Ronaldo during his first spell at UnitedGetty “But I think he can put a marker on it, say it’s Ronaldo in the next week or two and if he’s got takers and the deal works for United, you might want some money back. But if you go to Lisbon, then off you go. “Then the other players are looking going, ‘OK, short-term we’ll miss him, but in the bigger picture, we’re trying to rebuild’. “Man United really aren’t going to be competing for league titles for two or three years.” Offers Of The Weekend Bet365: Bet £10 Get £50 in Free Bets* – CLAIM HERE Paddy Power: Bet £5 via the talkSPORT EDGE app with Paddy Power and get a £5 free bet – available to all customers* – CLAIM HERE Sky Bet: Over 2.5 goals in each of the 6 Premier League matches on Sat 6th Aug (was 33/1) @ 40/1 – CLAIM HERE Bet365: Open account offer. Bet £10 & Get £50 in Free Bets for new customers at bet365. Min deposit requirement. Free Bets are paid as Bet Credits and are available for use upon settlement of qualifying bets. Min odds, bet and payment method exclusions apply. Returns exclude Bet Credits stake. Time limits and T&Cs apply 18+ Begambleaware.org Paddy Power: Place a £5 Sportsbook Bet through the talkSPORT EDGE app between the 1st and 31st August. Get a £5 free bet on the next Monday after your qualifying bet. T&C’s apply. 18+ Begambleaware.org SEE MORE FREE BET OFFERS HERE