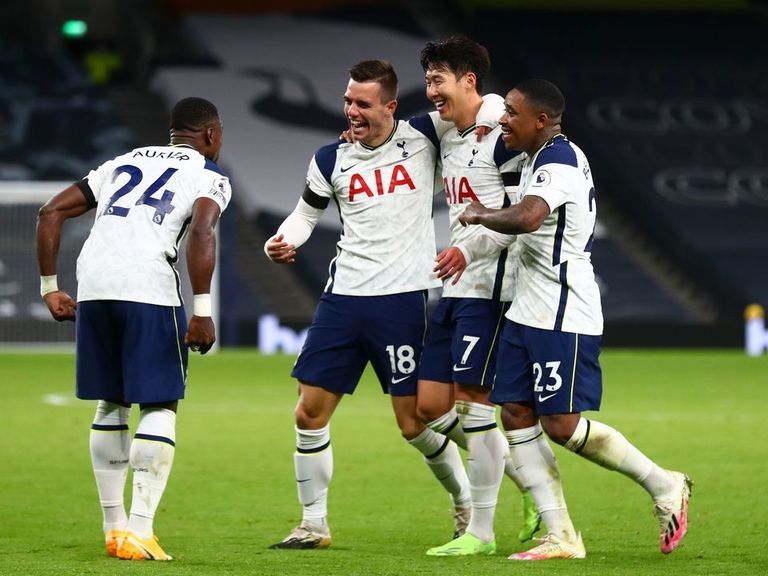 Spurs back in 1st place after tactical masterclass vs. Manchester City

Jose Mourinho had two weeks to draft the perfect game plan for Saturday's match against Manchester City - and it went off without a hitch.Tottenham defended in numbers and struck City on the counterattack to secure a 2-0 win in north London and leapfrog Chelsea into first place in the Premier League.Heung-Min Son capitalized on Tanguy Ndombele's looping pass to open the scoring in the fifth minute, and Harry Kane fed Giovani Lo Celso in transition to provide Spurs with a two-goal cushion midway through the second half.Goalkeeper Hugo Lloris made a fantastic reaction save on the goal line in the 90th minute to preserve the clean sheet.Tottenham now sit on 20 points through nine matches - two points ahead of Chelsea and eight ahead of 10th-placed City.More to come.