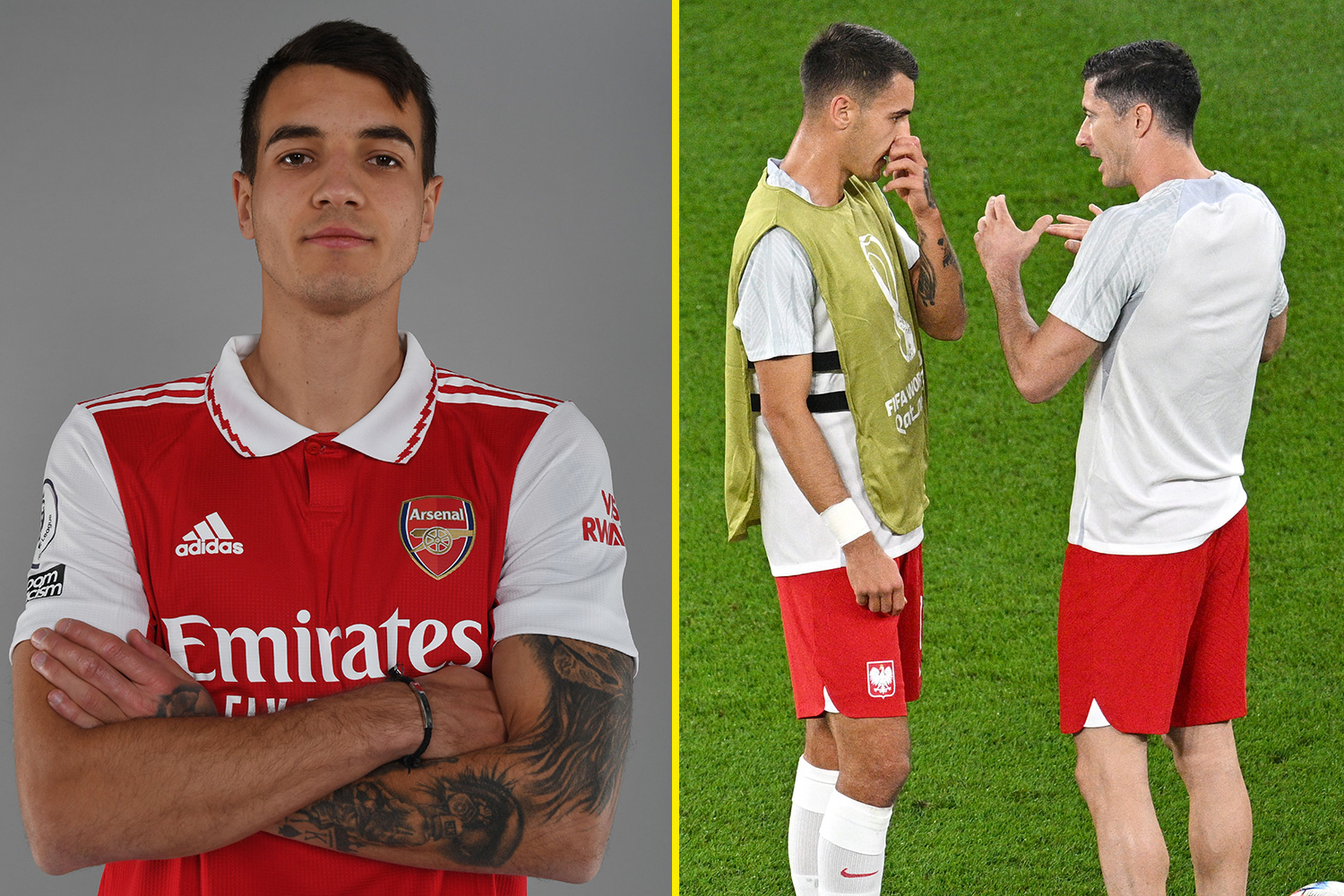 Barcelona striker Robert Lewandowski has given new Arsenal signing Jakub Kiwior his seal of approval. The Gunners announced the £22million arrival of the Polish centre-back on Monday from Spezia. GettyArsenal confirmed the arrival of defender Kiwior from Spezia on Monday[/caption] GettyLewandowski has lauded Kiwior where he described him as ‘extraordinary’[/caption] Kiwior has penned a long-term contract at the Emirates until 2028 with the 22-year-old to provide competition for Gabriel Magalhaes. A regular in the Poland national team, Kiwior played every minute at the World Cup where his side lost to France in the last-16. The defender only made his international debut last June where he impressed in the Nations League draw against Netherlands. And it was a performance that resonated with Poland teammate Lewandowski. The Barcelona marksman has since labelled Kiwior as ‘extraordinary’ while stating that the youngster has ‘great potential’. Quoted by Arsenal’s website, Lewandowski said of Kiwior: “Listen to me, this is a real player. GettyKiwior has penned a contract at the Emirates until 2028[/caption] Most read in football Spurs to sign Everton target Danjuma, Man United duo to leave, Chelsea latest Deeney reveals call from Maguire's agent after his comments about Man United on talkSPORT Maguire and McTominay allowed to leave, Wolves prepare for departures, Vieira transfer row 'All tricks and no substance' - Man United appear to have bought an £85m YouTube player UEFA set to introduce five-year FFP limit amid Chelsea's long-term player deals Arsenal complete £22m signing, Rice favours Gunners and Arteta wants Spanish wonderkid “I noticed it during the warm-up before the match against the Netherlands. “In training, it’s very difficult to see certain things. “Then I saw him in the match, extraordinary. Really great potential.” Arsenal boss Mikel Arteta lauded Kiwior after the transfer was confirmed, as he stated: “It’s great that Jakub is joining us. GettyKiwior featured in all four games for Poland at the World Cup in Qatar[/caption] “He’s a young versatile defender who has shown huge potential and qualities with Spezia in Serie A, and also at international level with Poland. “Jakub is a player who will give us strength and quality to our defensive unit. “We welcome Jakub and his family to Arsenal and look forward to working with him.” Kiwior could make his Arsenal debut against Manchester City in Friday’s FA Cup clash away at the Etihad. Keep up to date with all the latest news, rumours and gossip with our LIVE transfer blog