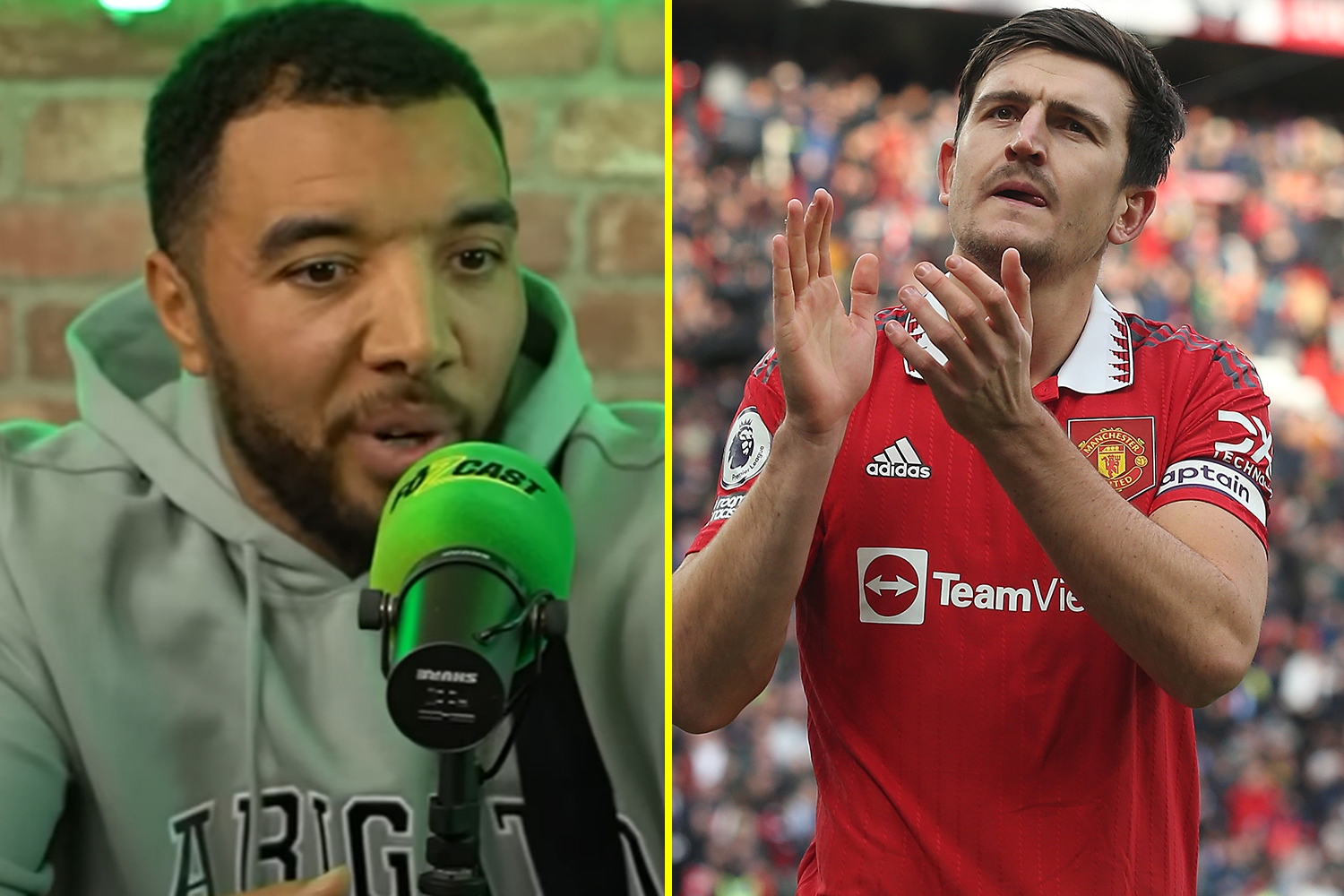 Harry Maguire’s agent once unleashed an ‘aggressive’ rant at Troy Deeney after his comments on talkSPORT, the striker has revealed. In 2020 the then-Watford captain had been working as a pundit and had recently discussed Manchester United‘s poor run of form and namedropped Maguire‘s leadership as being part of their problems. Deeney says Maguire’s agent called him up without his client’s knowledgeyoutube The Red Devils had been struggling under Ole Gunnar Solskjaer and Paul Pogba had been receiving most of the flack in the media, leaving Deeney to question why the other senior players weren’t getting called out – much to the dismay of the defender’s agent. Speaking on former Hornets goalkeeper Ben Foster’s podcast ‘Fozcast’, the now-Birmingham City striker explained: “When I was at Watford, [Maguire’s] agent called me. “We spoke about Man United [on talkSPORT] and the leadership and how it’s not just [Paul] Pogba, because it was Pogba getting battered early doors. “I said ‘what about the leadership’? What about Maguire what about David de Gea? What about all the senior guys, why is it always Pogba? That’s it, that’s all I said. “I get to training, phone’s ringing with this number I don’t know. Two or three times this number calls so I think ‘god there must be a problem here’. “I picked it up and yeah, it was Harry Maguire’s agent saying ‘you can’t say this, you can’t do that’. Most read in Football Man United duo to leave this summer, Chelsea eye Fernandez and Gordon, Bielsa to Everton 'All tricks and no substance' - Man United appear to have bought an £85m YouTube player UEFA set to introduce five-year FFP limit amid Chelsea's long-term player deals Arsenal complete £22m signing, Rice favours Gunners and Arteta wants Spanish wonderkid Ings faces weeks out after suffering injury on West Ham debut following £15m transfer Jesus tells UFC legend Khabib when he expects to be playing for Arsenal again Deeney had been at Watford for 11 yearsgetty 𝗡𝗲𝗶𝗹: “Last season Man Utd had the third best defence.” 𝗧𝗿𝗼𝘆: “We’re going to hide behind stats? They’re 15th!” 𝗡𝗲𝗶𝗹: “Do you not do stats!?”Troy Deeney & Neil Custis clash over how much criticism is aimed #MUFC’s Harry Maguire! A must watch! pic.twitter.com/ejgWPaiaUA— talkSPORT (@talkSPORT) November 2, 2020 “I’ve never said this out loud before by the way, but he said ‘you can’t do this you, you can’t say that, you wouldn’t say any of this to Harry’s face’. “I said ‘hang on one second, let’s rewind. I have said this, I didn’t say that, but I would say it to Harry’s face, I’ve got no problem. Let me call him now’, because I don’t think he knew I had his number, and [I said] ‘I’ll come back to you’.” Feeling rather stunned by the agent’s call, Deeney then rang the England centre-back. The Hornets legend was then even more taken aback when Maguire told him he’d had no knowledge about the agent’s call. Deeney had asked why Maguire wasn’t being questioned during Man United’s bad patchGetty “I called him and he’s got no clue what’s going on,” Deeney explained. “I phoned the agent back and said ‘look, with the greatest respect, please don’t phone my phone giving it the biggun because I’m not that guy and you’ll have a problem you don’t want.” He continued: “To be fair to Harry he said the same thing, he was like ‘I don’t know what all that’s about’. “I said ‘look mate, it’s not a problem. But the way he phoned and the aggression he was having, younger me would’ve taken that a lot more personally. “Come on, this is what I’ve said, I’ll tell you to your face, I’ve got no problem’.” Keep up to date with all the latest news, rumours and gossip with our LIVE transfer blog