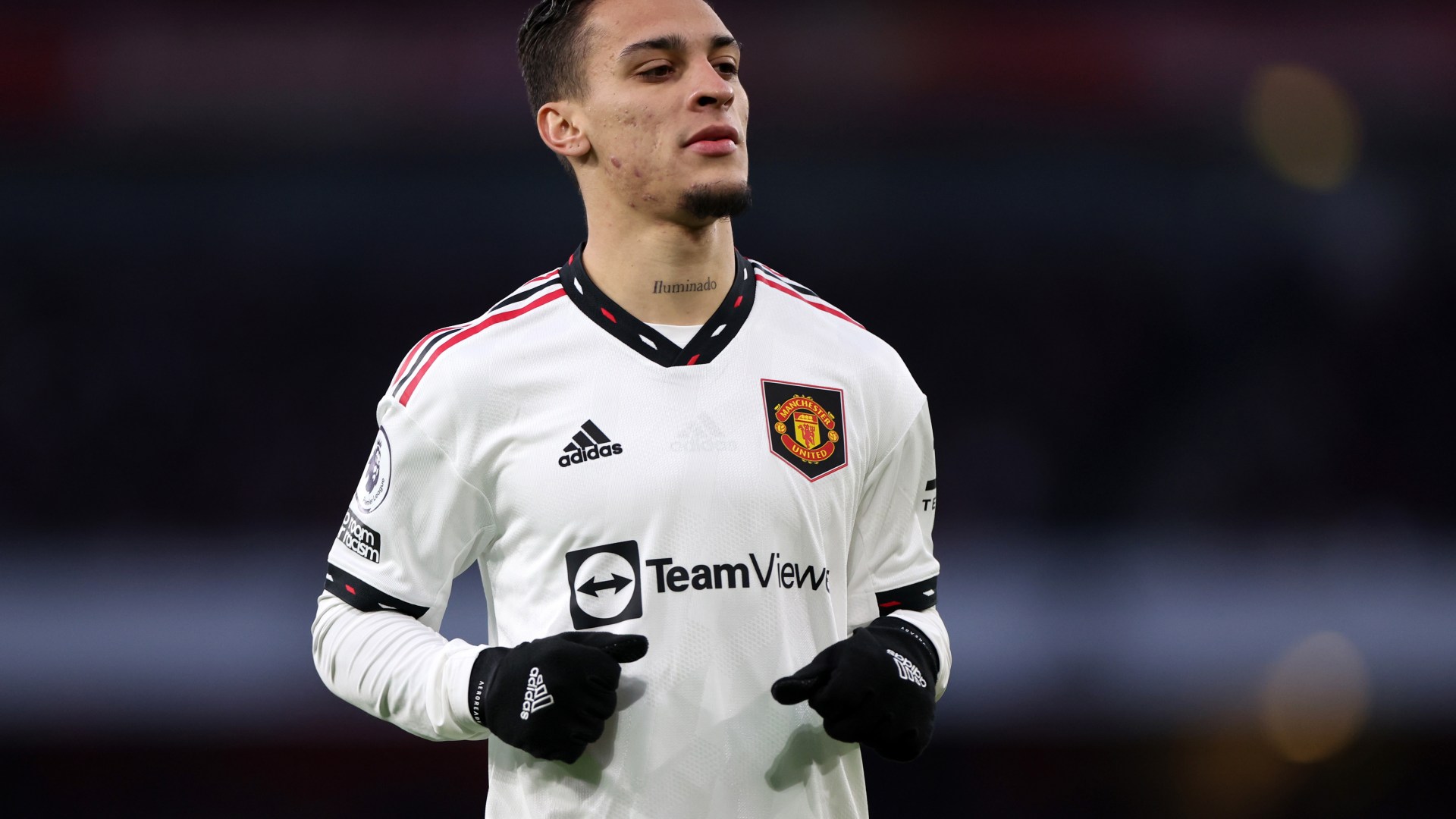 Darren Bent has questioned where Antony’s end product his despite his ‘tricks and flicks’ at Manchester United. Antony signed for the Red Devils from Ajax in the summer, their second most expensive ever signing in a deal that could rise to £85million. Antony hasn’t built upon his fast start at UnitedGetty The 22-year-old had a strong start to life at the club as he scored in his first three Premier League games. However, he has had little impact since then, and has left Bent far from impressed so far this season. Speaking to talkSPORT Drive, he said: “All tricks and flicks, no substance at the minute. “He’s doing all this stuff but he’s not going past anyone. It’s not like he’s doing a trick to manipulate the ball to go past someone, he’s just doing it for the sake of it. “A little bit like the spin, at the time I was like ‘ah come on it’s only a spin’.” Host Andy Goldstein soon asked the former Aston Villa striker if he was describing Antony as a ‘YouTube footballer’. However, the youngster still has a lot of potentialGetty Most read in Football Rice favours Arsenal, Kane open to new Spurs deal, Newcastle linked with Gordon Arsenal complete £22m signing, Rice favours Gunners and Arteta wants Spanish wonderkid Ings faces weeks out after suffering injury on West Ham debut following £15m transfer Jesus tells UFC legend Khabib when he expects to be playing for Arsenal again Everton sack Frank Lampard who leaves with worse record than Rafa Benitez Laura Woods issues perfect response to 'salty' Man United fan after huge win for Arsenal He replied: “A little bit yeah. You clip all the best bits of a footballer and you look at it on YouTube and go ‘wow, I can’t believe we’re signing him!’ “But where’s the substance in between, where’s the end product? I know he started off alright at United, couple of good goals, but where’s the end product?” Antony has just five goals to his name in 19 games across all competitions for United this season. His last strike came in the Carabao Cup quarter-finals earlier in the month when he netted the opener against League One side Charlton. The Brazilian started in United’s 3-2 loss against Arsenal on Sunday, with the Red Devils now 11 points off first. Recent results suggested they could compete for this season’s Premier League title, but the Gunners remain on course to lift the trophy at the end of the season. “All tricks & flicks, no substance.” “People would call those players YouTube footballers, is that him? A bit…”Darren Bent hasn’t been impressed at all by #MUFC’s Antony so far pic.twitter.com/7m8sgTi9Tw— talkSPORT (@talkSPORT) January 23, 2023 Keep up to date with all the latest news, rumours and gossip with our LIVE transfer blog