Who is Julian Alvarez? Man City’s ‘quiet’ star was linked with Manchester United, struggled for game time because of Erling Haaland, but is now making 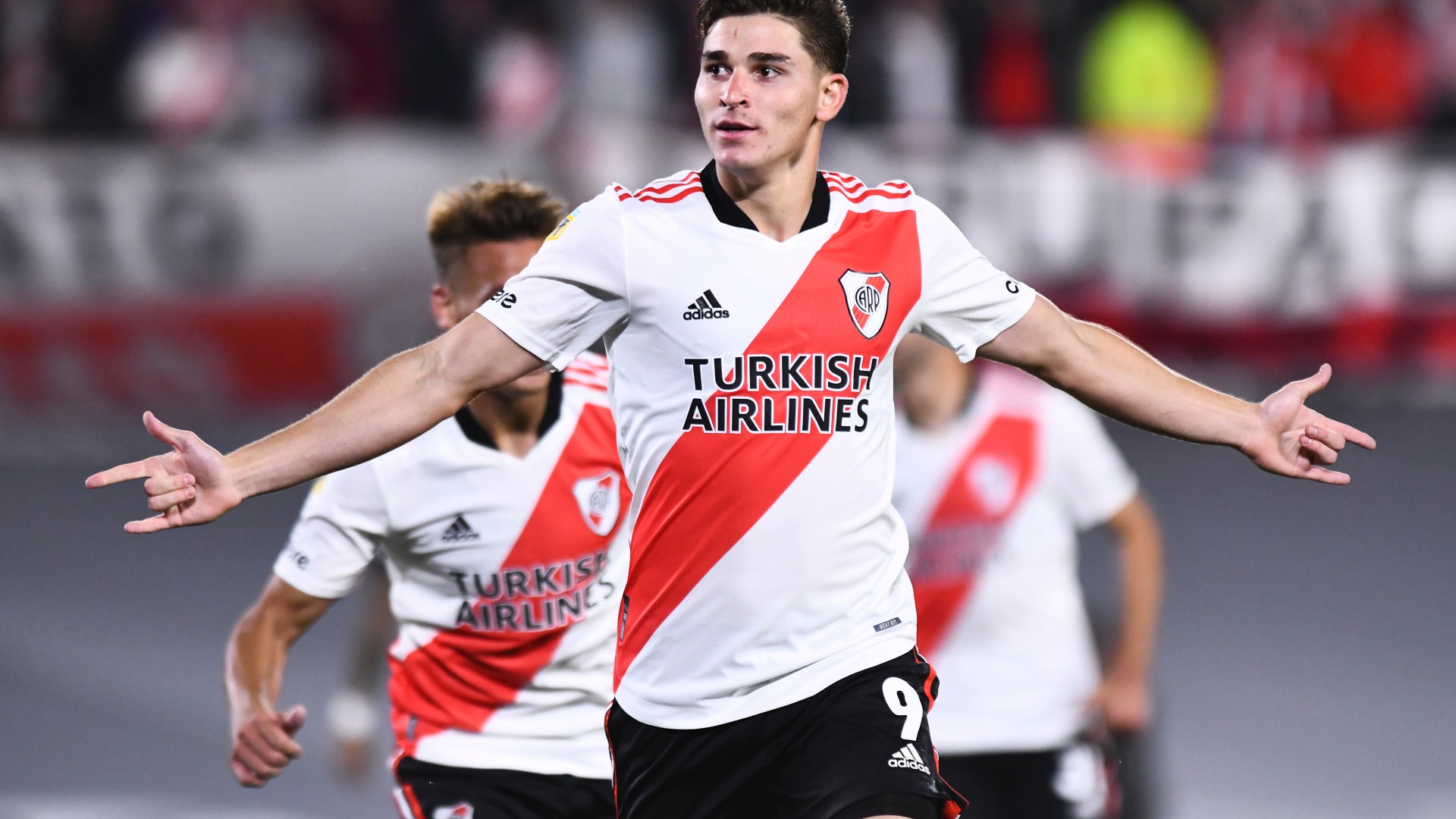 Much like Argentina at the World Cup, Manchester City forward Julian Alvarez has made a slow start to the season. The likes of Manchester United, Barcelona, Real Madrid, Inter Milan, and Bayern Munich are were keen on the award-winning 22-year-old Argentine, who was in astonishing form in his homeland. Alvarez looks set for a very bright future at Man CityGetty Images Alvarez is one of the most wanted young forwards in world football City signed the player on a five-and-a-half year deal in January with the player spending the rest of the season back at River Plate on loan. He broke a 121-year River Plate record with a staggering six-goal haul in one Copa Libertadores fixture on Wednesday night. Alvarez hasn’t shown much sign of breaking records for Man City with his game time at his new club limited, a lot of that due to Erling Haaland gorging himself with goals this term. However, Alvarez’s form during the World Cup – which has seen him bag two goals in Argentina’s last two outings – show there’s plenty more to come from the 22-year-old. So how much do we know about Alvarez? talkSPORT.com takes a deeper look… Julian Alvarez: Profile The Argentine was almost destined for a path straight to Madrid after starring on trial in the Spanish capital when he was only 11 years old. Alvarez scored two goals in five appearances to help LaLiga giants Real win a youth tournament in 2011. However, he was too young to make the switch permanent as Madrid’s policy is to wait until at least 13 before signing foreign talent. Alvarez’s father Gustavo told Goal: “It would be a dream if he could stay. We are a working family. “I work in a cereal company and my wife Mariana is a kindergarten teacher.” Alvarez is already winning trophies despite being just 21 years old He also had trials with Boca Juniors before he joined the club’s rivals River Plate from local side Atletico Calchin in 2016. During his time with the River first-team, Alvarez won the Copa Libertadores, Copa Argentina, and Primera Division, among other trophies. The forward was in Argentina’s squad alongside six-time Ballon d’Or winner Lionel Messi for their victorious Copa America campaign in the summer of 2021. Alvarez was the Primera Division’s top scorer in 2021 with 20 goals in 35 games, while also being named the South American Footballer of the Year. Alvarez even won the Copa America alongside Lionel Messi in 2021 Julian Alvarez: Position The youngster primarily operates as a forward where he managed 24 goals and 18 assists in 46 appearances in 2021. Alvarez became a regular starter in 2020 with manager Marcelo Gallardo utilising him as both a centre-forward and as a second striker. Yet he broke into the first-team on the right due to a succession of attacking options at the time including Eintracht Frankfurt star Rafael Santos Borre. Alvarez was deployed in a similar position for Argentina, appearing as a second-half substitute in the 4-1 win over Bolivia at the Copa America. Alvarez has five goals in 16 appearances for his countryGetty Julian Alvarez: What has been said? River manager Gallardo: “He is a player that coaches love for his quality, for his generosity, and for his playfulness. “Any coaching staff would love to have him. He’s very young and has a long way to go.” After Alvarez walked away with two match balls against Alianza Lima, Gallardo revealed he’s desperate for City to postpone the youngster’s arrival at the Etihad. He said: “It is difficult to keep Alvarez because City have made a great investment for a diamond. “Argentina is a country that exports football players, but replacing Julian is not going to be easy. It is very possible he will play in the next round of the Libertadores and then go to Manchester City. “But if they want to give us the player until the end of the year, then we won’t have any problems! We would be very grateful. “Unfortunately, I don’t think Pep is listening to me. I can tell you that we have prepared a footballer who is already mature enough to take the leap and really take flight.” Ahead of Argentina’s World Cup clash with the Netherlands, Man City teammate Nathan Ake said: “As a player he’s very technical, very difficult to mark even in training, very sharp, good finishing, so it will be tough. He’s a great player but also a great guy off the pitch. He’s a little bit quiet. “He’s still learning English and he comes from a different environment so it’s all new for him but he’s fitted in really well.” Alvarez scored six times for River Plate on Wednesday night A move to City always seemed like it was written in the stars with Alvarez once admitting he plays with Pep Guardiola’s side on FIFA. “Playing in Europe is most people’s dream because of those leagues’ quality and what it means to be at those clubs,” he told Radio La Red in October 2020. “But I am taking it easy. Obviously I talk to my agent and my family, but I know I have to stay focused on what I’m doing. “Later the time will come, through the work I am doing.” Alvarez added: “On the Playstation I play with Barcelona or Manchester City.” BETTING OFFER OF THE DAY Betfred – Bet £10 Get £60 in Bonuses* – CLAIM HERE New UK customers only. Register using the promo code BETFRED60, deposit and place first bet of £10+ on Sports (cumulative Evens+) within 7 days of registration. First bet must be on Sports. £20 in Free Bets to be used on Sports, £10 in Free Bets to be used on Lotto and 50 Free Spins (20p per spin) credited within 48 hours of bet settlement. Further £20 in Free Bets credited 5 days after settlement. Bonuses have a 7-day expiry. Payment restrictions apply. SMS verification and/or Proof of I.D and address may be required. Full T&Cs apply. 18+ Begambleaware.org