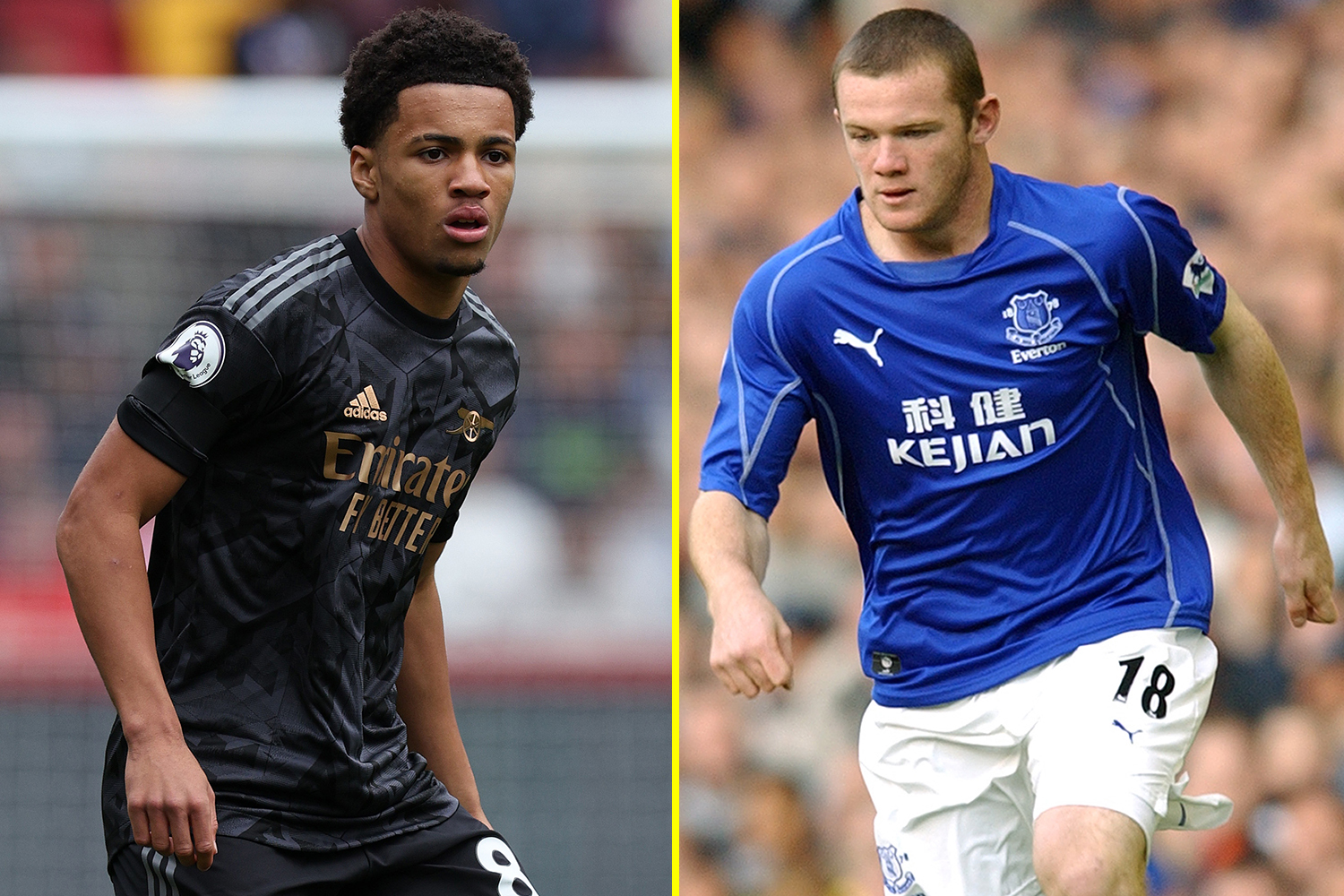 Kevin Campbell believes that Mikel Arteta was right to hand Ethan Nwaneri his Arsenal debut, likening his rise to that of Wayne Rooney. The ex-Gunners striker was at Goodison Park when Rooney started to break into the first team fold with the Toffees, the first step on his road to stardom. Nwaneri is now the youngest player in Premier League history having made his debut against BrentfordGetty Campbell compared the youngster to Rooney when he broke into the Everton first team at Goodison Park Rooney, who went on to become Manchester United and England’s all-time leading goalscorer, caught Campbell and his Everton teammates offguard after showing his quality as a 14-year-old in a friendly for the club, an impact that the 52-year-old believes is very similar to that of Nwaneri. The 15-year-old made his Arsenal first team debut against Brentford last weekend to become the youngest player in Premier League history, leading Danny Mills to criticise Mikel Arteta’s decision, saying: “I don’t understand the logic behind it’. However according to Campbell, Rooney’s breakthrough showed that Arteta was right to give the youngster the opportunity if he’s a star in the making. Speaking on talkSPORT Breakfast, Campbell said: “I was captain at Everton and I’d come back from an ankle injury and we were playing a non-league side, Southport I think it was. “We went to play the game and this kid was playing, I thought he was the coach’s nephew on the bus! We got on the pitch and were warming up and I didn’t think anything of it, he was just doing a warm-up. “We started playing and the kid was absolutely unbelievable. I said ‘how old are you?’ And they said he was 14. I’m thinking that this could come straight into the first team now and hold his own. Most read in Football BLOW Toney left out of England squad for Italy match with Maguire and Bellingham to start worldie Man United star Eriksen scores 25-yard screamer in Nations League clash PICKED Spurs and Man United snubbed as Arsenal and City dominate Team of the Season so far lifestyle Man United were so worried about Scholes' drinking they called his dad SPENDERS Ronaldo deal sees Man United set new record for highest wages in PL history MUTINY Spain Women’s team demand manager is sacked as 15 players refuse to play Rooney made his Everton debut at 16, his England debut ay 17 and went on to become Manchester United and his countrys record goalscorerGETTY “I got taken off after 65 minutes and normally as an experienced player you’d go in and have your shower, but I stayed and I watched. They moved him from striker to left midfielder and by far he was the best player on the pitch. That lad was Wayne Rooney. “Fast-forward two years and Wayne Rooney finishes school. He then bypasses all of the youth team and comes straight to train with the first team and all of the first team players’ mouths were open at how good he was at 16. “So I get it. Danny Mills can say whatever he wants to say but as far as I’m concerned, he doesn’t know what he’s talking about. “When a kid is special you’ve got to look after him and you’ve got to test him. We all got tested growing up, even Danny Mills got tested growing up. Part and parcel of it is being able to handle it.” Nwaneri came on for the final few minutes of the win over Brentford, a decision that was right according to CampbellGetty Ray Parlour also took a walk down memory lane and recalled Cesc Fabregas and Jack Wilshere breaking through at Arsenal as talented teenagers. He said: “Fabregas, what a player. Again, he was 15 when he joined Arsenal and was around the first team at 16 and was always destined to be a top player. “Jack [Wilshere] was another one who started training with Thierry Henry and it didn’t faze him at 15 years old. He’s another guy who could have probably gone in. He did make his debut when he was young, but not as young as 15. “I can see both sides of it because you’ve got to protect players like that.” Watch the World Cup with talkSPORT At talkSPORT we are powered by fans, so come and join us for the ultimate World Cup fan experience this winter – at the talkSPORT Fan Zone. In a huge indoor venue under the arches at Waterloo in London, we’ll bring you live screenings of every World Cup game. There will be Q&As with talkSPORT talent, you’ll be part of our live broadcasts, and there will be plenty of food and drink on offer too. Come and enjoy the best World Cup fan experience in London – and enjoy a pint on us – with tickets for England and Wales’ group stage games on sale now HERE!