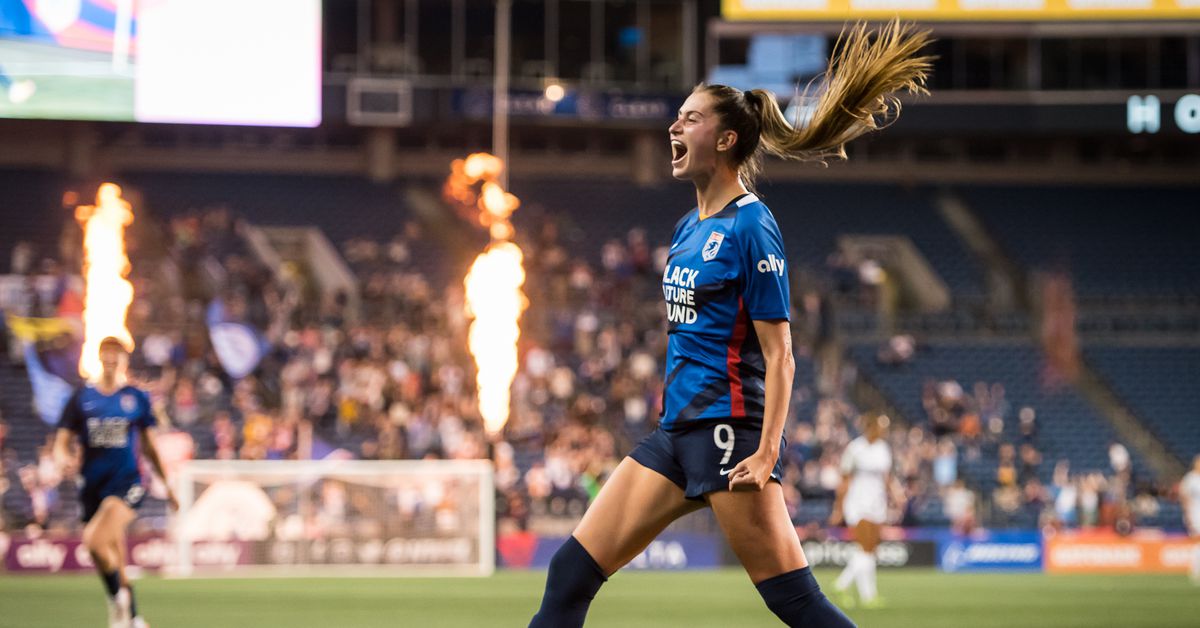 MikeRussellFoto / Sounder at Heart The Reign host the semifinal Oct. 23 at 4:30 PM PT. After clinching the NWSL Shield on Saturday evening in front of nearly 11,000 fans, OL Reign has all eyes on the 2022 NWSL Playoffs. Their first-place finish gives the Reign a first-round bye — advancing them to the semifinals on Sunday, Oct. 23. You might have questions about OL Reign’s semifinal match. We have some answers. (Note: these will be updated as we learn additional details.) Who qualified for the playoffs? Six of the 12 NWSL teams advanced to the playoffs, with the top two seeds earning a first-round bye. Here is how the top six spots look: OL Reign Portland Thorns San Diego Wave Houston Dash Kansas City Current Chicago Red Stars When does OL Reign play? OL Reign will host the NWSL semifinal at Lumen Field on Sunday, Oct. 23. The match kicks off at 4:30 PM PT and will air on CBS Sports Network. THE BRACKET IS SET #NWSLChampionship— National Women’s Soccer League (@NWSL) October 3, 2022 Who will OL Reign play? They’ll play the winner of the Houston Dash v. KC Current match, which takes place Sunday, Oct. 16, at 2 PM PT. The Reign have split results with both teams, beating KC 1-0 at home while falling to the Current 1-0 on the road, and losing 2-1 to the Dash at home before taking down Houston 2-0 on the road in late September. That loss to Houston on Aug. 7 was the Reign’s only home loss of the year and their last loss, at home or away. When do tickets go on sale to the general public? Tuesday, Oct. 4, at 10 AM PT. I’m a season-ticket holder. Do I get early access? You do! If you want to reserve the same seats you had in the regular season, go to your Account Manager now and click on the Invoices tab. There, you’ll see an option to pay for your 2022 playoff tickets. Note: at this time, you can only lock in the same seats you had in your season-ticket package. If you want to purchase additional playoff tickets, check your email. Season-ticket holders will have an exclusive presale from 8-10 AM PT on Tuesday, two hours before everyone else. An email from the Reign outlined how to do this. I’m a season-ticket holder and I didn’t get an email. What should I do? First, check your Promotions tab in Gmail if you have one, or look at your spam folder. It may have ended up there. If that fails, email tickets@olreign.com or call 866-997-3446 and a friendly OL Reign staff member will get you sorted. What sections will be open for the match? OL Reign confirmed to Sounder at Heart that they will be opening up the entire lower bowl for their semifinal. The section directly behind the south goal will be the dedicated Supporters’ Section. What am I expected to do in the Supporters’ Section? There are no strict requirements, but many folks in the Supporters’ Section — especially in the section directly behind the south goal — stand and wave flags all match. There’s also a live brass band, the Reign City Riot, that is stationed in this section and provides great background music all game. The Royal Guard Supporters Group will lead a number of chants throughout the match. You can find their most common chants on their website. Please note: the Supporters’ Section tickets are general admission. There are no assigned seats here — just grab the one that looks right for you when you arrive. How much do tickets cost? While we won’t know for certain until they open to the general public, in surveying some season ticket holders who were able to lock in their seats, it looks like tickets will start as low as $18 for a general admission ticket, with a good number of lower bowl tickets in the $21 - $40 range. The two corners of the upper bowl should be around $21 - $25. Club seats, which allow you access to a separate concourse and have more comfortable seats, are in the middle of the upper bowl. They will be closer to $40 - $70, most likely. Please note: these are all just guesses and will be updated when tickets go live. Will OL Reign host other playoff games if they advance? Nope. This is the only playoff game you’ll be able to see at Lumen Field this year. If OL Reign win, they advance to the NWSL Final, which is always held at a predetermined site. This year’s NWSL Final will be at Audi Field in Washington, D.C. Kickoff is Oct. 29 at 5 PM PT. Will the Mariners be playing at home at the same time? Maybe! The Mariners ended their 21-year postseason drought and will be in the MLB playoffs. Amazing. Oct. 23 would mark Game 4 of the American League Championship Series, but the Mariners have a lot of work to do in order to get there, including winning their wild-card and division series. Are there any Seahawks conflicts? Nope! They’ll be on the road that day. Why is there a break in play between the regular-season and playoffs? Oct. 3 marks the start of an eight-day FIFA international window, which means that most teams have a number of players jetting around the world for national team matches. OL Reign will have eight players on international duty — Alana Cook, Sofia Huerta, Rose Lavelle and Megan Rapinoe for the U.S., Jordyn Huitema and Quinn for Canada, Jess Fishlock for Wales, and Jimena López for Mexico. The first-round bye ensures those eight players will have more rest and time to reintegrate with the club before their first playoff game. I can’t make it out to Lumen Field. How can I watch the match? The game will air on CBS Sports Network for fans in the U.S. and Twitch for international viewers. Sadly, it won’t stream simultaneously on Paramount+, so if your TV package doesn’t include that channel you’ll need to find a friend or sports bar that has CBS Sports Network to watch the match.