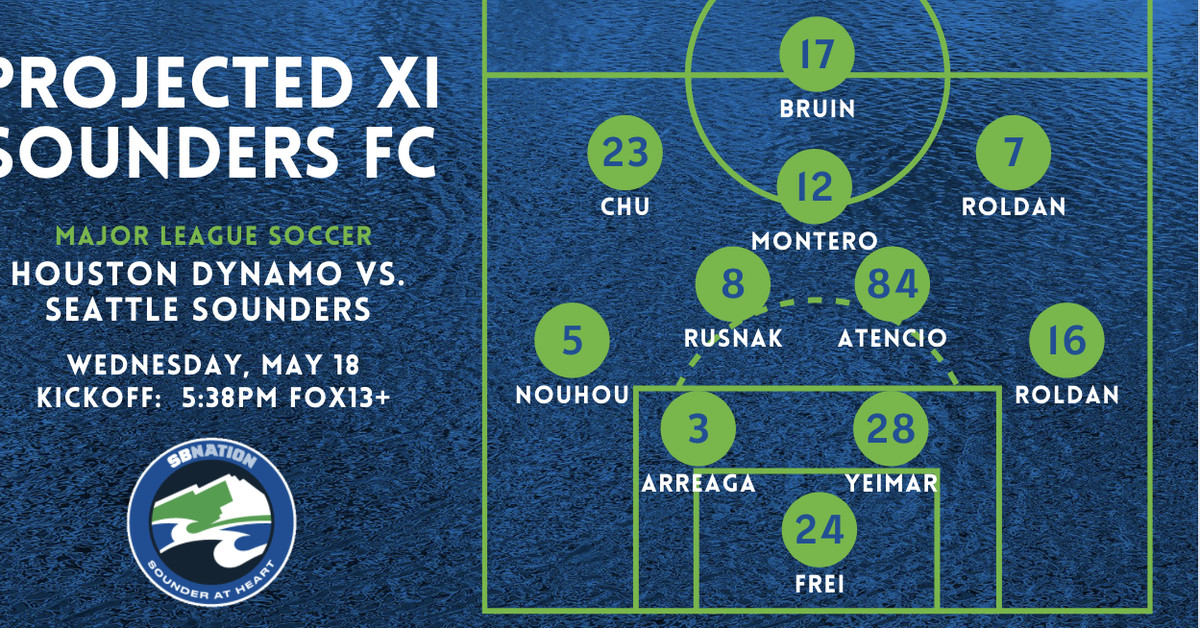 Five things to know as the Sounders face the Houston Dynamo

Photo by Alika Jenner/Getty Images An opportunity to start a run of good form The Seattle Sounders are back in action for a mid-week clash away from home against the Houston Dynamo after a resounding 3-1 win over Minnesota United at the weekend. Here are five things you need to know ahead of the match: History Beckons For all the amazing things the Sounders have managed to accomplish throughout their tenure as a club in MLS, wins away against the Dynamo haven’t come particularly easy. In the grand scheme of things, it’s not THAT big of a deal. But as fans of the Sounders, we all crave achievements — big or small. Since their first trip to Houston in 2010, the Sounders have a less than satisfying 2-5-3 (W-L-D) regular season record against the Texas-based club. However it should be noted, both the Sounders’ wins away against the Dynamo have occurred in the past three respective trips (the most recent result was a 2-1 loss last October). This is the best Dynamo team we’ve seen in a while The last time the Dynamo made a playoff appearance was in 2017. Coincidentally, it was the Sounders who inevitably knocked them out of the competition with an aggregate score of 5-0. It’s safe to say it has been a rough half-decade for Dynamo fans, but new head coach Paulo Nagamura has given them a real sense of optimism. The Dynamo have been playing some of the most attractive soccer they’ve played in a long time. They can hurt you in a good number of ways, which hasn’t always been the case for this team. Their record in MLS this season stands at 4-4-3 and they sit in a playoff position in 6th place with 15 points. Danger all over the field for Houston As I mentioned in the previous section, Houston has a lot of dangerous players who are becoming more and more familiar with Nagamura’s system as the season rolls on. The name that has captured the headlines with most of the praise in recent weeks is Panamanian midfielder Adalberto “Coco” Carrasquilla. He is an athletic and agile box-to-box midfielder who can do a whole lot of everything, on and off the ball. Forwards Darwin Quintero and Sebastian Ferreira have also been standout players for this Dynamo team. But at 34 years old, it wouldn’t be outrageous to consider the possibility of Quintero starting the match from the bench considering he played about 60 minutes against Nashville SC this past weekend. Rotation! With midweek MLS matches comes rotation. Three league games in the span of eight days can equate to upwards of 270 minutes of soccer per player. While the superhumans of the sport could probably pull it off (Cristian Roldan, I’m looking at you), it most definitely isn’t the norm. The stars will still get game time tonight. Who will start the match and who will come into the game as a substitute is still unknown, but an interesting statistic dug up by Jeremiah Oshan is that the Sounders have a 7-2-3 record across all competitions when they have 8 or more ideal-XI players on the field to start the match. With fewer than seven normal starters on the field, the Sounders are winless in 5 matches (0-3-2). The Sounders need points It has been a slow start to the season for the Sounders. Understandably so, considering the circumstances ( ). But it’s time to work our way through the championship hangover and get into a good run of form. The win on Sunday against Minnesota United was a great start, but now it’s about stringing together a good few results to boost ourselves up the table. I’m not particularly worried that the Sounders are sitting in 11th place, especially since they’ve got a run of 5 home matches in a row starting on May 29th. I think it would be really cool to head into those run of games with some good results preceding it, and tonight’s match against the Dynamo is a great opportunity to do that. was just taking a look at the #sounders upcoming schedule and realized they’ve got five home games in a row. that’s an entire month of zero traveling.this june period will be a tremendous opportunity to gain some serious traction in the league. pic.twitter.com/8bMUgfiLE9— JD (@ssfcJD) May 15, 2022

Back injury will sideline Obed Vargas for ‘multiple weeks’