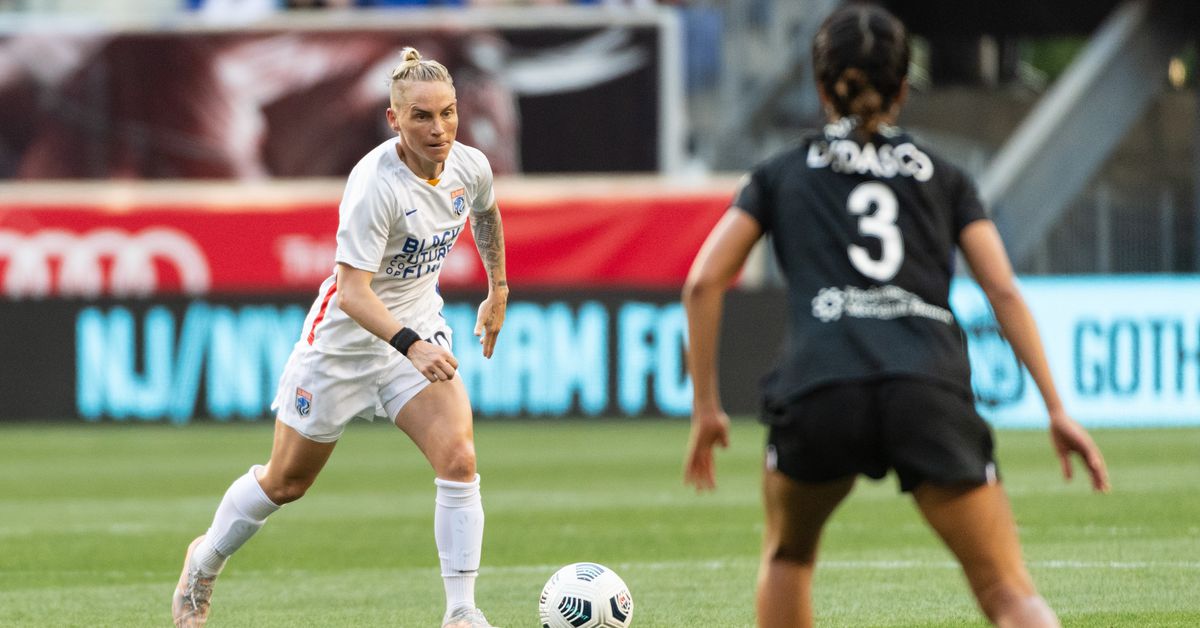 Photo by Howard Smith/ISI Photos/Getty Images It’s the first time these clubs are meeting in 2022. After a disappointing loss at home last weekend — their first at Lumen Field — OL Reign are back in front of home fans on Sunday, August 14, and they’ll be looking for a more positive outcome this time around. The Reign face NJ/NY Gotham FC in what will be the first meeting between the two sides in 2022. The match kicks off at 12 PM PT and will air on FOX 13+ as part of OL Reign’s new local TV deal. It will also stream on Paramount+ for fans in the U.S. and Twitch for international viewers. OL Reign enters the match in sixth place with a 5-4-6 record (16 goals for, 14 against). Having played three fewer games, Gotham FC sits in 11th and are 4-8-0 (9 GF, 24 against). Here are 5 things to know about Sunday’s matchup: New [interim] head coach After a difficult season, Gotham FC and head coach Scott Parkinson mutually parted ways earlier this week. Assistant coaches Bev Yanez — a former Reign player — and Becki Tweed led the team in training this week, and Gotham announced on Saturday that Hue Menzies will lead the team on an interim basis for the rest of the season. Menzies was named 2018 CONCACAF Women’s Coach of the Year after helping Jamaica qualify for the 2019 World Cup. With their recent shakeup, and the emotions that come with a coaching turnover, Gotham players will be motivated to show they deserve better results than they’ve produced in recent weeks. Mental mistakes for OL Reign While OL Reign remain one of the strongest defensive teams in the league, they’ve allowed five goals in their last three matches. That’s not the same squad that through the start of July collected six clean sheets. Most of these recent goals came from momentarily mental mistakes or giveaways, which isn’t characteristic of the squad. It’s something they must address on Sunday. “In all three of the games ... we were so dominant in the games with possession and how we were playing, and it’s just disappointing to concede in the manner that we did. I think we know that there are things that we can solve,” OL Reign head coach Laura Harvey said ahead of the match. “[It’s] something that we’ve put into our training sessions throughout the week to make sure that we are able to, when we’re in those positions, potentially make different and better decisions.” A quick and dangerous frontline While Gotham FC is having trouble scoring, they still have a dangerous and speedy frontline that shouldn’t be discounted. That includes U.S. Women’s National Team player Midge Purce, who leads the team with three goals and two assists. Just look at this solo effort she had at the end of Gotham’s match against Houston. YOU WILL NOT SEE A BETTER RUN ALL YEAR. Go off @100Purcent. pic.twitter.com/iOuQLVfXxE— Attacking Third (@AttackingThird) July 31, 2022 Winger Paige Monaghan has two goals, while Taylor Smith has one goal and two assists and Ifeoma Onumonu has one goal. They don’t shoot a ton — in fact, Gotham is last in the league in shots on target per match — but their frontline has plenty of talent and the Reign defense will need to stay alert. More possession for the home side While OL Reign averages more than 51% possession per match, Gotham only averages 47.5% — looking instead to defend with numbers behind the ball and then score in transition. This is a big shift from a Gotham side last year that led the league in possession. In 2022, they’ve tried to be disruptive to slow other teams down, and Gotham leads the league in two categories that demonstrate this: fouls conceded per match and possession won in the final third per game. Gotham will put OL Reign under some pressure when the home side is building out of the back. The Reign will have to play their game and keep things tidy — otherwise, Gotham could punish them like Houston did. Paige Monaghan opens the scoring early for @GothamFC. pic.twitter.com/s0slQeF4Bv— Attacking Third (@AttackingThird) July 31, 2022 Defensive struggles for Gotham Gotham haven’t kept a clean sheet in seven matches, and they are averaging two goals against per match. They also allow the most expected goals and shots per match, conceding more than 16 shots each game. Could this be the game that OL Reign finally converts all their shots into goals? Injury / Availability Report OL Reign To come Gotham FC To come How to Watch OL Reign kicks off against Gotham FC at 12 PM PT. The home match will air on FOX 13+ locally and will stream on Paramount+ for fans in the U.S. and Twitch for international viewers.