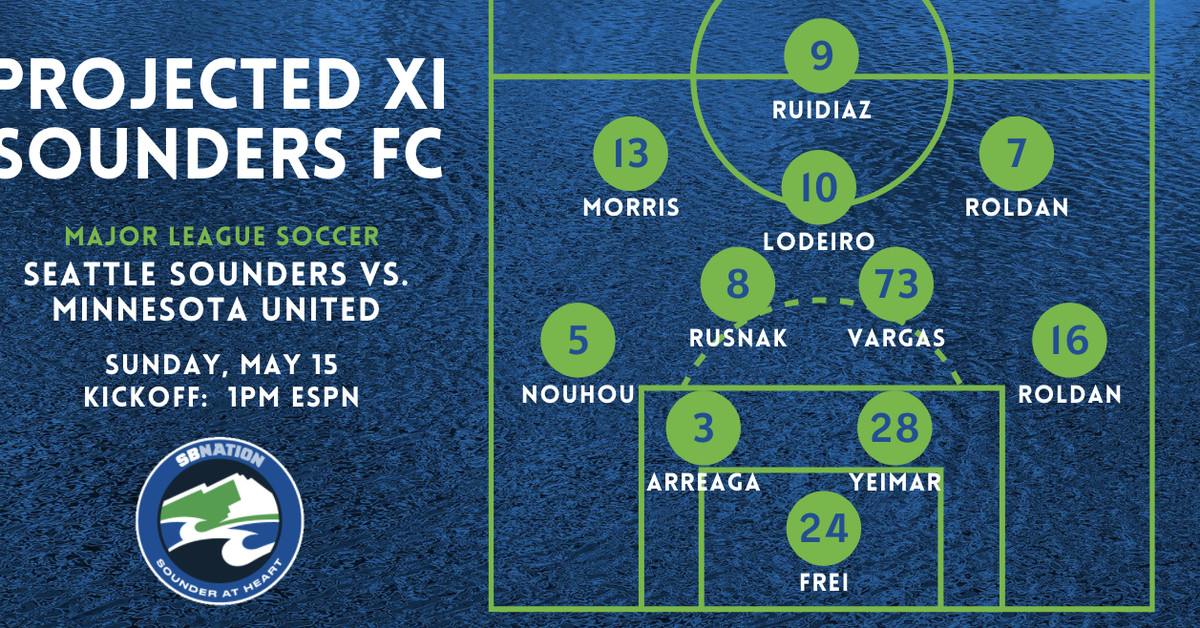 Max Aquino / Sounder at Heart The Sounders are hoping to start their climb up the MLS regular season table. Just eight games into the season or not, leading the Wooden Spoon race is not a position the Seattle Sounders are used to being in. Yet, that’s exactly where the Sounders find themselves heading into Sunday’s nationally-televised game against Minnesota United. The good news is that the Sounders have had a ton of success against Minnesota, especially at Lumen Field where they have a 6-0-0 all-time record. United is also riding a bit of a slump themselves, having lost two straight and 4 of 6. Here are five things you need to know about the match: One simply does not replace the team MVP As you surely know by now, João Paulo is out for the year after tearing his ACL in the CCL final. Although the Sounders have several intriguing options to fill his spot, replacing the team MVP won’t be so easy. Obed Vargas is probably going to get the first crack at filling that spot, but no matter how well he does the Sounders need to collectively be better to make up for João Paulo’s loss. That means Albert Rusnák must continue to grow into that No. 8 spot, it means Nicolás Lodeiro must return to his full-field covering ways, it means Cristian Roldan needs to pinch in even more effectively and it means the centerbacks must be even cleaner in their tackling. Good news, we’re otherwise pretty healthy With the notable exception of João Paulo, the Sounders are looking pretty healthy. Xavier Arreaga has been cleared from concussion protocol and most of the other nine starters were given 10 full days of rest following the CCL final. If the Sounders can keep that group mostly healthy, there’s every reason to think they should be able to handle not just Minnesota but just about anyone else in the league. Home sweet home Looking just at league play, you’d be excused for thinking that the Sounders’ less-than-stellar home form from last year has bled over into 2022. Taking a more expansive view, however, reveals that the Sounders are actually 5-2-0 with a +12 goal difference at Lumen Field this year in all competitions. That 2.14 points per game is actually a little better than their 13-year average and would rank among their best-ever home records. All of which is to say that the Sounders have regained at least some of their home mojo. Loons don’t like Cascadia It’s not just Seattle where Minnesota has struggled, the same can be said for all of Cascadia. The Loons are just 3-12-2 in Seattle, Portland and Vancouver, B.C. during their six seasons in MLS. They will come into this game missing Federal Way native Hassani Dotson, who suffered a season-ending knee injury, as well as starting right back Romain Metanire. Celebrate Title XI The Sounders will be celebrating the 50th anniversary of girls soccer in Washington State and the passage of Title XI in a variety of ways on Sunday. Most visibly, they’ll have a pregame ceremony and are hosting an exhibit created by the Washington Legends of Soccer, wearing commemorative patches on their jersey and selling a special-issue scarf.