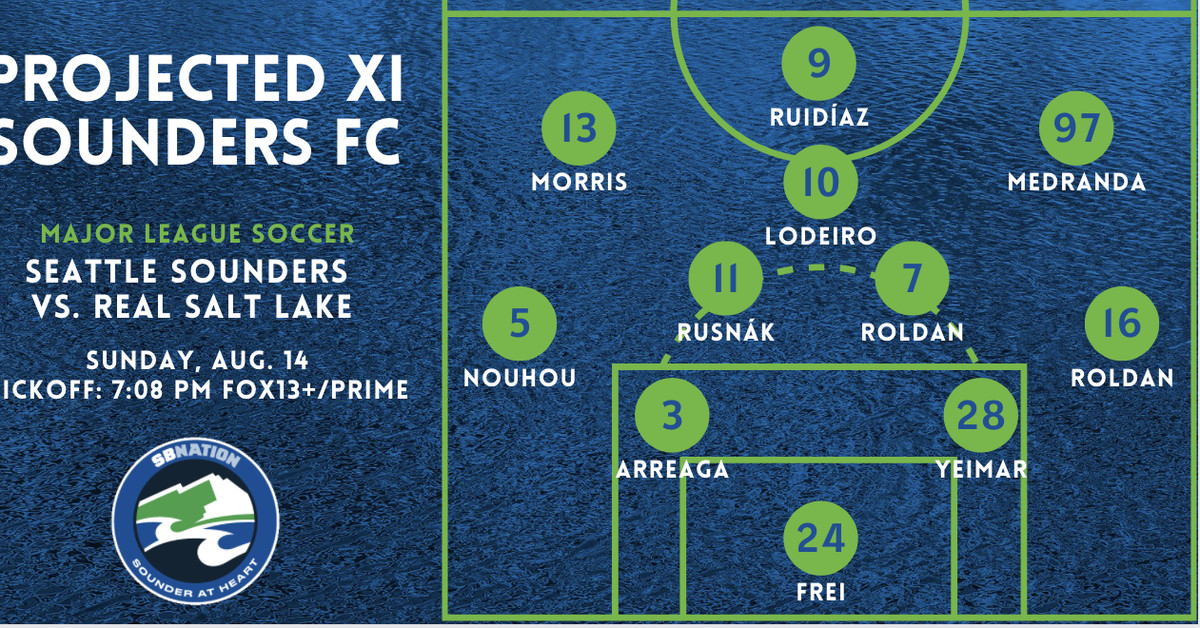 Photo by Jeff Halstead/Icon Sportswire via Getty Images The Sounders need to string some positive results together. It’s now or never. The Sounders return to action following the 2022 MLS All-Star break against RSL on Sunday at 7 PM. With only 10 matches remaining in the MLS regular season and the Sounders currently on the outside looking into the playoffs, now is the time to start building traction. It’s now or never. Here are five things to know about the match: RSL have struggled away from home RSL have had a very up-and-down season to date. It started with 10 points from a possible 12, leaving them joint top with LAFC after four weeks. That run was followed by 3 points from 5 games and 12 points from 5 games sequentially. There has been a common denominator in most of their negative results that isn’t especially surprising — they rarely earn wins away from Rio Tinto Stadium. They’ve visited 12 different stadiums in 2022 and have just two wins. Only 5 of 28 teams in the league have fewer. Additionally, those two victories have both been against Eastern Conference opponents, a stat that should make the Sounders confident. It should be noted that they’ve picked up a respectable four draws on the road, though only one of those has occurred since the end of April. Sounders have a point to prove “Familiar” is the word I would use to describe the relationship between RSL and the Sounders that has certainly flared to new heights over the course of the past year. Last summer, Freddy Juarez made the almost-unheard-of decision to leave a head coaching job with RSL to take an assistant job with the Sounders. Of course, they were destined to meet in the playoffs. After playing 120 minutes without a single registered shot on goal, RSL took the home team to penalties and ultimately took the win. It left everyone in dismay, and to this day I’m still not totally sure what went wrong. A couple months later, the Sounders struck back with big move on the transfer market. They announced the signing of DP RSL midfielder and Slovenia international Albert Rusnak, who has since led the Sounders to the greatest honor of club soccer in North America — the CONCACAF Champions League. There is plenty of bad blood between these two teams, and the Sounders will hope to earn a resounding victory against the team who embarrassed them at home just under 9 months later. New signing Savarino has been tearing it up Venezuelan winger Jefferson Savarino has returned to RSL this summer following a two-year stint in Brazil with Clube Atletico Mineiro. He was previously with RSL between the start of the 2017 MLS season and the end of the 2019 MLS season. In his 10 matches for RSL since his return, Jefferson has tallied an impressive seven goal involvements in 10 matches. His addition to the squad hasn’t necessarily translated to positive results, though. They’ve picked up 12 points from a possible 24 since his debut. Shockingly, Sounders still only 1 point below playoff line The Sounders have been extremely inconsistent, to say the least. Although they put together a solid run almost immediately after the CCL win, it was sandwiched between less satisfying results. Good and extremely impressive performances have been followed by frustrating and annoying losses. It has not been the kind of form that secures a playoff position by any means, but luckily for the Sounders, their playoff competition has been even worse. LA Galaxy, Dallas, RSL, Nashville each have 2 wins since the beginning of June. TWO. Nashville have won one home game since mid-may (against Seattle :/). This has left plenty of room for Minnesota, Portland, Seattle, Colorado, and Vancouver to make their pushes to overtake them in the standings. It has left the table as congested as I've ever seen it this late into a season. Six points separate 3rd place Dallas from 11th place Vancouver. The Sounders need to find their good form, and fast. The last thing any team in the hunt for a spot above the line wants is to go into the final stretch of games desperately needing points. Raúl finally fit, and even scored a goal this past week! It has not been a fun time as a Sounders fan without Raúl Ruidíaz involved in the team. They’ve struggled to create anything especially meaningful in the attack since he suffered his first hamstring injury against Vancouver back in June. The Sounders have won four games of 10 played in Raul’s absence (he played once against Portland, but we don’t speak about that one). It’s not an acceptable number for a team as good as Seattle, but as I previously covered, they have lucked out in that their playoff rivals have been even worse. Ruidíaz will hope to make it two games in a row with a goal since he scored the winner in the 2022 MLS All-Star match against the Liga MX All-stars on Wednesday.