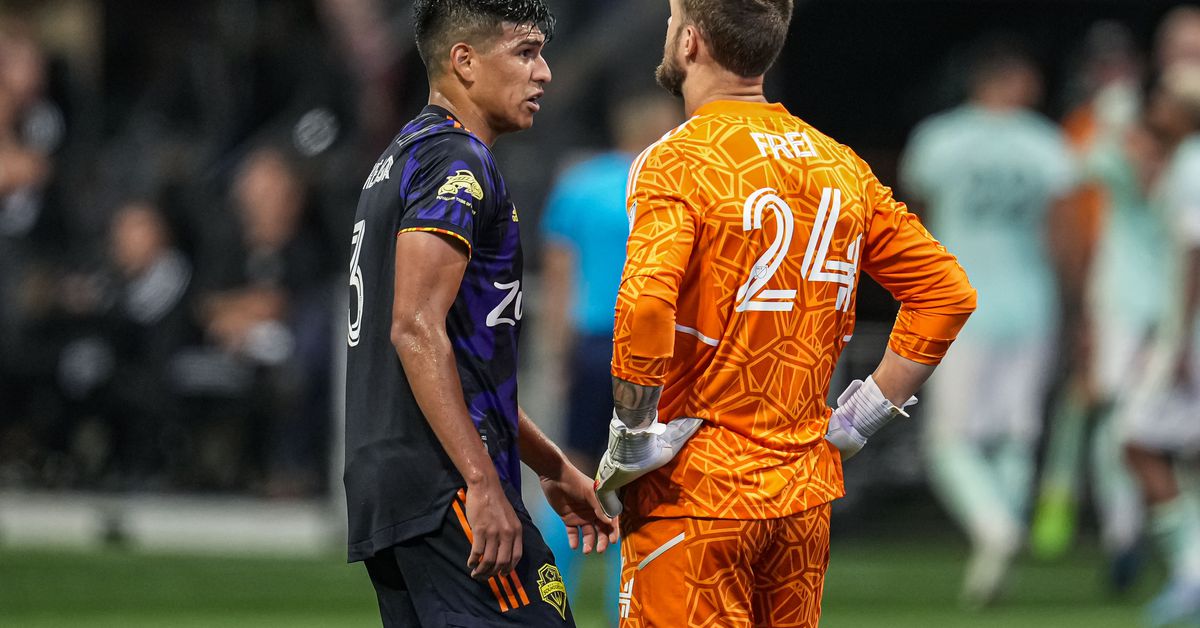 Dale Zanine-USA TODAY Sports This is getting old. Ninety-three minutes into their match again Atlanta United, head coach Brian Schmetzer and the Seattle Sounders were probably a little disappointed. After a second-half display that saw them not only get an equalizing goal but consistently create dangerous chances, there was probably more belief that the game was there to take all three points. However, the Sounders weren’t able to convert on any of those chances prior to the end of the match, leaving the game open for either side to snatch it at the end. Unfortunately, it was Atlanta that seized the opportunity to get a late 2-1 win. A wonder-strike from substitute Andrew Gutman broke the Sounders’ hearts, leaving them empty-handed at Mercedes Benz Stadium and with more than a few questions to answer on the long flight home to Seattle. The failure to get a result in a match they were the better side in for most of the second half will sting a little bit more, and leaves their playoff positioning all the more precarious as the season enters the final third. Most of the Sounders will have some time off before the next match a week from Sunday, though Jordan Morris and Raúl Ruidíaz will be on All-Star duty. The extra rest will help the physical recovery, but eight days is a long time to have to push past one of the more dispiriting losses in recent memory. The Sounders are probably getting tired of not playing poorly, but still being unable to get a result. It was another one-goal loss — their 10th on the season — meaning the Sounders have missed out on numerous opportunities to pick up an extra point here, or nick three there. As Cristian Roldan said after the match, adding even 3-4 points over the course of the season in draws can make a huge difference in playoff positioning, or staying above the red line at all. For some reason this year, the Sounders have not found the formula to pick up those points. Road form fails the Sounders The Sounders had established something of a reputation for solid — even spectacular — road campaigns in MLS. Part of that is because they’ve been a good team generally, and as such hold their own on the road. But last year for example was notable in that they performed better on the road than at home (31 points away versus 29 at home). This year has seen a decided turn in fortunes, with the Sounders only able to muster three victories away from Lumen in 12 attempts. August will see them have plenty of opportunities to improve on that record, and they’ll need to if they want to do more than squeeze into the last playoff places. Ruidíaz’s return helps Ruidiaz didn’t score in this match, but his presence was a present for the Sounders, who were unquestionably more dynamic when the Peruvian international stepped on the field. Demanding respect from Atlanta defenders, Ruidíaz was able to help the Sounders with his dribbling and passing, and forced goalkeeper Rios Novo into some unconformable moments. Of course the most important thing — well aside from goal scoring — is another injury-free appearance as he works his way back to full fitness. Midfield mashup It was noted on the broadcast by Taylor Twellman that the Sounders have used 14 different combinations in the midfield this year, as they’ve been dealt a pretty poor injury hand with the loss of João Paulo and Obed Vargas to long-term injuries. The lack of consistency has been a trouble spot, as Schmetzer continues to look for a solution through the end of this season. For his part, Danny Leyva put in a solid substitute appearance in this match, winning his share of balls and helping the Sounders with his passing in attack. But finding the right combination continues to confound. Left out The issues in midfield have had a cascading effect, as Cristian Roldan’s move back a line has exposed the hole on the wing opposite of Jordan Morris. There wasn't much from Leo Chu in this match and other the options on the bench have yet to provide much. The Sounders were expectedly quiet as the transfer window closed, though there is some hope for either an internal signing or a free transfer pickup. Still the odds such a signing would cure what ails them seem remote, so the Sounders will have to solve this problem with what they have.