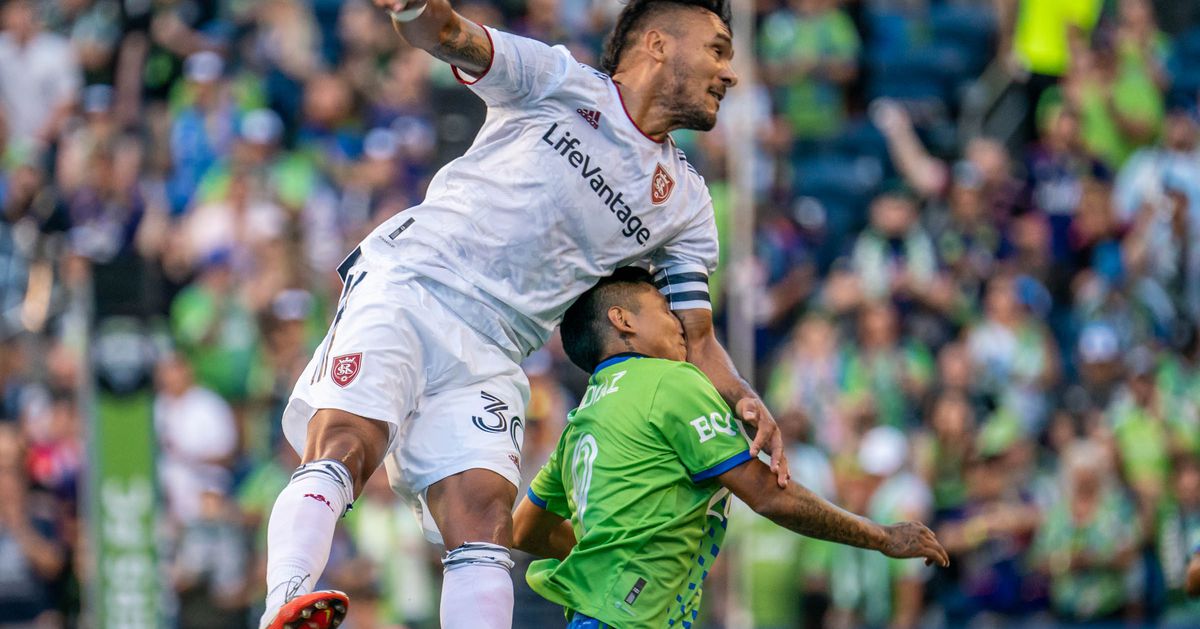 Max Aquino / Sounder at Heart This one hurts. SEATTLE — Who wants to make the MLS Cup Playoffs? It seems like a question with a simple answer, but in the parity paradise that is Major League Soccer, it turns out that aside from the valedictorian (LAFC) and the annoying overachievers (Austin FC), most of the students seem content to sit in the back of the class, keep their heads down and hope they don’t get called on. But in MLS, the curve is pretty generous, and with similar stragglers across the conference, there always remains hope that a last-minute cram session will be enough to get them a passing grade. Still, eventually, time runs out, and the Seattle Sounders have spent most of the summer of 2022 trying to make up for missed homework assignments in the spring. But the work they’ve been turning in has been middling at best, which is why they find themselves on the wrong side of the MLS curve. After Sunday night’s 2-1 loss to Real Salt Lake at Lumen Field, they find themselves on the precipice, with a nasty three-game road trip staring them in the face. If they needed to cram before, they’ll need all the extra credit they can get now. Second verse, same as the first Another solid-if unspectacular first half, marred by a momentary lapse in concentration leading to a halftime deficit. It’s happened more times than I care to count, but at this point it’s a habit they haven’t been able to break. While the Sounders were earlier the victim of a marginal offside decision that took a goal away, they again had control of the ball for a majority of the first half, but were otherwise unable to capitalize on any of their opportunities. And when a set piece opportunity was (again) thwarted by Real Salt Lake, an over-the-top long ball caught the Sounders out, and even with an initial save by Stefan Frei and several Sounders retreating in defense, they weren’t able to keep the ball out of the net. Danny Leyva a bright spot in the midfield The rotating cast in the defensive midfield saw Danny Leyva get a chance to assert himself, and for 65+ minutes, the Sounders homegrown really distinguished himself. Repeatedly unlocking the RSL backline with some incisive passing, Leyva provided the Sounders with numerous opportunities to get on the scoreboard. Unfortunately, the Sounders did not have their shooting boots on, and most of his efforts were left begging by his teammates. After the match, coach Brian Schmetzer noted that Leyva would be in the conversation for a start against the LA Galaxy but given his performance, he might have warranted a few more minutes against RSL. Sounders can’t seem to get out of their own way The cliche goes that the most dangerous time for a team to concede is right after they score, and the Sounders did their best to lend credence to that saying. Given that they had scratched and clawed their way to a level score thanks to Albert Rusnák trying his luck from distance, and given the situation, the Sounders find themselves in general, one would assume concentration would be at a premium. However, a missed assignment on a cross delivered from the end-line found Andrew Brody, and unlike the Sounders, and moments after the Sounders had scored, they were chasing the game again. Sounders aren’t tough to beat right now Two goals conceded in with lack of concentration the culprit, and the inability to finish chances of their own, the Sounders right now seem to be an easy mark. At least, the book is out on them: Pack the defensive half of the field, stay compact, and then get them on the counter. It’s happened again and again over this summer malaise, and the Sounders have yet to find a way to flip the script. It’s been a frustrating summer to say the least, and the only saving grace is that it’s almost over. Of course, due to the impending World Cup, it also means the regular season is almost over as well, so the Sounders have precious little time to turn things around. Three-game road trip is probably make-or-break This surely isn’t where the Sounders wanted to be, but it’s where they find themselves. Once the calendar turns to September, the Sounders will only have six games left. Right now — amazingly — they find themselves within one point of the playoffs, but after two six-pointers against red-line antagonists and a brutal midweek trip to Orlando, a failure to get, say four or five points minimum, and it’s unlikely they’ll find themselves in a similar position. The Sounders typically have found some magic on the road in seasons past, but this hasn’t been a typical Sounders season by a long shot.