Go ahead, tell us the odds 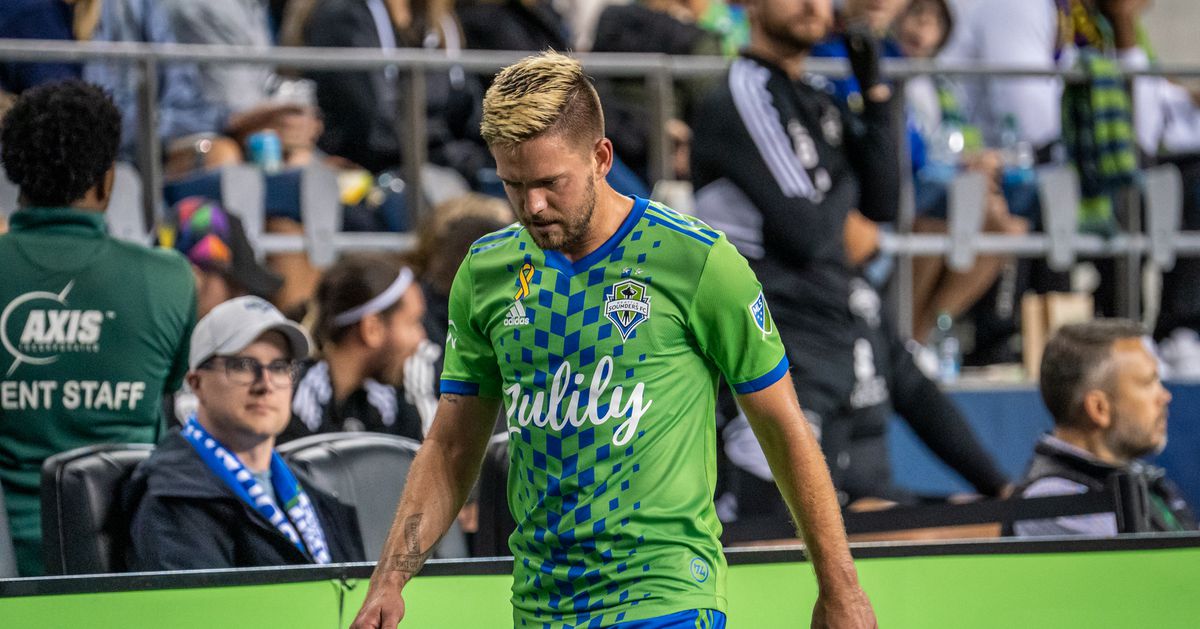 Max Aquino / Sounder at Heart The tie against FC Cincinnati didn’t eliminate the Sounders, but it removed literally all room for error, much of which is out of their control. SEATTLE — Taken in isolation, there were some things to like about the Seattle Sounders’ performance on Tuesday. Facing a likely playoff team with one of the league’s top offenses and fielding a roster that was missing most of its normal starters, the Sounders actually acquitted themselves OK. Throughout most of the first half, the defense held Cincinnati’s key attacking talents in check. The prolific trio of Brandon Vazquez, Brenner and Luciano Acosta had just two first-half shots and only one truly dangerous chance (more on that later). Once Cristian Roldan came on in the 55th minute, the offense found a spark, too. The goal Fredy Montero scored was both wonderfully constructed and perfectly struck, featuring impressive movement and execution from Albert Rusnák and Kelyn Rowe in the buildup. SUPER FRED @_fredymontero with an absolute strike! pic.twitter.com/tsJdJCe0vY— Seattle Sounders FC (@SoundersFC) September 28, 2022 Even after Rowe was shown a somewhat questionable red card in the 69th minute, the Sounders continued to press and look for a game-winner. There were moments where I genuinely thought it would come. Alas, it did not. And, to be entirely fair, it was FC Cincinnati who had the better chances on the balance. Given all that, a 1-1 tie was a pretty decent result for the Sounders. Unfortunately, this was a game they almost literally needed to win in order to keep any real hope of extending their 13-season playoff streak. Sounders head coach Brian Schmetzer praised the effort, especially from the youngsters like Ethan Dobbelaere who were pressed into action, but it also felt an awful like too little, too late. “We feel the pit in our stomach because we didn’t come out with three points,” he said. “But we’re going to continue to do our job, coach the guys up, and, Kansas City, we’re going to go down there and try and get three points. “We’re not out of it yet.” While the Sounders do remain mathematically alive — I’ll get into those scenarios in a bit — there was a certain sense of finality both on the field and in the locker room. When the whistle blew, Sounders were littered all over the field in various states of emotional and physical exhaustion, heads hanging low, hands over their eyes, bodies slumped. The postgame comments even had a sense of near resignation, albeit mixed with a sense of determination to still finish strong. “I think we’ve kind of shifted that focus more toward us and have that attitude of controlling what we can control, which is gaining three points,” Sounders midfielder Cristian Roldan said. “We’re aiming for six points — we were aiming for nine — but that’s the mindset.” That’s a perfectly sensible way to move forward, of course. All the Sounders can do is focus on themselves. But it’s at least worth exploring what, exactly, would have to happen for them to make the playoffs. The first thing to know is that, like Roldan said, they absolutely have to win both of their remaining games. That’s not just to have a “realistic” chance, it’s to have literally any chance. They are still five points below the playoff line, after all. That means they must win at Sporting KC on Sunday and then close out the season with a win over the Earthquakes on Decision Day. But for those games to matter, the Sounders need some help. The good news is that they’ll have the benefit of the first tiebreaker with every team that can theoretically finish on 46 points, which gives them a tiny bit of breathing room. That means the LA Galaxy (46 points), Portland Timbers (46), Minnesota United (45) and Real Salt Lake (43) are the teams the Sounders need to be worried about. If three of those teams eclipse 46 points — which could theoretically happen before Sunday’s kickoff — the Sounders are eliminated. This week, Minnesota visits the San Jose Earthquakes on Saturday; the Galaxy host RSL on Saturday; and the Timbers host LAFC on Sunday. On Decision Day, Minnesota hosts the Whitecaps; the Galaxy visit the Houston Dynamo; and RSL hosts the Timbers. There’s actually a Max Chaos™ scenario that would see five teams finish on 46 points with the top two qualifying for the playoffs. That would require the Sounders and Whitecaps winning out; the Timbers losing their final two; Minnesota claiming no more than 1 point in their final two; and RSL winning on Decision Day. The Sounders would actually finish sixth in that scenario. Taken as individual outcomes, I don’t think any of those are particularly unlikely and I’d even go as far as saying that the playoff line could easily end up as low as 46 points. But for that to matter to the Sounders, they need to actually start winning some of these supposed “must-win” games, something they’ve shown precious little ability to do over the past few months. “It makes it tough, it makes it really tough,” Sounders forward Will Bruin said. “But there is no ‘poor us, feel sorry for us.’ This is the situation we put ourselves in. “It’s literally do-or-die now.”