It’s beyond time to ‘figure it out’ 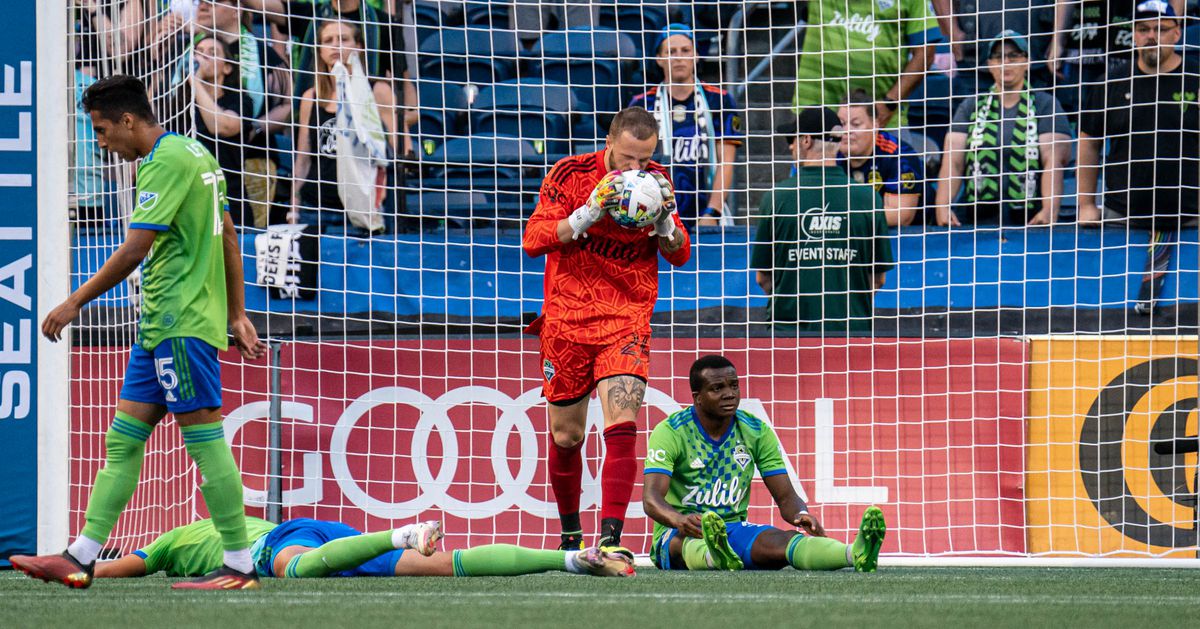 Max Aquino / Sounder at Heart Sounders wasted another opportunity to solidify their standing, and are stretching patience thin. SEATTLE — Contrary to popular belief, the Seattle Sounders’ first 13 seasons have not all gone smoothly. Sure, they’ve never missed the playoffs and never even finished lower than fourth in the Western Conference standings, but there have been plenty of years where that position was plenty precarious. In three seasons — 2013, 2015 and 2016 — the Sounders’ were unable to clinch a playoff spot until the final game. As recently as 2018, the Sounders were in a very similar position they are in now at this point in the season — two points out of a playoff spot with 10 games left to play — albeit also in the midst of a record-breaking winning streak. But after Sunday’s disheartening 2-1 loss to Real Salt Lake, I have to admit this time feels a bit different, and not just because the clock is ticking as loud as it ever has. “I do agree with everybody in the room and all the fans that time is running out,” Sounders head coach Brian Schmetzer said during his postgame press-conference. “We’ve got to figure this out very quickly.” The biggest hope is simple math. Despite losing 7 of 10 games, the Sounders are somehow still just a point out of playoff position. If they can string together a few good results, their position will improve dramatically. A win against the LA Galaxy on Friday could push them as high as sixth. The problem is that we’ve been saying something similar for over a month. On July 2, the Sounders were coming off a 2-0 road win at Toronto FC and found themselves sitting fourth in the Western Conference. That was immediately followed by a three-game losing streak, and they’ve been falling down the ladder — bumping their head on seemingly every rung — virtually ever since. It’s been tempting to largely blame this on a constantly shuffling lineup. While it’s true that the Sounders have been unable to settle on a starting 11, the core group has mostly remained intact. That also amplified the frustrations with the RSL loss. With Raúl Ruidíaz back in the starting lineup for the first time since July 9, this was about as good of a lineup as the Sounders are currently capable of fielding, at least on paper. The performance wasn’t exactly awful — and few of their losses during this forgettable summer have been — but it was far short of inspiring. It didn’t start so bad, of course. The Sounders came out on the front foot and seemed to get the go-ahead goal when Ruidíaz worked a little magic with a shot that hit the crossbar and banked into the goal off the back of Zac MacMath’s head. Unfortunately, VAR intervened and correctly pointed out that Cristian Roldan was ever-so-slightly offside on the buildup, wiping the goal off the board. That seemed to kill any momentum the Sounders had and they eventually found themselves playing from behind for the sixth time in nine games when they allowed Sergio Cordova to get in behind on what was a pretty basic counter-attack. The Sounders were able to regain some momentum in the second half and mostly dominated possession and chances, but were their own worst enemy yet again almost immediately after equalizing. The Sounders’ goal had the potential to be something they could build on. Albert Rusnák, against his old team, hit a low, hard shot that went through traffic and beat MacMath to the near post after some clever passing. But before the crowd could even settle in, RSL had equalized when Andrew Brody was allowed to sneak in for an unmarked shot at the far post, despite having three defenders to mark two attackers. The final 30 or so minutes was mostly spent with the Sounders doing everything but score. MacMath seemed particularly insistent on providing scoring chances, repeatedly spilling balls or finding himself out of position, only for the Sounders to fail to capitalize. The Sounders’ best chance an equalizer came deep into stoppage time when Jimmy Medranda laced a cross through the box, where both Jordan Morris and Fredy Montero were waiting. Montero seemed to get there in time for a look at a wide-open net, but was only able to get a slight touch to it and the ball went harmlessly out of bounds. As much as this felt like a must-win match, it was not one in a literal sense. There are still nine games remaining and the Sounders are just a result away from changing the narrative. But they are needlessly increasing the level of difficulty. They now embark on a three-game road trip that could potentially turn around or sink their season. There are ample reasons to think the Sounders won’t pull out of this tailspin, but the players at least seem to be keeping their heads. “There’s confidence that this team has talent, that this team has the experience, this team is not going to give up and just let the season go,” Kelyn Rowe said. “We’re not anywhere near that, nor would we ever be. There’s too much youth, too much exuberance, too much of the coaching staff making sure that we’re not getting complacent or too down on ourselves. I have zero doubt there’s a run coming.”