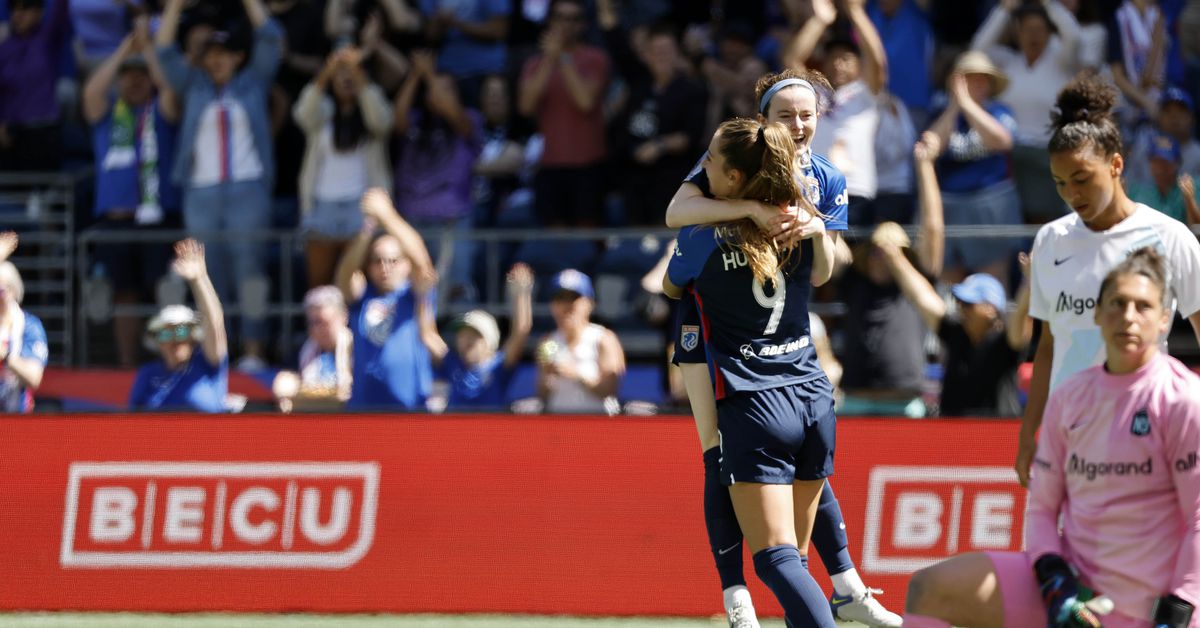 Joe Nicholson-USA TODAY Sports Megan Rapinoe scored two goals in a 4-1 win, and Laura Harvey became the winningest coach in the NWSL. OL Reign scored four goals for the first time this season as they took down Gotham FC at Lumen Field in front of 7,048 fans. Megan Rapinoe scored two goals, Rose Lavelle added another, and a Rapinoe cross/shot caused a Gotham own goal. While Gotham FC managed to score a goal of their own, the Reign dominated and walked away with a 4-1 win on Sunday afternoon. WHAT WORKED: Goals, goals, goals! The most lingering issue for OL Reign all regular season has been their inability to score goals. With one of the highest expected goal (xG) totals in the league, coach Laura Harvey has been honest about her frustration with her team’s lack of scoring. OL Reign made sure to put a smile on her face today, scoring four total goals against Gotham FC. Rose Lavelle opened the scoring with a lovely run from a throw-in by Megan Rapinoe. It is the type of finishing the team has lacked and the hope is this carries over into their remaining matches. WHAT WORKED: Megan Rapinoe and the press Megan Rapinoe has struggled to play consistently for OL Reign this season with injuries and international duty. Today, she had two goals and an assist in 75 minutes and helped her teammates with the press that caused Gotham fits and kept them in OL Reign’s offensive half most of the first 45 minutes. The press from the Reign is one of the better presses in the league and could prove to be another advantage for a team that has one of the deepest rosters in the league. When the team is playing this cohesively, it is hard to imagine any team beating them consistently during their playoff push. WHAT WORKED: Laura Harvey sets a record A special note: With today’s win, Laura Harvey becomes the all-time winningest coach in NWSL history with 82 regular season victories. Both Rapinoe and Lavelle took time in the post-match press conference to recognize Harvey’s accomplishment. “She cares about her players as people first. She makes a point to care about you as a person but also your development as a player,” Rapinoe said. “I feel very lucky to be in this system with her. I feel like I’m a part of this system and the system is part of me.” “She’s a tactical mastermind. I’ve learned so much from her and grown so much as a player,” Lavelle added. Congratulations, Coach Laura Harvey! ᴄᴏɴɢʀᴀᴛᴜʟᴀᴛɪᴏɴs, @LH1505! Most regular season wins in NWSL history with 82!#BoldTogether pic.twitter.com/uvQaWqhFD7— OL Reign (@OLReign) August 14, 2022 WHAT DIDN’T WORK: No clean sheet While OL Reign dominated the match, they’ll be disappointed that they didn’t walk away with a clean sheet — as they gave up a goal in the 72nd minute. The goal came from a Reign giveaway also, which is something the team has been trying to clean up. POSTGAME QUOTES “Gotham likes to play. Teams don’t often let us high press against them because we’re good at it...it gives us momentum when we’re allowed to do that.” - Laura Harvey on OL Reign’s press “We focused on us...see what the game presents and feel it out a little bit and try to punish them where we can. That ended up being a little bit in the pockets on both sides, and being able to get in behind gave us a lot of space to enjoy the ball in those areas.” - Megan Rapinoe on OL Reign’s approach against Gotham OL Reign have a break in league play until August 26, when they head on the road to take on the Orlando Pride, but they will be heading to Louisville before then to take part in the Women’s Cup, with games on August 17 and 20. All matches will stream on Paramount+.