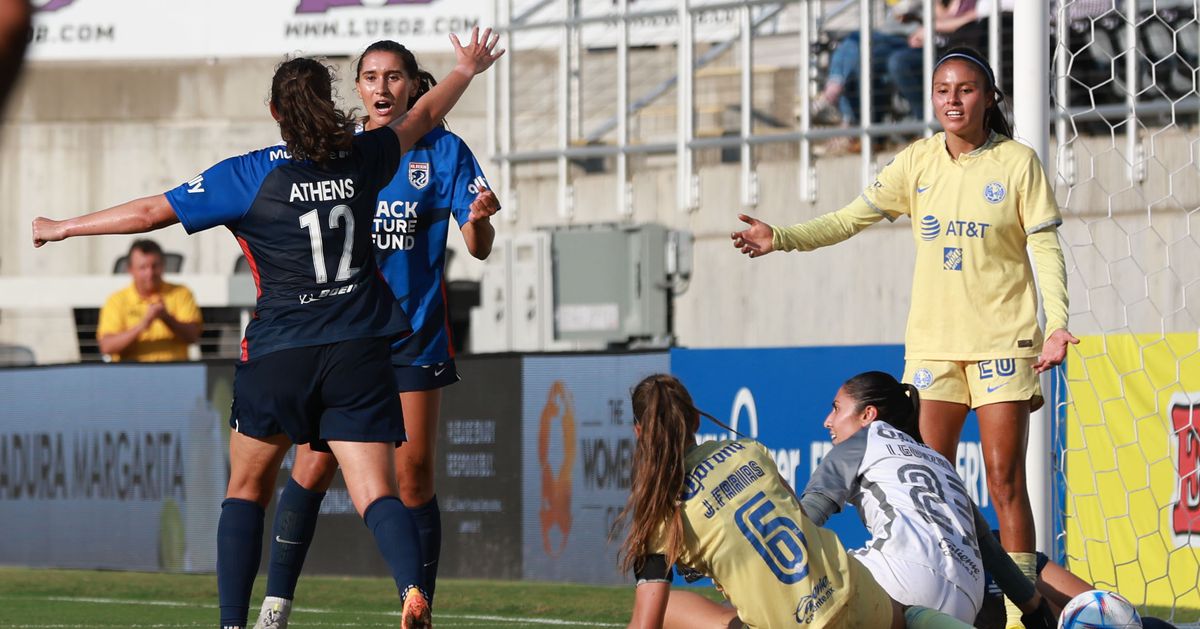 EM Dash-USA TODAY Sports Tziarra King and Olivia Van der Jagt score for OL Reign in a three-minute span. After an emphatic 4-1 victory over Gotham FC on Sunday, OL Reign are in Louisville, Kentucky for a break from NWSL action while competing in this year’s edition of The Women’s Cup. OL Reign faced Club América Femenil in the first semifinal of the competition, which itself marked the first time in club history that the Reign competed against a Mexican club in an official competition. Club América won their quarterfinal match this past Sunday over Tottenham Hotspur Women, 2-1, to meet OL Reign today. A rotated squad did a lot of defending in the first half, conceded first in the second half, but in a fortunate turn of events this time, scored two goals in a three minute span to come out on top over Club América. Kiana Palacios scored for Club América in the 61st minute. OL Reign’s goals came from Tziarra King in the 79th minute and Olivia Van der Jagt in the 82nd. WHAT WORKED: LAUREL IVORY MAKES HER OL REIGN DEBUT As expected with the team having just played on Sunday, a rotated squad started for the Reign in their first match in The Women’s Cup. Goalkeeper Laurel Ivory was the beneficiary of Phallon Tullis-Joyce getting the night off, making her first start for OL Reign. Goal concession aside, Ivory looked decent relative to the overall rotation of the field players. With the competition being an exhibition, OL Reign head coach Laura Harvey stressed that the team would be looking to give minutes and experience to everyone that isn’t a regular starter. Harvey has said it throughout this season that this Reign squad is the deepest she’s ever coached and it’s encouraging to see players step up to the challenge when the opportunity arises. WHAT WORKED: TZIARRA KING! Upper corner, all sauce. TZIARRA KING. WHAT A GOAL. @OLReign are right back in it. Game on pic.twitter.com/nCuMXSZ1u7— Attacking Third (@AttackingThird) August 17, 2022 WHAT WORKED: OLIVIA VAN DER JAGT + CLUTCH GOALS Already having an NWSL Challenge Cup match-winning goal in her account, Olivia Van der Jagt scored the match-winner in the 82nd minute. TWO GOALS IN TWO MINUTES FOR @OLREIGN pic.twitter.com/6JOaLs7KzR— Attacking Third (@AttackingThird) August 17, 2022 WHAT DIDN’T WORK: THE GOAL CONCESSION The force field was broken in the 60th minute as Club America’s Kiana Palacios made the most of a second chance opportunity. Unfortunate that Sam Hiatt’s first touch went that way for Palacios to pounce on, but sometimes that just happens. Kiana Palacios breaks the deadlock for @AmericaFemenil Her second goal of the @thewomenscup pic.twitter.com/bBgD3MigUX— Attacking Third (@AttackingThird) August 17, 2022 With the win, OL Reign will now face the winner of the Racing Louisville vs. AC Milan semifinal. The Women’s Cup final match will be played on Saturday, August 20 at 4 PM PT and can be watched on Paramount+.

Tacoma Defiance have first trophy in sights as they enter playoffs