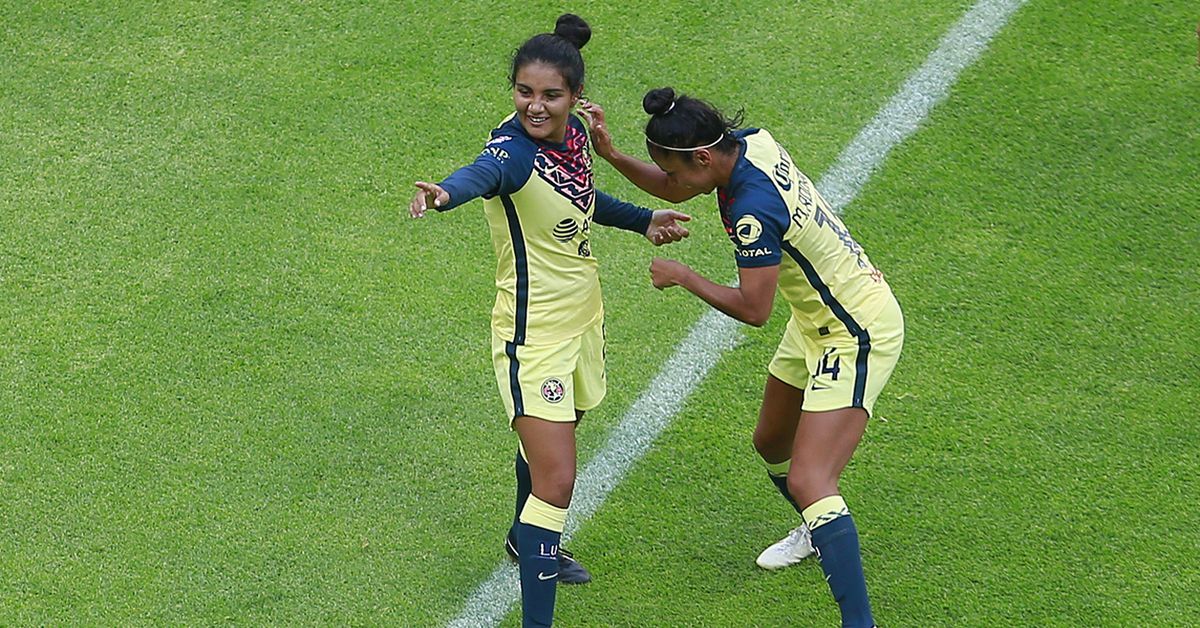 Photo by Mauricio Salas/Jam Media/Getty Images 2 PM PT. Paramount+. Watch with us. OL Reign kick off their Women’s Cup action in Louisville today with a 2 PM PT match against Club América Femenil. The game will stream on Paramount+ for fans in the U.S. Club América won the Liga MX Femenil title in 2018 and has been consistently among the top teams in the league. They finished fourth in the 2021/22 Clausura and are currently fifth in the 2022/23 Apertura after seven matches — averaging one goal for and one goal against per match. The Women’s Cup is a six-team tournament that includes OL Reign and Racing Louisville from the NWSL, along with Club América, Tottenham Hotspur, AC Milan, and Tokyo Verdy Beleza. The Reign and Louisville had a bye in the first round and are facing the winners from the opening games in the semifinal round. Club América advanced with a 2-1 win over Tottenham Hotspur on Sunday, and the winner of today’s match will face the winner of Louisville versus AC Milan on Saturday, August 20. Ahead of today’s match, OL Reign announced that they signed defender Jodi Ulkekul, who was previously signed as a National Team Replacement Player in July, to a contract through the end of the season. The 25-year-old played professionally overseas with CD Castellón after spending two seasons with AS Roma. Who to Watch Kiana Palacios has scored five goals already for Club América in Liga MX Femenil play. The forward also plays with the Mexico Women’s National Team and scored first for Club América against Tottenham — getting on the end of a corner kick. Kiana Palacios gives Club América the lead! pic.twitter.com/4EqHn5XzyK— Attacking Third (@AttackingThird) August 14, 2022 Alison González is just 20 years old and wears the No. 10 jersey for Club América and has scored four goals for the club in their first seven games this season. She joined Club América from Atlas in December but spent her first few months with the club recovering from a knee injury. González scored 70 goals in 90 appearances with Atlas, winning the Golden Boot in the 2021 Clausura and coming in a close second in the 2020 Apertura scoring race. She took the corner kick that resulted in the team’s opening goal against Tottenham and is a fantastic dribbler and goal-scorer with great vision and flair. Last week, Mexican starlet Alison Gonzalez came in at #️⃣3️⃣ in our women's #NXGN list of the world's best wonderkids This week, she did this ‍♀️ What a talent pic.twitter.com/Et265y19Dj— GOAL (@goal) April 2, 2021 Katty Martínez subbed on in the opening match, which could indicate that she’ll start today. The 24-year-old forward is a goal-scoring machine in Liga MX Femenil. She joined Club América in December from Tigres — scoring 21 goals across both clubs in the 2021/22 Clausura and Apertura. She also won the Golden Boot in the 2020 Apertura with 18 goals in 17 games and has become a starter for the Mexico Women’s National Team along with González. Les comparto un video que edité con los mejores goles de Katty Martínez en la Liga MX Femenil y en la Selección Mexicana⭐️ Katty “Killer” es una leyenda de Tigres y la nueva ídola del América ⚽️Espero que les guste y puedan compartirlo @kattyabad10 pic.twitter.com/yGhCCmkWPS— Roberto Haz (@tudimebeto) February 16, 2022 What to Watch Rotation: The Reign are going to use this tournament to give some of their rotational players minutes. Expect the rookies and subs to get plenty of minutes, as OL Reign know the most important upcoming match is their August 26 league game against Orlando. High line: Club América had success sending balls over the top of Tottenham’s high line in their opening match (see: their second goal). The Reign like to play a similar high line and will need to be prepared for speedy runs today. Scarlett Camberos doubles the lead for Club América! pic.twitter.com/bifc3yFUIN— Attacking Third (@AttackingThird) August 14, 2022 Have some fun: While this tournament didn’t come at a perfect time for the Reign, who have some brutal road trips in September as they fight to stay in a playoff position, it’s also a great opportunity for them to find some scoring joy before they return to NWSL play. Let’s have some fun. Lineups To come Highlights To come How to Watch Date/Time: Wednesday, August 17, 2 PM PTLocation: Lynn Family Stadium, Louisville, KYStreaming (US): Paramount+Streaming (International): TheWomensCup.TV HOW TO WATCH US ​ @CBSSports @paramountplus Latin America/Caribbean ​ @DIRECTVSports ​Japan ​ @news24ntv ​​Sub Saharan Africa ​ @W_sportTV Germany, Austria, Switzerland ​ StreamsterRest of the world including UK, Italy and Mexico ​ https://t.co/kOzLye0IGt pic.twitter.com/SS7NuOJebH— The Women's Cup (@thewomenscup) August 13, 2022 Join the Discussion This is your OL Reign versus Club América Femenil gamethread. Join the discussion here in the comments, or follow the action on Twitter: @rovalks.

Tacoma Defiance have first trophy in sights as they enter playoffs