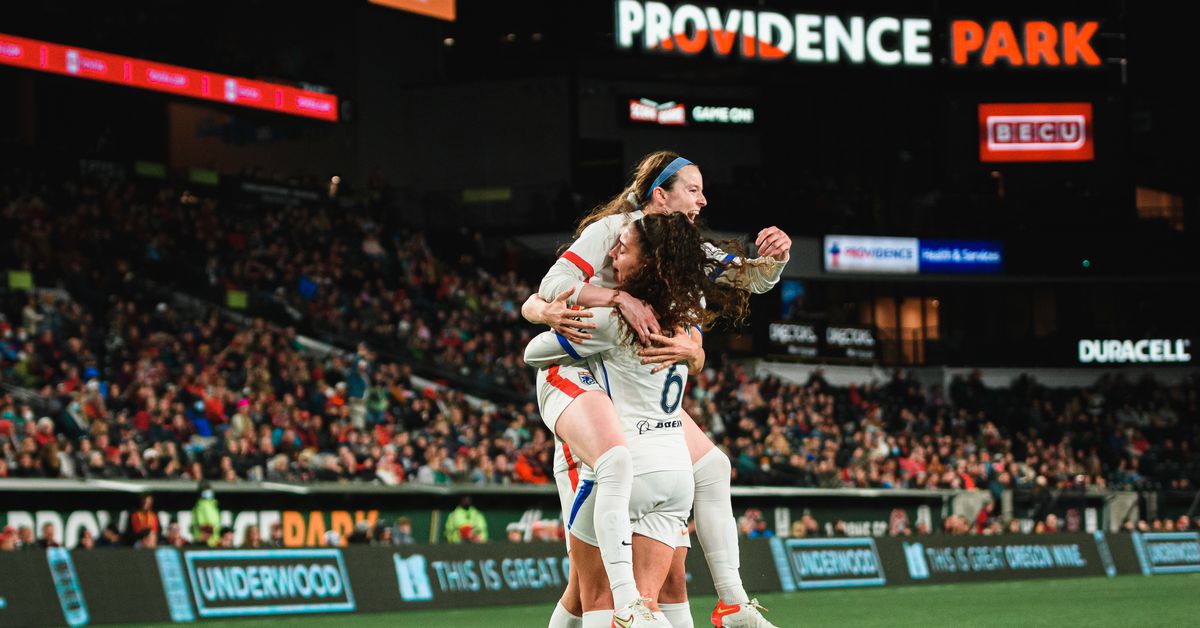 Nikita Taparia/Sounder At Heart 7:30 PM PT. CBS Sports Network. Watch with us. It’s Friday the 13th. It’s OL Reign matchday. And more specifically, it’s Cascadia rivalry matchday, perhaps we should call it Cascadia the 13th. Get ready for things to get weird. OL Reign kicks off against the Portland Thorns at 7:30 PM PT tonight. The match, which takes place in Portland at Providence Park, will air on CBS Sports Network and stream on Twitch for international viewers. Please note: Matches on CBS Sports Network do not stream simultaneously on Paramount+. You’ll need a cable TV package or access to something like YouTube TV or FuboTV to watch this one. OL Reign are 0-1-1 to start the regular season, while Portland is 1-0-0. They didn’t play last weekend after North Carolina, who they were set to play, advanced to the Challenge Cup final. The Cascadia rivals faced each other twice in the Challenge Cup, with the Reign going 1-1-0, including a 1-0 win in early April at Providence Park. While OL Reign players are coming off a hard week of three games, lots of travel, and a few disappointing outcomes due to some tough calls from referees, they are ready to put that behind them and focus on the next game in hand. Lucky for them, it’s easy to get amped for a match against their rivals. They’ll also be backed by more than 250 traveling supporters who are coming down for the game. With no players on the injury report, head coach Laura Harvey has lots of options to choose from. Yes, that includes Megan Rapinoe. What to Watch Silence the home crowd early and get the traveling supporters into the match early Stop Sophia Smith More creativity and smart decisions in and around the box Injury / Availability Report OL Reign OUT: NONE!!!!!! Portland Thorns OUT: Crystal Dunn (maternity leave), Marissa Everett (right hip) Lineups To come Highlights To come How to Watch Date/Time: Friday, May 13, 7:30 PM PT Location: Providence Park, Portland, OR TV: CBS Sports Network Streaming (US): CBS Sports (Note: this match will not stream simultaneously on Paramount+) Streaming (International): Twitch (search NWSLOfficial) Join the Discussion This is your OL Reign versus Portland Thorns gamethread. Join the discussion here in the comments, or follow the action on Twitter: @rovalks.