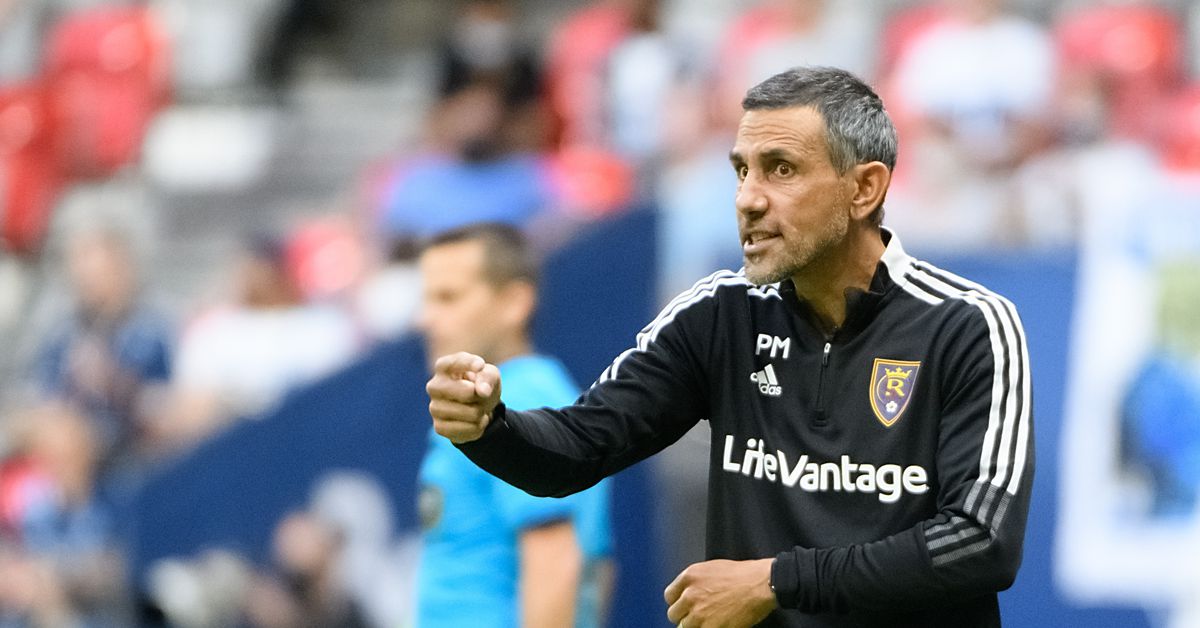 Still seems weird that Juarez left RSL and they promoted their long-time rival Pablo Mastroeni to take over. | Anne-Marie Sorvin-USA TODAY Sports Seattle will attempt to earn their eighth road win of 2021 while the Leagues Cup Final rests in the back of their minds. After two home wins, Seattle Sounders are back on the road, where they somehow remain better than expected. A stunning 7-1-2, +9 away from Puget Sound, Brian Schmetzer’s men are healthier than they’ve been since MLS Cup. That doesn’t necessarily mean they are going to field the strongest possible XI, as the Leagues Cup Final is Wednesday. Saturday’s match (6:30 PM PT, JOEtv/Prime Video) is a homecoming for now-Sounders assistant Freddy Juarez, who was the coach of Real Salt Lake until just a few weeks ago. Interim head coach Pablo Maestroni is 2-2-0 -2 since taking over the owner-less side. RSL has dominated the series when playing at home, and are 9-9-6, +5 in sixth place entering the weekend’s action. Seattle is attempting to retake the top of the West and second overall. For RSL Soapbox, Matt answers Three Questions. SaH: Was that new formation (3-1-4-2) from midweek something we’ll see? How is it supposed to work? RSLSB: You know, I wish I had an answer here. I think it’s something we’ll see, but I’m honestly not sure why. The premise appears to be that we play with a defensive three — center backs, mostly, but we stuck a left back in there against San Jose — which features Justen Glad playing in an aggressive hybrid role, in which he pushes high up the right side of the field. I think the goal is to get more attacking players in the mix, and I guess it does do that, but I’m seriously confused about the reasoning behind this. It’s a formation that might work with better players, but it’s overcomplicating things right now. Everyone, of course, is hyped on a win over San Jose Earthquakes, but there’s a broad forgetfulness now about RSL’s generally good attack through the season. The shift in strategy is unbalancing, and I truly think we got away with one against San Jose. Maybe things will straighten out and it’ll start to make a little more sense toward the end of the season, but implementing a new style in the late-season is a move I just would never have expected from this club. SaH: The offense is producing, maybe even good. What’s been the key to not getting shut out in nine games? RSLSB: I’d like to say it’s strategic and that everything is working out as anticipated, but I think it’s more that we’re angling for individual effort to lead the day. Damir Kreilach is a key example of this: He can score a goal out of a seemingly innocuous situation. He’s no Ruidiaz, obviously enough, but he provides a goalscoring impetus from the midfield. Aaron Herrera has turned into a serious provider of the ball at right back, with eight to his name thus far. Beyond the individual, we do prioritize offense over defense, and I think we see that play out in some ridiculous ways, like beating San Jose 4-3 on the road, or losing 4-1 to Vancouver at home. It’s been a long season. SaH: On the other hand, Pablo’s defense is struggling. Is the tempo of play too much for RSL’s talent? Will we see him be more pragmatic like he was with Colorado? RSLSB: It sure is! If I were to pinpoint one major area of concern that’s bringing our defensive woes forward, it’s the midfield. Whoever plays in the midfield — Nick Besler, Pablo Ruiz, or Everton Luiz — there’s little organization and a lot of ball-watching. It’s not the sort of thing that leads to proper protection of the center backs, and when you have a set of error-prone center backs, that becomes a hugely problematic way to play. We haven’t had a shutout in over a month, and under Pablo Mastroeni, we’re conceding a stunning three goals per game on average. Check out the Reverse and their previews to prepare for the match.

Five things we’d like to see when Sounders visit Rapids