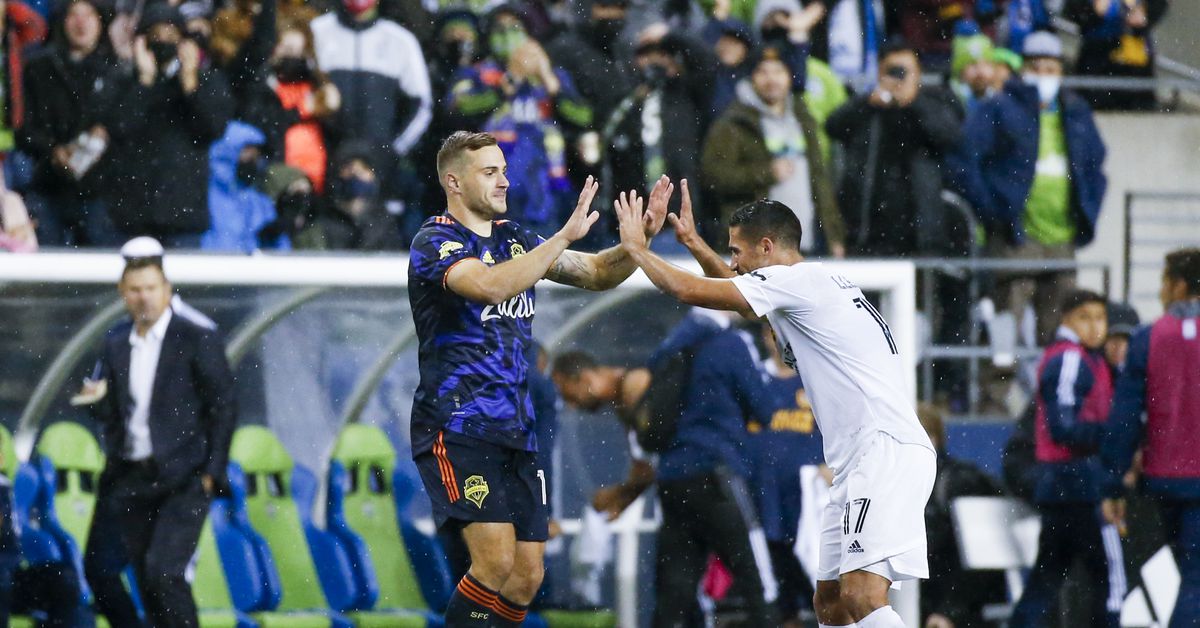 Becky G’s boyfriend greets Jordan Morris | Joe Nicholson-USA TODAY Sports The band’s back together for dates in Tucson and Coachella! This long winter without soccer was beginning to feel like that time Taylor Swift disappeared in 2017, but now we have a complete preseason schedule to usher in the next [Reputation] era of Sounders soccer. The Sounders will be training in Seattle from now until Jan. 23, before they start the first leg of their preseason tour with a residency in Tucson, AZ from Jan. 24 to Feb. 1. While in Tucson, the team will play their first gig of 2022 against Real Salt Lake on Jan. 26, followed by a closed-door secret show with the Colorado Rapids on Feb. 1 to finish out their time in Arizona. The team will reconvene in Seattle for some more preparations from Feb. 2 to 8, before taking the tour back on the road to the Coachella Valley, where the Sounders will be the biggest name in Indio before Harry Styles and Billie Eilish take the stage in April. The headlining match of the Coachella Invitational will be between the happier than ever Seattle Sounders, and the wanna-be pop stars from SoCal, the LA Galaxy, on Feb. 10. Later that same day the Sounders will also face Los Dos. Get hyped for these preseason matches — this Sounders roster, complete with the addition of Albert Rusnák, is a festival lineup to be excited for. Important MLS and CCL preseason dates Wednesday, Jan. 26 — Sounders vs. Real Salt Lake at 6 PM PT in Tucson Jan. 26 - Feb. 2 — International window (World Cup qualifying) Tuesday, Feb. 1 — Sounders vs. Colorado Rapids, kickoff time TBA in Tucson Thursday, Feb. 10 — Sounders vs. LA Galaxy at 11 AM PT & vs. LA Galaxy II at 1 PM PT, both in Indio, CA Thursday, Feb. 17 — Sounders at Motagua 7 PM PT in Concacaf Champions League action