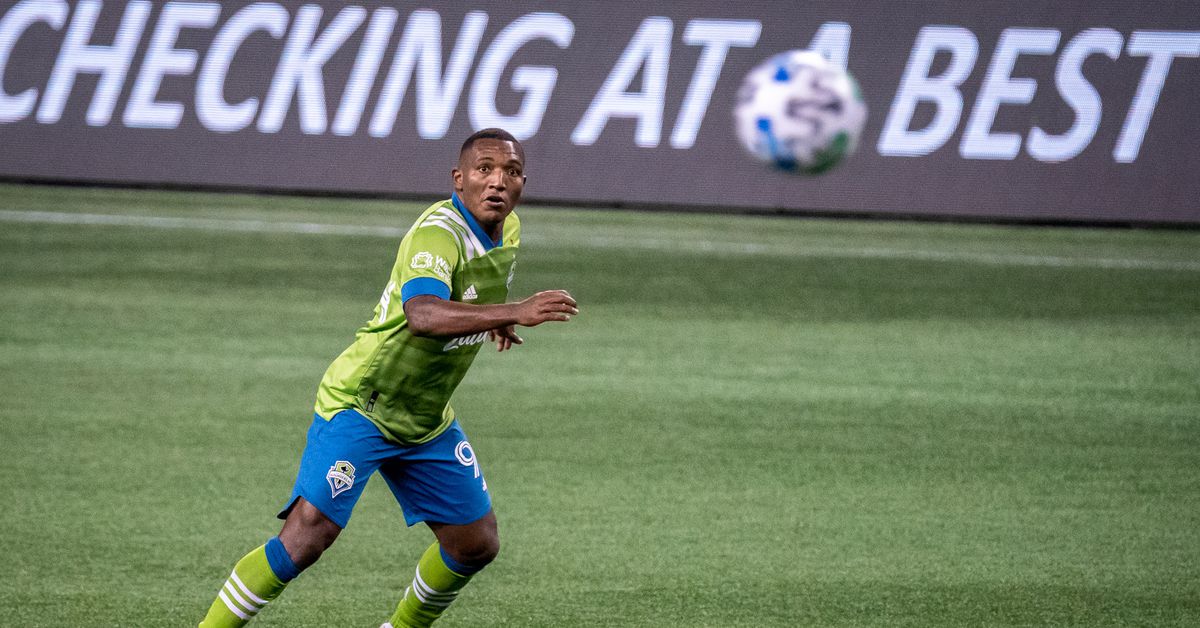 Max Aquino / Sounder at Heart Just in time to face the most chaotic team in MLS, there are more injuries. Watching the San Jose Earthquakes is fun, as long as you aren’t a fan of the team. Short on results, Matias Almeyda’s squad is on an 11-match winless run. Still, they offer a great vision as to how to play soccer. Like most teams, the ‘Quakes pick and choose when to press. They choose to press at the opening whistle and pick to not to at the final one. San Jose matches are intense, and good for the points. Seattle will be dealing with injuries, because it’s the year 2021 and that is always the case. There are eight First Team players out, which means up to two more extreme hardship calls from Tacoma Defiance. If those youth get on the pitch they will be more mentally taxed than normal. If there weren’t more injuries, and short rest, and everything else about 2021 that feels like a sequel to 2020, the Seattle Sounders would be huge favorites. All of those things do exist. Victory is not assured, only effort is — and chaos. For Center Line Soccer, Alicia answers Three Questions. SaH: Since the Earthquakes became fully Matias Almeyda’s team they’ve only drawn. Did San Jose pick the right fall guy when they fired Jesse Fioranelli? CLS: Fioranelli seemed like a really nice guy and I always had good interactions with him personally but I think the right choice was made here. Almeyda is a coach with a successful track record outside the league that few MLS coaches can match, a willingness to work with an undermatched squad, and frankly, he’s the star of the team. I won’t lie and say that there isn’t doubt Almeyda can actually build a winner in San Jose, but he’s earned more of the benefit of the doubt than Fioranelli, who vowed to substantially upgrade the starting XI and didn’t really accomplish that, and who was allergic to looking for value within MLS, a truly perplexing turn of events when the Earthquakes’ limited resources and roster needs were screaming for trades and free agent signings with players around the league. The big questions for the club in the medium term are who they’ll hire as the next GM and whether Almeyda will remain with the Quakes past this season. He’ll always be in demand in South America, frankly, and it’s going to be a matter if he wants to stay much longer with a new GM, as well as if the GM wants him to stick around. It’s a bit of a “chicken or egg” scenario, but in the short term, I doubt San Jose will be upgrading their roster any more like they need to for this season and so they need to figure out what they’re doing moving forward. SaH: Almeyda’s system is supposed to lead to turnovers that quickly become strong attacks on goal. San Jose’s offense hasn’t seen success with that yet, who will turn that tide? CLS: Cade Cowell has definitely been the Earthquakes’ star this season, and he and Chofís Lopez are slowly building a productive partnership. Cowell has assisted on most of Lopez’s goals this season, and they are the two leading scorers for the club, albeit with only seven goals total between them. Beyond that, it’s a great question to ask where the goals will come from. San Jose has habitually had this problem, with only Chris Wondolowski offering any consistency since the Bash Brothers left. Wondo can still chip in some goals, but he’s not hit a vein of form himself this season, and the other options are not looking good. Andy Rios has struggled badly, and Cristian Espinoza has struggled to score himself. Carlos Fierro is a good defensive winger but the Quakes need goals more than defense, and Benji Kikanovic has scored in recent games but the MLS newcomer may be too green for Almeyda to really trust. My hunch is that it will be Cowell, Chofís or Wondo or it will be nobody this year. SaH: Is there a particular player whose success indicates that the active pressure system is working? CLS: To be honest, the defense has not been terrible by any means for the Earthquakes this season. They’ve had one blowout loss and the rest have been more or less narrow. I think Eric Remedi (one of the only players Fioranelli traded for in MLS) has been really good this season. With Atlanta United, he was seen as a one-dimensional lumbering destroyer d-mid, but he’s more adept to play in a high intensity style than I ever expected and his passing is pretty well suited to the style. I think he’s been a big upgrade for the Quakes and offered cover as well with Jackson Yueill missing major time this summer. Clearly, any team on an 11-game winless run is not truly playing well. But again, to me the root problem for this team is in scoring goals, because the defense has been pretty effective overall. If the attack could get going, this team could pick up wins. Will they? That’s the question everyone is wondering. There is no reverse this week. Sorry folks.

Five things we’d like to see when Sounders visit RSL

Sounders training notebook: Focusing on the task at hand