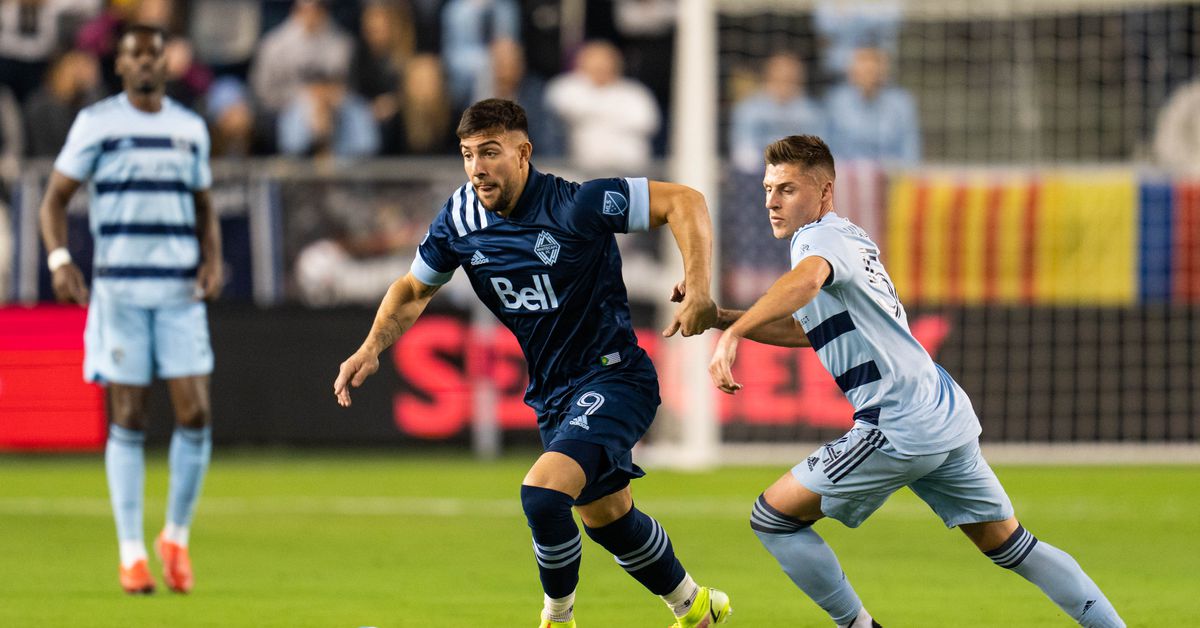 Coffee with the Caps, Friday December 3

Jay Biggerstaff-USA TODAY Sports Good Friday morning Caps fans, just one more work day and we will be in the midst of the weekend — and after this week, I’m pretty darn fired up about that. The Whitecaps made official some roster moves yesterday but it is a rumored transaction that has tantalized fans and added a bit of intrigue. Transfermarkt is reporting the Caps are kicking the tires on Ayo Akinola, Toronto FC’s talented young striker who is out-of-contract (sort of). While Akinola missed much of the season with a serious injury, there is also no denying the talent and he would provide an instant injection of quality, all without taking up an international slot. Breaking! #VWFC are looking into the possibility of adding #TFCLive forward Akinola Details https://t.co/lYyWMW54xE pic.twitter.com/aMVwWkwe1I— Transfermarkt.us (@TMusa_news) December 3, 2021 There are several layers here so let’s peel them back one by one. The first is logistics. Akinola is out-of-contract but (crucially) not an MLS free agent. That means he could move to a European club with relative ease but acquiring his MLS rights is a bit harder and would require a transfer. Akinola, for those like me who were wondering, is slightly too young to be eligible for the Re-Entry draft. Whether there is European interest is unclear. Presumably there were some teams abroad interested in Akinola given his age and demonstrated record of MLS success but his season-ending ACL injury might have cooled things off. Obviously this is all predicated on Akinola wanting to stay in MLS which we don’t have a good sense of. If he does want to stay in the domestic league, moving on from Toronto FC would make sense given they a) are a bit of a tire fire at the moment and b) have a new manager in Bob Bradley who Akinola would have to impress. If the interest is legitimate, it would likely spell the end of Lucas Cavallini’s time here which, as we’ve discussed here previously, might not be a bad thing. Cava just doesn’t fit into the team’s current roster construction, Vanni Sartini’s preferred style of play and is probably worth moving on while he still has some semblance of value. Heck, he could even be a makeweight in a potential Akinola deal. Theo Bair, who just helped HamKam get promoted in Norway, could still stick around in an Akinola world but his path to first team minutes would be even more dicey. Unless the Caps want another loan for Bair, he may well be interested in moving somewhere he could play more often, though Sartini has not gotten a good look at what Bair offers up close so it isn’t clear where the new head honcho comes down on this. Then there is the question of whether Akinola would be a good signing. This might be the most clear cut answer of all: yes. His underlying numbers from an admittedly small-ish sample size in 2021 show a guy who already has the profile of a top MLS striker, performing well in relation to his xG and adding some passing/pressing quality to boot. His Football Reference profile compares his skillset to Gyasi Zardes, Chris Wondolowski and Daryl Dike, signaling a conventional striker who provides a real, honest to God ability to play alongside Brian White up top. Yeah, he might have some overlap with Brian White and as someone who slagged the Caps for having a bunch of strikers in Cavallini’s mold, maybe this is all a bit hypocritical. But there is a reason White thrived under Vanni Sartini and it is clear strikers like him — not Cava — fit right in, meaning Akinola would have a lot of kindred spirits to play alongside. He would also have Ryan Gauld — a much better distributer than anything the 2021 Toronto FC side could muster. It remains unclear if the interest here will pan out. But it is certainly a tantalizing sign of how the Caps want to move forward last season if they are making eyes at a player of Akinola’s quality. Shameless Self Promotion Want to see how you did in our Guess the Starting XI contest? Look no further Best of the Rest The worst kept secret in Vancouver was revealed Tuesday, with the Caps announcing Vanni Sartini was handed a two-year contract as permanent head coach. Andiamo! Sartini sticking around means the Caps [gasp] might actually have good things expected of them next season Patrick Metcalfe and Jasser Khmiri did not have their options picked up, the club announced Thursday. There are a few other guys out-of-contract but the club is negotiating with them. Portland and RSL will face off in the Western Conference Final on Saturday. In the Eastern Conference, Philadelphia Union and NYCFC, who knocked off number one overall seed New England, will vie for the conference title No Marcus Godinho in the MLS Best XI? I am shocked, shocked I tell you!

Coffee with the Caps, Monday January 17

Coffee with the Caps, Monday January 17

X-Factors Will Determine the Whitecaps’ 2022 Season

Coffee with the Caps, Friday January 14

Extremely Half Baked Takes on the Vancouver Whitecaps Draft Picks (2022)