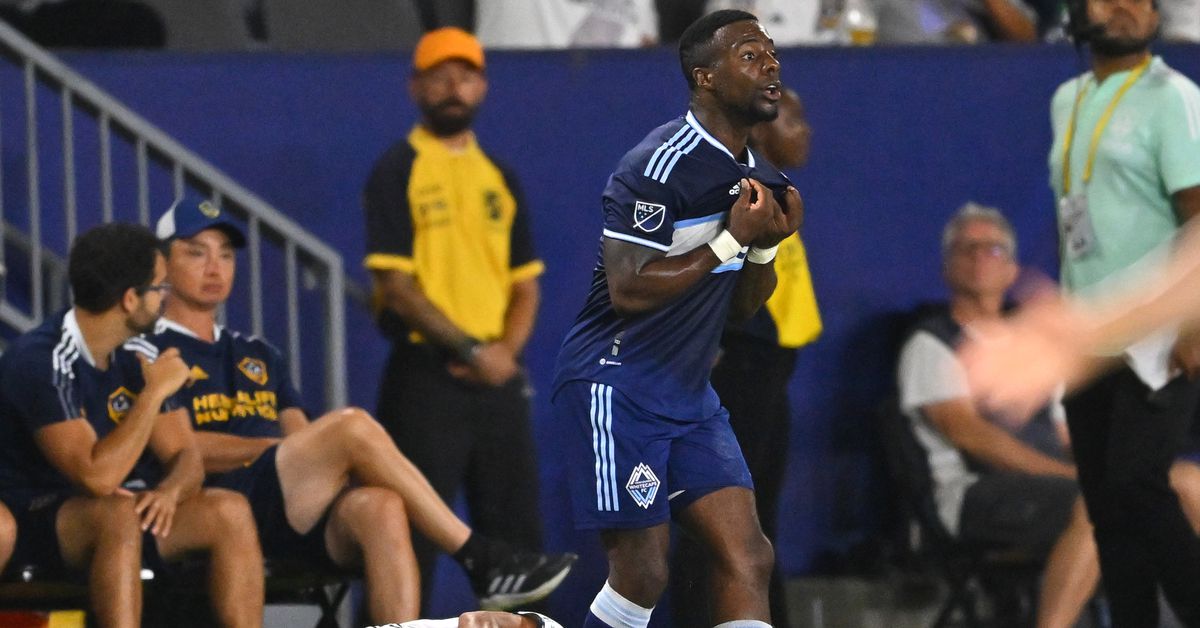 Good Monday morning Caps fans, hope your first cup of coffee is kicking in and your week is off to a good start.

The Caps were battered 5-2 against LA Galaxy and this feels like a kind of result that has been building, even as Vancouver has gotten results against inferior teams.

Given the comprehensiveness of the beatdown, it should be relatively easy to pen a piece about What It All Means. But, the truth is, it isn’t. There were certainly a litany of individual errors and it reinforced the desire from basically all the fan base to move on from Jake Nerwinski at the end of the season.

But the good players the Caps have — Andres Cubas, Ryan Gauld — were good last night. Other guys — Javain Brown, Tristan Blackmon, Cristian Dajome pre-red card — were not good per se but they weren’t bad while everything else was crumbling around them and that counts for something as well.

The point is that the pieces are there, there just has been some short-term misshaps in building the roster. Sartini should have started Blackmon but let’s not pretend that having Jake Nerwinski and Florian Jungwirth as your only depth options at CB is some sort of willful tactical choice that he is making and can just solve.

Simply put, the team should have brought in another CB — someone domestic — over the summer transfer window. The priorities weren’t bad — we’ve seen what Julian Gressel can do and its tremendous and I’m still holding out hope on Alessandro Schopf. But they also obscured the biggest need and the window actually resulted in a net loss at the position, with Erik Godoy.

There were various links to CBs so this was clearly something the top brass were working on but the fact that it never got across the line is having a similar effect on the team as not purchasing a defensive midfielder last summer had on the first 10 matches, or so.

Similarly, the goalkeeper situation has sat, untouched, without even any links to any other keepers. This is a bit more complicated, given the coaching staff’s apparent rating of the unluckily injured Thomas Hasal, but we’ve seen the duality of Cody Cropper a whole lot this season and an upgrade is in order.

There certainly are some things that you can lay at the feet of Vanni Sartini. But the guy has 1) rarely had his entire first choice starting XI on the pitch at the same time, 2) had the aforementioned personnel limitations on who is at his disposal and 3) still navigated them this far. Not saying there isn’t a point where I won’t be won over but the notion that merely bringing in a new manager is the fix is reductive.

That being said, with the 5-2 loss to the Galaxy, one imagines we also witnessed the death of the Caps’ playoff asperations. To be sure, the team is likely to keep fighting, imbued with belief from last season’s miracle and the fact that in terms of points, they aren’t all the far back.

But you figure they would need to win five or six games of their final nine to firmly leapfrog the morass of teams in front of them. There is no point in the season where this was a team capable of that and last night’s result underscored that fact.

I would be happy to be disproved on this front. And I would like, of course, to see the team play hard and compete down the stretch to either take advantage of a playoff spot if it falls in their lap or build momentum for next season. This is a team that has potential and is, with a long-term view, moving in the right direction. But Saturday’s result is perhaps a reminder that the big shining goal remains a bit further off in the distance than we might have hoped.

Caleb has a report card where the headline really sums everything up neatly.

Best of the Rest

MLS has been on one lately, with Saturday’s slate of games breaking a week-old record for matches with five-plus goals scored

Coffee with the Caps, Monday September 26

Coffee with the Caps, Friday September 23

Coffee with the Caps, Monday September 19