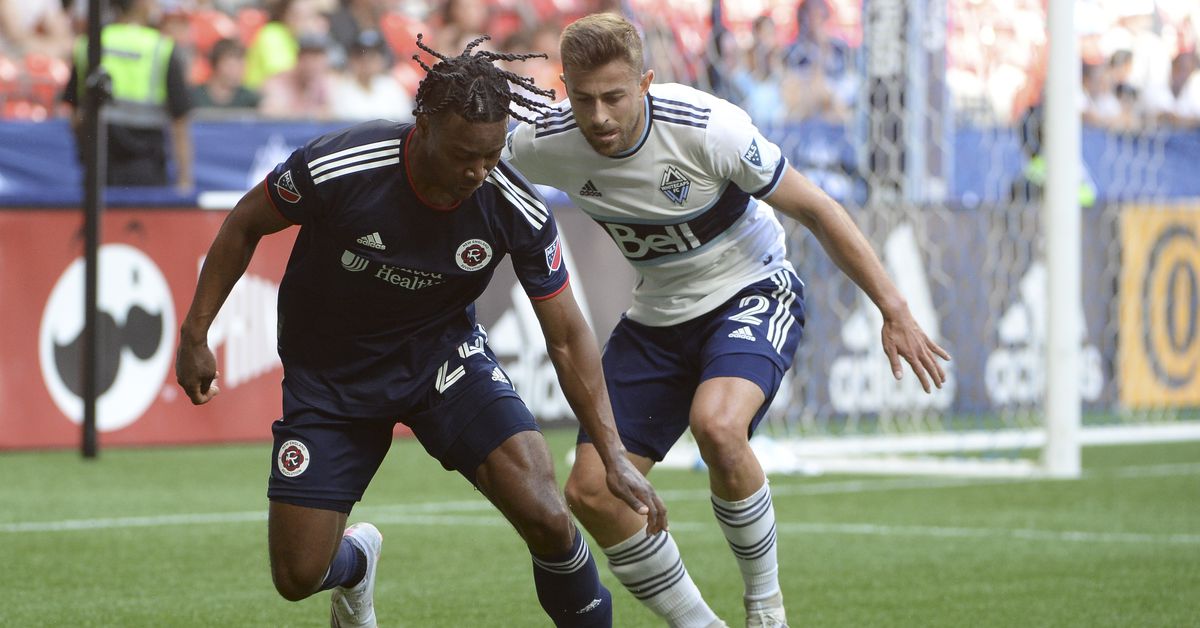 Coffee with the Caps, Monday June 27

Anne-Marie Sorvin-USA TODAY Sports Good Monday morning Caps fans, hope you all enjoyed a little Sunday night football — and we’re not talking about the BC Lions, though their dismantling of a Toronto team is always appreciated over here at CWTC. The Caps were not quite as surgical, earning a 0-0 draw against New England Revolution. It is the second time this season they have been deadlocked with a top-flight Eastern Conference team at home but the two matches couldn’t have been any different. Against NYCFC in March, Thomas Hasal was objectively the man of the match, Vanni Sartini was clearly playing for a draw and the Caps got walloped in the expected goals category, .54-1.87. Fast-forward to a much more open match on Sunday, with Sartini taking the reins off. Accordingly, the Caps played their in-form opponents to a draw in the expected goals category, buoyed by a vastly improved second half. It was not a perfect performance — the effort in the final third left a lot to be desired and no one seemed to have a great night in crafting that final ball. But the Caps look like a totally new team in midfield, thanks to Andres Cubas, and the back three looked extremely comfortable, with Javain Brown turning in his best performance of the season. While at one point, a draw with an Eastern Conference team at home would feel like points dropped (particularly with a date against LAFC looming next weekend), this was one that left a decidedly more positive feeling. The key exception (aside from the aforementioned finishing woes) was an apparent knee injury for Deiber Caicedo, who looked in quite a bit of distress and could be poised to join the Caps’ walking wounded. Aside from Brown, however, there were a few notable performances. It is worth shouting out Marcus Godinho in particular, who been slowly building in quality over the last few matches. While some thought his return was a bit curious (raises hand), he turned in a quality two-way performance on Sunday. Sure, his final ball was a bit lacking and his ceiling in this category is a bit lower in general than some other potential wingback options. But his ability to read the game has really grown as he’s gotten more match time. This was punctuated by a great interception of a Djordje Petrovic throw, a move that sparked a dangerous counterattack. Luis Martins has had some glimpses of solid play but hasn’t really left much of an impression. And with injuries continuing to stack up, leaving Javain Brown as more of a centerback at the moment, Godinho will likely still continue to get looks. And, even if not, he falls into the same category as Tos Ricketts — cheap, domestic players who have beaten expectations and are valuable depth pieces. Every MLS team needs them and, in Godinho’s case, it is a nice redemption arc after struggling in Europe and trying to get his career back on track. At 24, he has a lot of soccer left in him. Shameless Self Promotion If you missed Sunday’s match, we run down the highlights for your viewing pleasure. Best of the Rest Canada’s U-20 side was knocked out of the CONCACAF Championship by Guatemala in penalty kicks after an eventful match Meanwhile, the Canadian women were held to a scoreless draw by South Korea in a friendly Some more background on Bayern’s Nick Salihamidzic, who the Caps are reportedly kicking the tires on for a loan In a surprise move, former Real Madrid star Gareth Bale will join LAFC ahead of the World Cup, in a deal that is surprisingly not a DP signing