Coffee with the Caps, Monday November 21 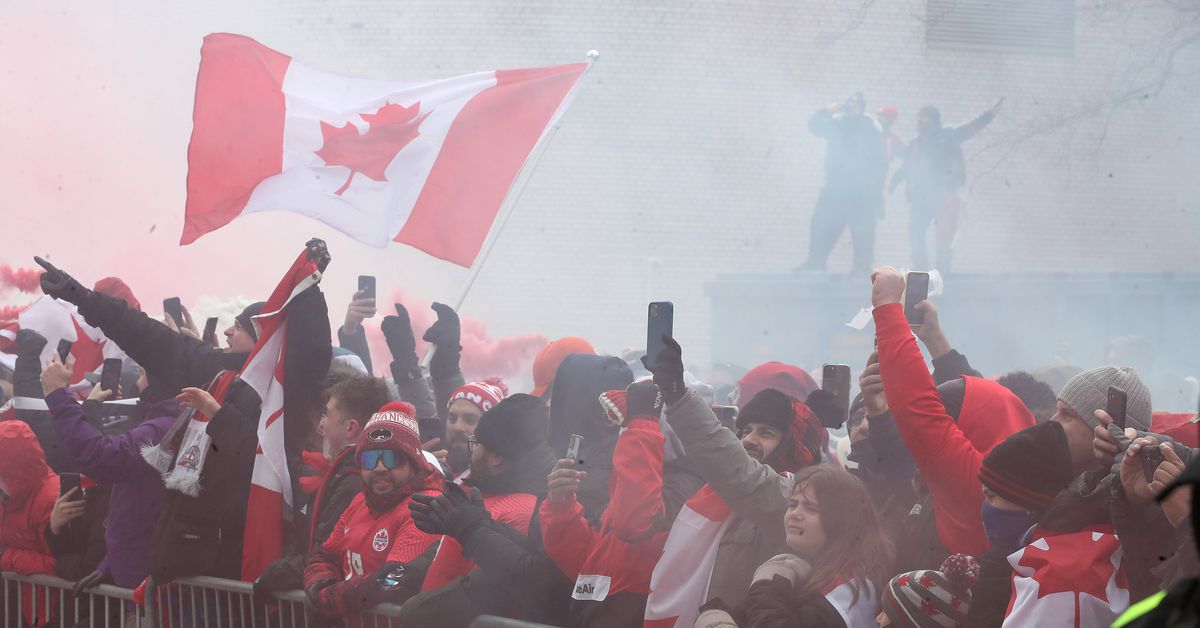 Good Monday morning Caps fans, hope you all had a relaxing weekend and are getting geared up for another week. Here in the U.S. it is a holiday week, thoroughly killing any motivation to do anything productive.

Today also begins the quest of my U.S. Men’s National’s Team to disappointing me in the World Cup in Qatar, as the Yanks play Wales.

Canadian fans, meanwhile, will have to wait until Tuesday to watch their team play Belgium, with the opening tilt of their World Cup campaign coming at 11:00 a.m. PST.

That is, if fans decide to watch. A lot of folks globally have elected to boycott the World Cup for obvious reasons, with FIFA President Gianni Infantino holding a disastrous press conference Saturday to remind us of what all those reasons might be. The man said he understood the plight of victims of human rights abuses because he was bulled for having red hair — and it didn’t crack the top five wildest things he said during the presser.

There are understandable arguments both for and against watching and that is, of course, a personal decision. Billions of people will watch and reward FIFA handsomely for their naked corruption/complicity in sportswashing.

Adding your name to the list (or not) will not affect the profit-making enterprise but I certainly understand the feelings of those who decide they simply cannot or will not get excited by a World Cup under these circumstances.

I would be curious, however, what you Canadian fans will be doing. This is not just a ho-hum, routine appearance at a World Cup. For better or ill, Qatar 2022 is a historic return to the world’s stage for Canada and the team inspired confidence with a convincing 2-1 win over Japan in their final tune-up friendly before showtime.

Their odds in the first match against Belgium are uncertain. The Red Devils are one of the most formidable teams in the tournament, and John Herdman admitted as much in his pre-match press conference.

That update also brought some bad news: In addition to Alphonso Davies, who remains a question mark due to injury, Milan Borjan and Stephen Eustaquio, whose form has been excellent in recent weeks, are uncertain after picking up injuries.

Not what you want to hear days before playing the biggest match in recent memory. Given the degree of difficulty of that group, you can forgive most pundits for figuring a trip to the knockout stages to be a long-shot.

But, then again, defying expectations has been Canada’s MO. They are undoubtedly the most reliable CONCACAF team in the business right now and I would feel more comfortable as a Canadian than as a USMNT supporter right now.

Whether the thrills and spills of our respective team are worth watching due to the off-the-pitch issues posed by this World Cup is a tough question. Leave in the comments your World Cup-related predictions, thoughts and grievances — there certainly is a lot to say about this year’s affair, most of it not good.

Best of the Rest

Former Forge FC man Daniel Krutzen was seen training with the Whitecaps 2 side on trial, a possible sign they could be kicking the tires on him as a depth option

Speaking of Whitecaps 2, a host of roster decisions came down last week, including the expected termination of Nick Salihamidzič’s loan from FC Bayern

Why, to some members of the Canadian team, their first World Cup in nearly four decades is still hard to believe

MLS players to be looking out for in Qatar, including one on Ecuador’s team who beat the hosts 2-0 in the opening match

Coffee with the Caps, Monday January 30

The Case *Against* Alberth Elis

Coffee with the Caps, Friday January 27

Coffee with the Caps, Monday January 23

Coffee with the Caps, Friday January 20