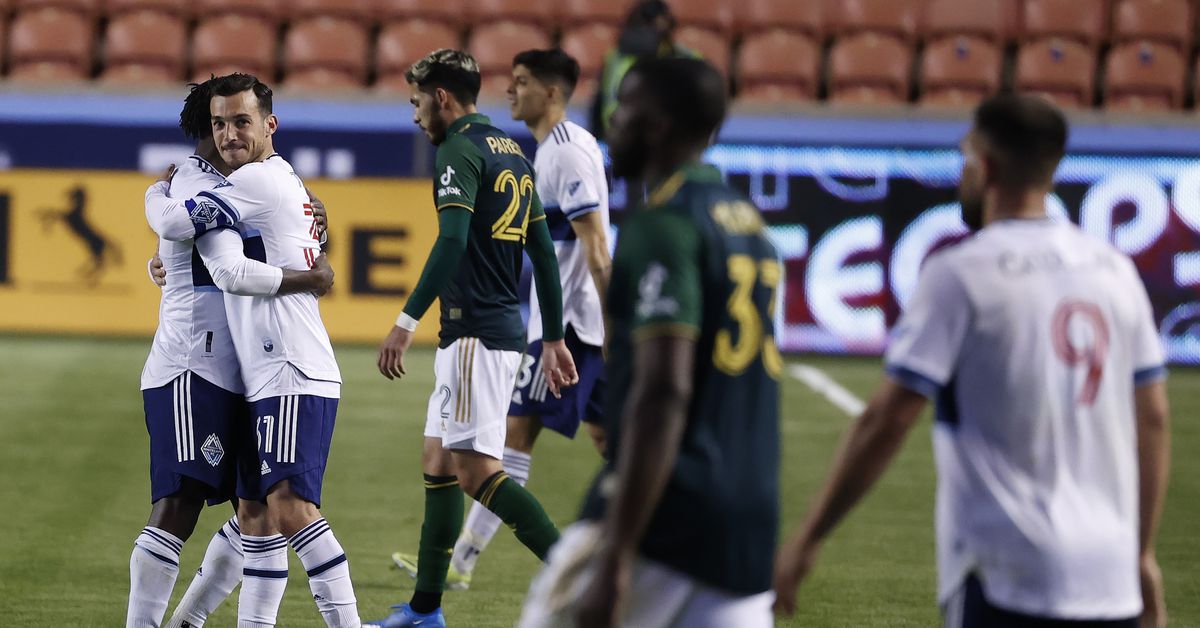 Jeffrey Swinger-USA TODAY Sports The Vancouver Whitecaps take on the Portland Timbers on Friday. It’s another winnable home game in Vancouver’s mad dash for the MLS playoffs. Portland Timbers The Timbers are pretty bad. Their attack is decent but their defence is just terrible. They give up the most xG per game of any team in the league at 1.78. In August this figure rose to 2.01. It’s awfully hard to win if you are shipping two goals just about every game. Only two things have prevented Portland from sinking like a stone to the bottom of the table. The excellent play of goalkeeper Steve Clark and their ability to score goals at an above-average rate. Most of this scoring comes from Felipe Mora. Mora has 9 goals this season, Which is the most of any player on either team. Sebastian Blanco is also a danger, just beginning to start matches again after a long-term injury. Portland generally lines up in a 4-2-3-1. Their game is built around fluid counter-attacking moves made up of short passes. Most of their attacks come down the wings. Portland will be without Eryk Williamson, a key player in the double pivot. To fill in Portland has often turned to George Fochive and...well... Portland has got weapons that can hurt you. But if you can shut them down then your chances of winning are pretty good. Do the Whitecaps have a strong enough defence to keep the Timbers at bay? Perhaps! Vancouver Whitecaps Thanks to Ryan Gauld the ‘Caps now have the weapons to exploit a poor defence. Unfortunately, their backline is held together by loose bits of twine. Jake Nerwinski and Cristian Gutiérrez are both ruled out with injury, Javain Brown will be assessed after returning from international duty, and Vanni Sartini is airbrushing Bruno Gaspar out of photographs following a poor first half against Austin. So their fullback options include Janio Bikel (didn’t really work against Austin), Marcus Godinho (not up to match fitness and unproven at this level), and Patrick Metcalfe (played fullback for the first time last weekend). If Ranko Veselinovic is fit then there is the possibility of shifting Godoy to fullback which has worked out all right in the past. There is also the full send option, playing Cristian Dájome as a fullback. This does give the team more width but Dájome has gotten exposed when played as a wingback in the past. As we discussed above, Portland isn’t a team you want to be taking chances defensively against. In Vancouver’s last match against Austin, Deiber Caicedo changed the game when he came on at halftime. It will be interesting to see if Sartini makes changes to accommodate him in a starting role. Like Brown, Maxime Crepeau and Lucas Cavallini will be assessed once they return from international duty. I don’t think either is likely to play as it will be a pretty quick turnaround and both have perfectly adequate stand-ins. At the end of the day, this game is going to come down to Vancouver’s ability to prevent Portland from scoring with their patchwork defence. If whoever gets played at fullback has the game of their life then the ‘Caps should win this one pretty easily. If the defence is disorganized then Portland could make this game very difficult. Injuries: Portland: OUT: Ismaila Jome (left Achilles tendon surgery) OUT: Jeff Attinella (season ending right rectus femoris surgery) OUT: Andy Polo (season ending right quad and knee surgery) OUT: Eryk Williamson (left ACL tear) QUESTIONABLE: Cristhian Paredes (right thigh) Vancouver: QUESTIONABLE: Lucas Cavallini (international duty) QUESTIONABLE: Maxime Crepeau (international duty) QUESTIONABLE: Javain Brown (international duty) OUT: Caio Alexandre (left foot, fifth metatarsal fracture OUT: Cristian Gutierrez (left quad strain) OUT: Jake Nerwinski (right knee) DOUBTFUL: Andy Rose (right Achilles tendon tendinopathy) QUESTIONABLE: Ranko Veselinovic (right groin) Staff Picks: Caleb: 2-1 VAN Andrew: 1-1 Draw Ian: 2-0 VAN Luis: 2-0 POR