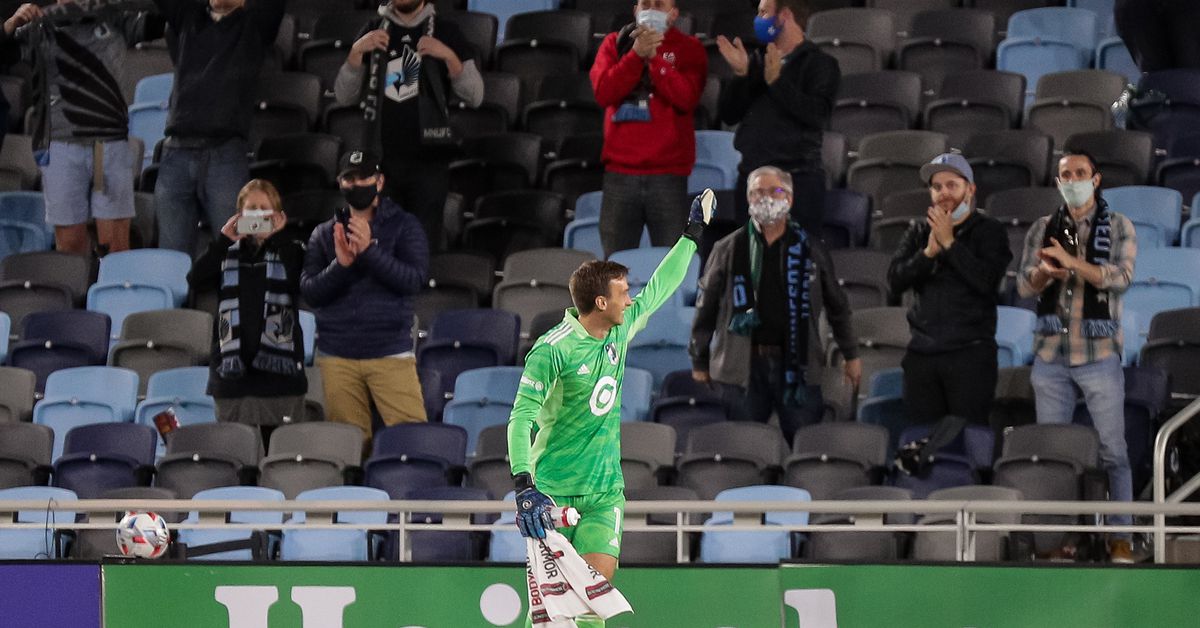 Mixed Bag: Minnesota tops Vancouver 1-0 for their first win of the season

Brad Rempel-USA TODAY Sports The Vancouver Whitecaps showed signs of improvement, but still handed the Loons their first win of the Year In the first midweek fixture of the 2021 MLS regular season, the Vancouver Whitecaps came up short against Minnesota United by a score of 1-0 at Allianz Field Wednesday night. It was a mixed performance for the Whitecaps, who did improve in some areas, but still are yet to secure a goal from open play as they now head into their sixth match of the season. Manager Marc Dos Santos elected to make just a single change heading into the match, which was quite surprising for a midweek fixture amidst a busy schedule. As the team moves forward to Sunday, it will be interesting to see if the manager continues to run his top players into the ground, or elects to inject some squad rotation for the match against Sporting KC this upcoming weekend. Main Takeaways I thought Bruno Gaspar had a huge impact on the way the Whitecaps were able to create, especially in the first half. It was nice to see the Whitecaps no longer being so left-side centric. The capability to threaten on both flanks really opened up the game for Deiber Caicedo, and also did a lot to increase Janio Bikel’s involvement in the overall buildup play. Speaking of Bikel, he continues to be one of the Whitecaps’ best players. More than just the tackling and defensive ability (which is evident), Bikel is looking more and more comfortable on the ball, and is growing more willing to make attacking runs. Max Crepeau was solid again, as he made a big save on Reynoso to open up the second half. Goalkeeping has definitely not been a problem for this Whitecaps team so far. Despite Dos Santos’ protestation to the contrary, the refusal to use substitutes to impact the game in a positive way continues to be a serious problem. Lucas Cavallini, in particular, struggled throughout the match and had already looked gassed in the weekend fixture against Montreal. The decision to run him for another full 90 minutes is hard to make sense of. It’s getting to a point where you wonder if there’s even a point of having other strikers on the roster. I feel really badly for Derek Cornelius. After Andy Rose came off with injury at the half, DC was a strong defensive presence and well on his way to make a case for a spot in the starting lineup. Unfortunately, he was caught out in space at a key moment by veteran Argentine striker Ramón Ábila, and the frontman made the Whitecaps pay for it. This is part of my issue with Dos Santos’ use of squad depth so far this year. When you give players such finite opportunities, the window for them to have success becomes all the more limited. Without experience, and the trust of the coach, how are players supposed to grow and improve? While the Whitecaps did create some better goal scoring chances in this match, it still felt like they threatened more around the penalty area than they did in the penalty area. Most of the opportunities the Whitecaps created on the night could be described as “good” or “decent”, if you catch my drift. Right now, that’s simply not good enough for this team from open play. They need sitters, or simply such an overwhelming volume of chances (by Whitecaps standards at least) that they can’t miss. Man of the Match This is a bit of a tough one to pick. But given his body of work so far this season, as well as the way he stood out in the first half tonight, I’m going to give the honours to Janio Bikel. Photo by David Berding/Getty Images Bikel had one key pass, completed his passes at a rate of 91%, had two successful dribbles, three tackles and one interception. While the midfield is still crying out for Michael Baldisimo, Bikel has done a really nice job complimenting his own strengths by improving some of the other areas of his game - I’m a big fan. But what did you think of this match, and what kind of Whitecaps team are you expecting to see this weekend in Kansas? Let me know in the comments! (And yes, Children’s Mercy is in “Kansas City, Kansas” not “Kansas City, Missouri” for those curious!)

Coffee with the Caps, Friday June 18

At the RioT: What to watch out for as 'Caps, RSL battle it out at Rio Tinto