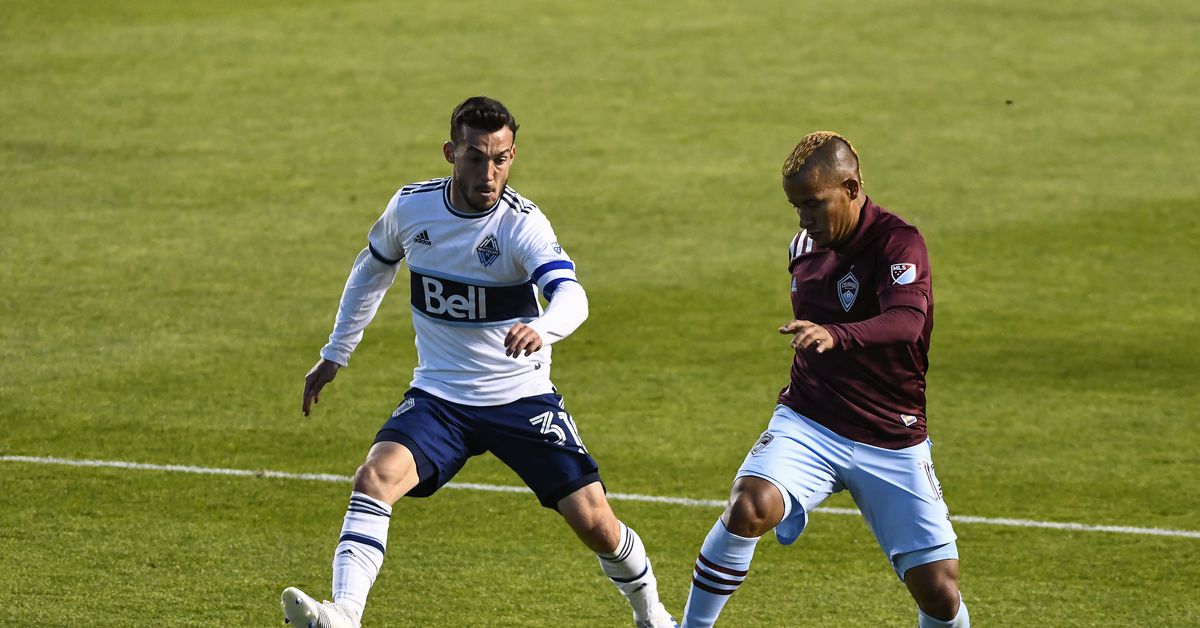 After a blowout loss to the Galaxy, can the Whitecaps recover quickly?

Wednesday night at BC Place, the Vancouver Whitecaps take on the visiting Colorado Rapids at 7PM Pacific.

Much like Vancouver’s last match up, the Whitecaps are facing the team directly in front of them in the Western Conference standings: the Rapids sit on 31 points through 24 matches played, compared to Vancouver’s 30 points through 25 matches. In the same way as with the Galaxy, this is also the first match up between these two sides this year, with the reverse fixture taking place in the Denver area on September 11th.

In terms of form, Colorado is undefeated in their last three matches, and most recently, saw out a 1-1 draw with the Columbus Crew at DSG Park. The Rapids’ two previous results prior to this past weekend were high scoring wins, as they triumphed 4-3 over Minnesota at home and 5-4 over the New York Red Bulls on the road.

To continue the match-up similarities with the Galaxy, the Rapids have been under-performing their expected goal totals this year, a sign of quality in the side that has yet to be fully unlocked. The Whitecaps certainly felt the full brunt of this against LA on the weekend as Samuel Grandsir and Kevin Cabral finally sprung to life.

Diego Rubio has led the way for the Rapids with 12 goals and 5 assists, but the other three prominent forwards for this team have really struggled. Gyasi Zardes, Jonathan Lewis and Michael Barrios have all had difficulty with their finishing relative to expected totals and in particular, Zardes really only burst onto the scene this year with a recent hat-trick against Minnesota United.

At their best, the Rapids can be a very good defensive team, yet they’ve struggled a bit in 2022 to find the right tactics. Lalas Abubakar, Keegan Rosenberry, and Danny Wilson are all proven MLS veterans and when they find the right mix at the back, this can be a stout defensive unit. However, much like Vancouver, defensive consistency has been a foreign concept to the Rapids this year. You never quite know what you are going to get from them.

For the Whitecaps, they will be very keen to see Lucas Cavallini return from suspension, while it remains to be seen if Brian White will be available as he recovers from a rib injury. While Tosaint Ricketts and Easton Ongaro put in admirable shifts over the last two matches, the Whitecaps have really missed the level of hold-up play that both White and Cavallini offer.

Equally, a lot of focus will be placed on the composition of Vancouver’s back three after they were shelled by the Galaxy on the weekend. While both Javain Brown and Jake Nerwinski have had many positive performances this season at the back, it has very much felt like they are boom or bust players. On the days where things have gone poorly for those wide centrebacks, the Whitecaps have very quickly lost control of proceedings.

Additionally, while the Whitecaps appeared to have committed to Cody Cropper for the rest of the season, could they be reconsidering after his showing in LA? With Thomas Hasal fit and available this past weekend, perhaps a change between the sticks is what is needed to spark the Whitecaps’ playoff hopes.

In terms of how this match might play out, I think it is pretty simple. If the Whitecaps want to make the playoffs, they have to beat Colorado. Vancouver could have bought themselves some wiggle room with a surprise result in LA, but they no longer have that luxury.

As pointed out by my colleague Caleb Wilkins, based on historic point totals, the Whitecaps will likely miss the playoffs if they win all of their remaining home games and lose all of their remaining road games. As such, a three-point result against the Rapids at home in non-negotiable, and even so, it doesn't guarantee you anything.

Do I think the Whitecaps have such a result in them?

I do, or at least I am hoping they will.

The return of Cavallini will be a huge boost, providing a far better target to receive crosses from the likes of Gressel and Raposo, meanwhile, re-injecting Tristan Blackmon into the back-line as a starter should improve some of those defensive worries. Additionally, if Scopf or Berhalter get some meaningful minutes in the midfield that could really take some of the load off of Andres Cubas, who was immense despite the scoreline in LA.

Overall, if the Whitecaps can use the crowd to make it through the first 20 minutes unscathed, they can take this one. Hopefully they catch Zardes and Rubio on an off-day.

Coffee with the Caps, Monday September 26

Coffee with the Caps, Friday September 23

Coffee with the Caps, Monday September 19