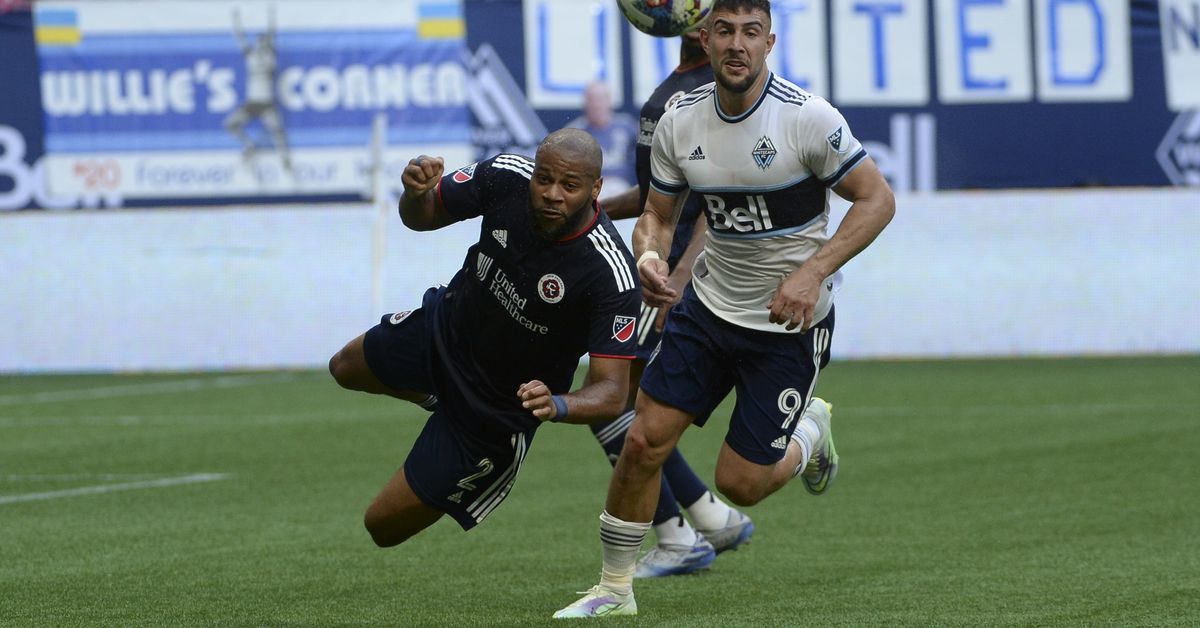 Anne-Marie Sorvin-USA TODAY Sports Two record breaking teams face off It’s been a big week in MLS as it looks like a new era is about to begin with powers potentially shifting around the league. Big signings across the board promise to raise the level of play to places not seen before, forcing teams to raise their own caliber if they wish to keep up with the rest of the league. The bigger implications of this are yet to be seen, and many teams are just focusing on their tasks at hand, Vancouver Whitecaps being no exception. In a real David and Goliath bid, the side from Vancouver was facing off against five time MLS Cup finalists and record breaking Supporter’s Shield holders New England Revolution. Vancouver, to their credit, had gone eight games unbeaten in the run up to this tie and were coming off of a victory against Canadian opposition in the Voyageur’s cup. While getting to a final in a cup competition is certainly impressive, the Whitecaps’ path to the final was simply going up against teams from the CPL, a lower ask than a team with the 2021 MLS MVP. Luckily, the Whitecaps were able to back their hopes up and escaped with a draw and a point. As always, the Whitecaps began strong at home, trying to catch the opponents by surprise. And the element of surprise certainly was with them, as for the first time in what feels like forever, there was a midfield partnership of players who did not consist of being 1⁄2 Teibert. This definitely threw off any Rusty-contingency plans that New England had coming their way, but eventually they gathered their footing. This forced the Whitecaps to go back to their usual counter-attacking ways. It wasn’t pretty, but there weren’t too many clear cut opportunities taken by New England. One opportunity that could have been game-changing was an early yellow card potentially unfairly given to Dajome (Coming in for the injured Caicedo) right outside of the box. Gil took the free kick and were it a couple of centimeters to the left, it would have gone in. Cubas was locking it down in the midfield, getting tackles in like it was nobody’s business. There were a number of fouls called on him but the good vastly outweighed the bad in this situation. Raposo played positive and is looking to be a solid option on the wing, but questions have to be asked if any of the other wingers will be played in that hybrid position or if we are going to be relying on him for this season. If the latter is to be the case, then what did the ownership spend money on wingers for? The system as a whole is predicated on players playing in positions they’re mostly not usually used to, and while it’s getting acceptable results, there has to be a question if the team would be better if they all played in their natural positions. The second half proved the effectiveness of the system though, as play opened up in both directions and clear attacks were seen from both teams. New England was more direct, and were able to increase pressure by putting on Jozy Altidore near the end, meanwhile the Whitecaps’ system relied on catching New England unaware and punishing them on the counterattack. This was something seen in both halves but was more prominent in the second- but being at the forefront also allowed it to be analyzed further. The Whitecaps do the counterattack build up well, but everything seems to go awry once they hit the box. Cavallini was particularly guilty of spending too much time thinking or adjusting once he received the ball instead of kicking it into the net, but its not a phenomena exclusive to him. Rather, it appears that the players always receive the ball on their weak foot which can’t be the case. It’s the last piece to the Whitecaps’ style of play puzzle that needs to be sorted out, as there were many opportunities in this game to take the lead. A draw wasn’t a terrible result but maybe some new signings could help boost the squad to fulfill its full potential.