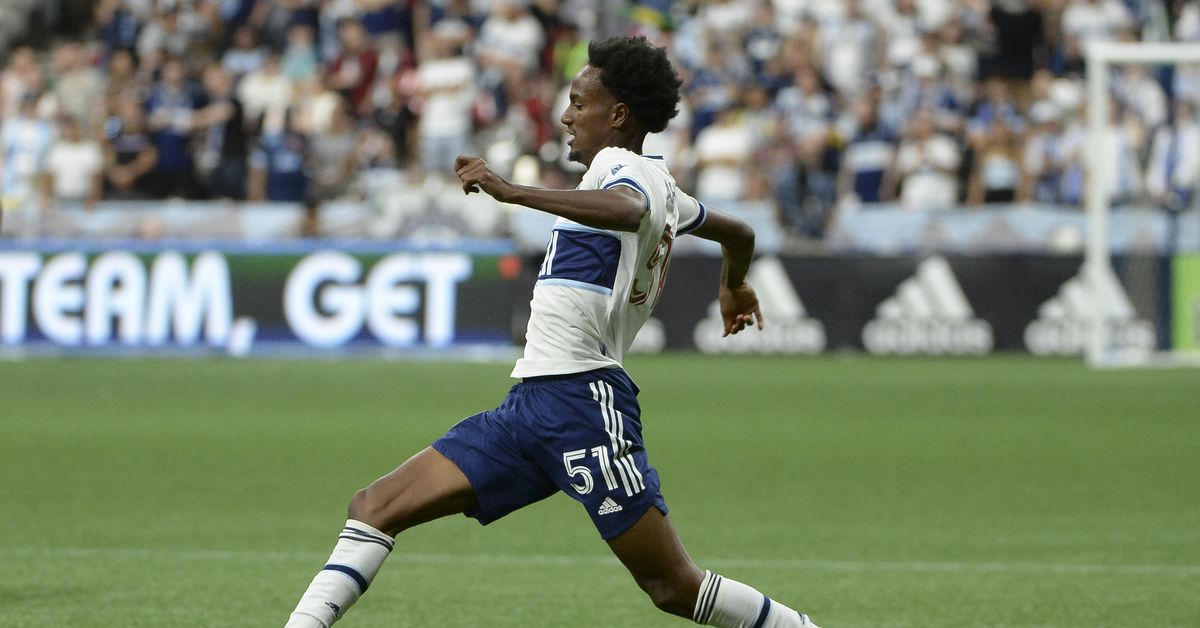 WFC2 has finished up its first MLS Pro season and thus I felt it was time to do some kind of end-of-year report on every player. As always these reports are mostly based on data. You can’t watch MLSNP games back if you don’t catch them live so if you live in a different timezone as I do, you’re mostly SOL for actually watching these games. But fortunately, American Soccer Analysis fully covers the league and their G+ metric is pretty good at telling good players from bad ones. I have sorted the players into categories, rather than giving them grades. As always, the player’s age relative to their performance is given strong consideration in how they are rated.

These players are ready to be playing at least somewhat regularly with the first team. I have placed two players in this category, though there were two others who I would have liked to place here who left midway through the season. Those players are Christian Campagna who signed with HFX Wanderers and Ben Alexander who joined the University of South Carolina.

Ali Ahmed had an extremely strong first professional season. He dealt with some injuries but still managed 5 assists in 15 appearances and, as you can see above, his defending was also quite strong. He got a couple of call-ups to the first team as well and performed quite well there. I think it’s pretty clear that he has earned a first-team contract.

Easton Ongaro was WFC2s best player by about a mile. This is what he should have been since he is 24 and a seasoned professional playing against teenagers and first-year pros. But he can only play the competition in front of him and he did so about as well as was possible. Ongaro averaged a goal every 106 minutes and was called up to the first team at one point. I am not convinced he would be more than a depth player in MLS but with Tosaint Ricketts likely retiring next year they will need a cheap depth striker and they could do a lot worse than Ongaro.

These players are not yet ready for first-team football but they showed some encouraging signs this season and will be worth watching closely over the next year or two.

There’s a decent argument to be made that Jay Herdman is the Whitecaps’ best prospect. Born in August 2004, Herdman was one of the youngest players with a WFC2 contract this season. He’s a very effective box attacker who also puts in a good shift defensively. He is going to have to improve as an on-ball player if he is going to make it to MLS but he’s off to a fantastic start as a professional. Don’t be surprised if he gets into an MLS game or two next season.

Antoniuk has a similar profile to Jay Herdman. He did not play a huge amount of minutes this year, as he spent part of the year on loan with Atletico Ottawa, but the minutes he did play were excellent. Now, obviously, there’s room for improvement in his passing game but he is a real goal threat from the midfield. I am very interested to see how he progresses in the coming years.

Chris Lee is not exactly the most dynamic wing-back on planet earth but he is very solid defensively and if he can add a bit more to his game there could absolutely be a spot for him on the first team.

Category #3: Show me Something

These players did not have particularly strong seasons but they showed enough that it is worth giving them another season to see if they can build on it. These are mostly older players who need to take the next step soon if they hope to become first-team players.

Simon Becher did manage to score an MLS goal this season but his MLSNP performances were quite mediocre. They were not bad by any means, he did lead the team in scoring. But compared to other strikers in their 20s Becher was considerably behind. He has shown, in a small sample size, the ability to score goals in MLS but next year he needs to be dominant if he wants to be there on a permanent basis.

The former SFU man was mostly bad in 2022. But the coaching staff gave him a lot of minutes and he is still quite young so I suppose it is worth giving him another year to see if he can repay their faith.

Brienza got off to a red hot start in MLSNP but then cooled off significantly. He’s 20 which is still young but he’s a long way behind the top strikers in the league, which does not bode particularly well for his MLS prospects. The Whitecaps brought in Ongaro and Lowell Wright at the striker position so Brienza is going to need to have a massive 2023 if he is going to get himself back into the thinking of the first team staff.

Theo Collomb missed most of the season with an injury and then scored a brace on his debut. He didn’t manage to score again but his underlying numbers were solid enough in his small number of minutes. Collomb is French and his international status means he would have to really tear the league up to earn a first-team contract. But striker is a weak spot on WFC2 so I’m willing to give him another year to see if he can live up to his promise.

An injury crisis thrust Isaac Boehmer into first-team action this season and he performed very well. On that basis, I am willing to keep him around. But, man, his MLSNP numbers were not good.

These players did not perform particularly well but they are young and it is worth keeping them around to see if they can figure it out.

It is a little disappointing that a player once declared the next Nesta by Marc Dos Santos is in this category. But, as you can see, while Campagna is a good passer his defensive play is not up to par. Still, he is very young and development is no linear. I would not expect any first-team minutes for him next year but I also would be a long way from giving up on him.

I was pretty excited for Bah, based on what I had seen in Whitecaps U-23 friendlies. But there is no denying, that chart looks pretty bad. Still, he’s one of the youngest players on the team so he is worth giving a couple more years to figure things out.

Linder is definitely the best of this group but I didn’t feel he was quite good enough for the “exciting prospect” tier. Above-average interrupting at 18 is a plus but his on-the-ball attributes are lacking a bit. Still, if he can build on this he is in a good position to rocket up the prospect rankings of this blog (I’m sure he’s very excited about that).Player: Eric White

I feel like doing those “one-to-watch” videos is a real kiss of death for Whitecaps prospects. Eric White’s performances as a wing-back left a lot to be desired this season, though he was good at receiving the ball in good areas and not committing fouls in bad areas. He’s 19 so he still has time to take a step in his development.

Hanson is really good at passing, which is not nothing. But he’s a pretty meh player at this stage. He’s one of the youngest players on the team, so that’s fine, but he’s not the next Jonathon David.

Ndakala just made the minutes cut off to get a chart and the chart is not particularly kind to him. He had the worst interrupting of any centre-back with at least 400 minutes. That’s really not something you want to be the worst in as a centre-back. But he is very young so there’s no reason to panic.

Anchor, who also spent a lot of time with the U-19s, played one first-team game this year amid an injury crisis. The club has already signed him to an MLS Pre-contract, a sign of how much they believe in him. But if that belief is going to be vindicated then he is going to have to turn in better performances than he did this season.

Category #5: No Clear Path to the First Team

These players do not have a clear path to the first team and it is probably best that they move on in their careers. They are not necessarily the worst players on the team but their age and performance levels make it extremely unlikely that they turn into anything.

I am sure Sam will be sad to hear it but I don’t think it’s going to happen for Vasco Fry. He’s not a terrible player but at 22 he’s a below-average starter in MLSNP and I don’t think that leaves him with enough time to develop into an MLS-level player. A CPL team may very well take a flyer on him and that would not be a terrible idea for them as he does have some positive skills. But those skills don’t quite add up to MLS potential.

This is a bit harsh because Aguillar had a good season. But as a 24-year-old in MLSNP you need to be elite and Aguillar was not that. He would be a great signing for any USL team but the Whitecaps need better than that in their development system.

Filip Rakic also played quite a bit as a wing-back and as a midfielder but even still I am not seeing a lot here that makes me interested in running it back. There are a lot of meh strikers on WFC2 and I don’t see any point in keeping another one.

There were also a handful of players who did not play enough minutes for their charts to be particularly meaningful. These included Lucas Dasovic, Lowell Wright, and Nick Salihamidzic. Early returns on Dasovic look quite positive while the other two are interesting in their own right. Wright is the first CPL player the Whitecaps have paid a transfer fee for. Personally, I have never been a huge fan of him but if he proves me wrong that may lead to more ventures into the CPL. Salihamidzic is the first of what could be a series of loans for Bayern Munich youth players so the club has an interest in seeing him succeed. It wasn’t the smoothest 270 minutes but it will be interesting to see how he kicks on next year. The Whitecaps reportedly devised a plan with Bayern to see him eventually move to the first team.

Coffee with the Caps, Monday November 28

Coffee with the Caps, Friday November 25