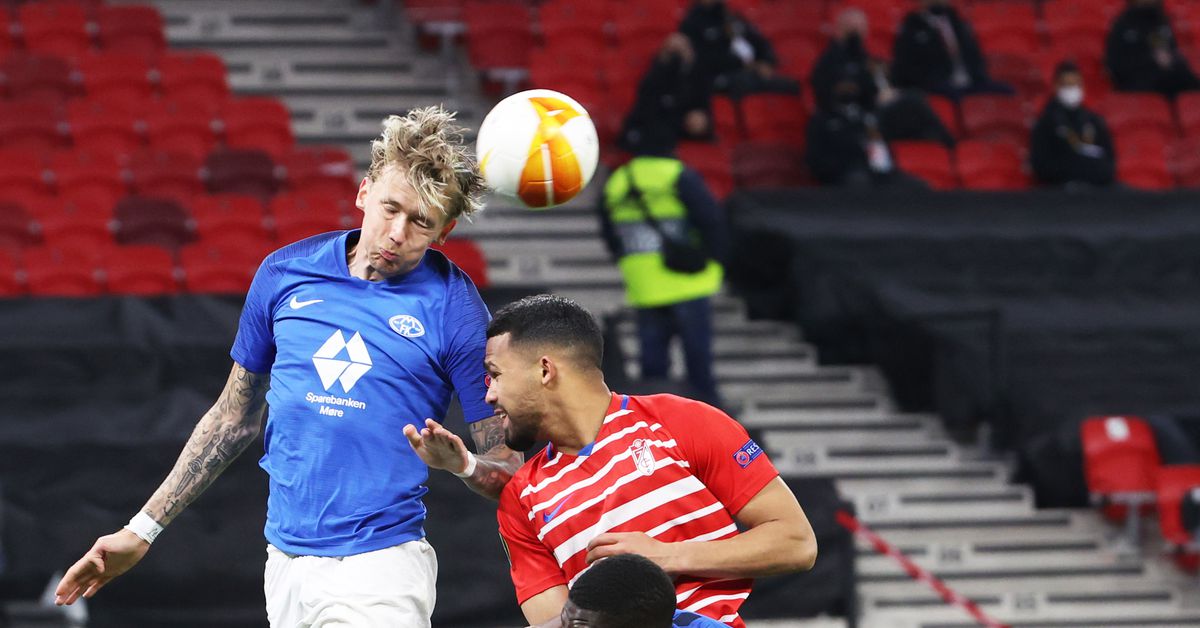 I’ve got to be honest, I wasn’t sure how to approach this one. Identifying good defenders using data is notoriously difficult even for people much smarter and more mathematically inclined than me. Generating the list of strikers was much easier. Does this striker reliably score goals (Y/N) and could the Whitecaps reasonably afford him (Y/N) there’s your list. But centre-backs are very hard. So much of what makes a defender good is hard to quantify statistically and different team styles affect things quite a lot. But then I was thrown a lifeline. Journalist Nico Moreno reported that the Whitecaps were in on Luis Segovia of Independiente Del Valle. Segovia is a very specific type of player with distinct strengths and weaknesses. He does not make many tackles, he’s not very big and he is not particularly dominant in the air. But he makes a ton of progressive passes, is left-footed, and is really comfortable on the ball. Around the same time, Forge F.C.’s Daniel Krutzen, a player with a very similar profile, was spotted training with WFC2. So we can be pretty sure of what sort of centre-back the Whitecaps are eager to add to their roster. Segovia recently gave an interview where he said he would much rather play in Brazil than MLS so maybe he won’t work out. But we can certainly find some similar players.

So here are the parameters I set out with.

Left-footed 27 or younger at least 1000 minutes played in the last calendar year at least 60% of defensive duels won At least 8.5 passes to the final 3rd per 90.

I discarded players who had just joined a new club or had something else that was obviously disqualifying. That left me with the following long list.

I then watched some snippets on Wyscout and any footage I could find on YouTube to make see if the numbers were misleading. Truth be told, I wasn’t very satisfied with the results. My search had turned up a lot of guys who were just whacking it long under the tiniest bit of pressure and having those passes bounce off the head of a teammate. True, these are technically completed progressive passes. But they are not exactly controlled entries. If you look at Segovia’s video he’s not doing that at all. He’s taking players on in his defensive 3rd, he’s splitting lines under pressure, and he wants to have the ball at his feet.

So I did the search again but pulled back the requirements for passes to the final 3rd and added benchmarks for long ball accuracy and progressive runs. That way, I hoped, I would turn up players who were comfortable carrying the ball and were a little more selective when they decided to go route one. This generated the following, much shorter list.

In general, I’m a lot happier with this list. There was some overlap with the original list but seven new players also turned up. I’m a lot less confident the centre-back the Whitecaps will eventually sign is on one of my long lists than I was for strikers because there’s so much more to consider. But I think it’s plausible that I have identified some guys they will have considered. Here are some players I think are worthy of consideration.

Shout out to Molde for having so many players appear in the Whitecaps sensible transfer series. Though I suppose as a successful Norwegian club they are primed to be picked apart by clubs at about the Whitecaps’ level. Risa doesn’t necessarily pop in radar form but from his Wyscout clips he looks very assured on the ball and he does basically all of the stuff I’m presuming the Whitecaps want for their left-footed centre-back. He’s 24 so he is still young but doesn’t carry the insane price tags you would see on a younger player turning in similar performances.

Charlie Weberg is one of the players who I felt was being overly direct. But he still turned up when I made changes to my parameters so I guess we have to consider him. Here’s the thing-he’s clearly following orders when he launches it long every chance he gets. Helsingborg plays a ton of long balls, the second most in the Swedish Allsvenskan. Weberg also has a very high completion rate on his long balls, suggesting that he could retain the ball a bit more in a less direct system. I’m not entirely convinced of that but maybe more in-depth scouting would clarify things further. Weberg definitely stands out when you’re looking at his data. He’s clearly a very active defender. His excellent duel win percentage, recoveries, and interception totals are also hard to deny.

Jenssen is a little bit older than the other options but, I think, he comes with the benefit of being free. Although he recently signed with Nordsjaelland on a free transfer from Willem II, it seems that he is only on a short-term contract as Transfermarkt lists his contract as expiring on December 31st. Although his ball progression numbers are not as huge as the others, he probably looks the most composed on the ball of any of the players I looked at. He also wins a huge percentage of his defensive duels which is always a good thing.

Coffee with the Caps, Monday January 30

The Case *Against* Alberth Elis

Coffee with the Caps, Friday January 27

Coffee with the Caps, Monday January 23

Coffee with the Caps, Friday January 20