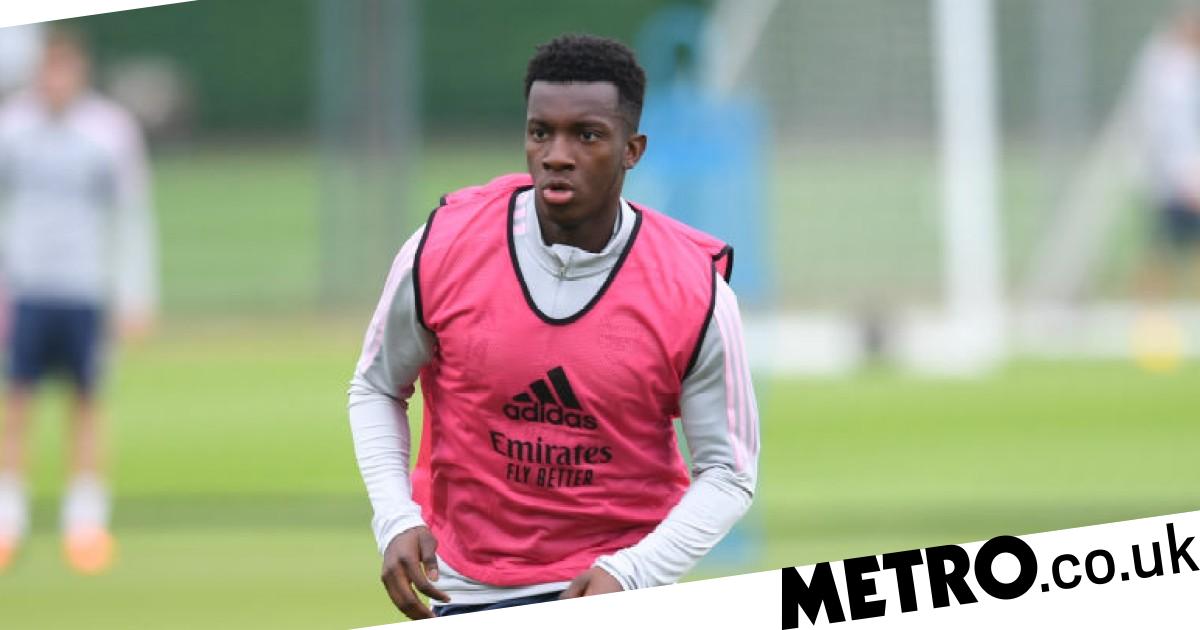 Eddie Nketiah was recently given the iconic No.14 shirt (Picture: Getty Images) Arsenal beat Ipswich Town 5-1 in a behind-closed-doors friendly at London Colney on Saturday, with Eddie Nketiah netting a hat-trick. The Gunners are already back at work at their training ground as they get ready for the 2022/23 campaign. The pre-season matches kicked off with a meeting against League One side Ipswich, and Mikel Arteta picked multiple first-team members in the starting XI including the likes of Nketiah, Thomas Partey, Nicolas Pepe and Ben White. Mikel Arteta gave multiple youth players a chance (Picture: Getty Images) Nketiah recently penned a new long-term deal with the club and was given the iconic No.14 shirt worn by club legend Thierry Henry. The Gunners academy graduate scored a hat-trick inside 35 minutes at London Colney and laid on an assist for Albert Sambi Lokonga to make it 4-0 by half-time. Arteta then decided to make 11 changes at the break to give the youth players an opportunity to shine. Hale End academy star Folarin Balogun found the back of the net to make it 5-0 before the visitors scored a consolation goal through Sone Aluko. Gunners fans will be hoping more signings are added to the squad by the time the next pre-season friendly against Nurenberg on July 8 comes around. The £45million transfer for Manchester City star Gabriel Jesus is expected to be announced imminently after the striker was pictured at the Emirates Stadium earlier this week. After the meeting with Nurenberg, Arsenal have three friendlies to contest in the USA, followed by a clash against Sevilla in the Emirates Cup. MORE : Kevin Campbell names the two signings Arsenal must make after Gabriel Jesus’ arrival MORE : Arsenal hero Jack Wilshere has held talks over return to club as youth coach For more stories like this, check our sport page. Follow Metro Sport for the latest news on Facebook, Twitter and Instagram.