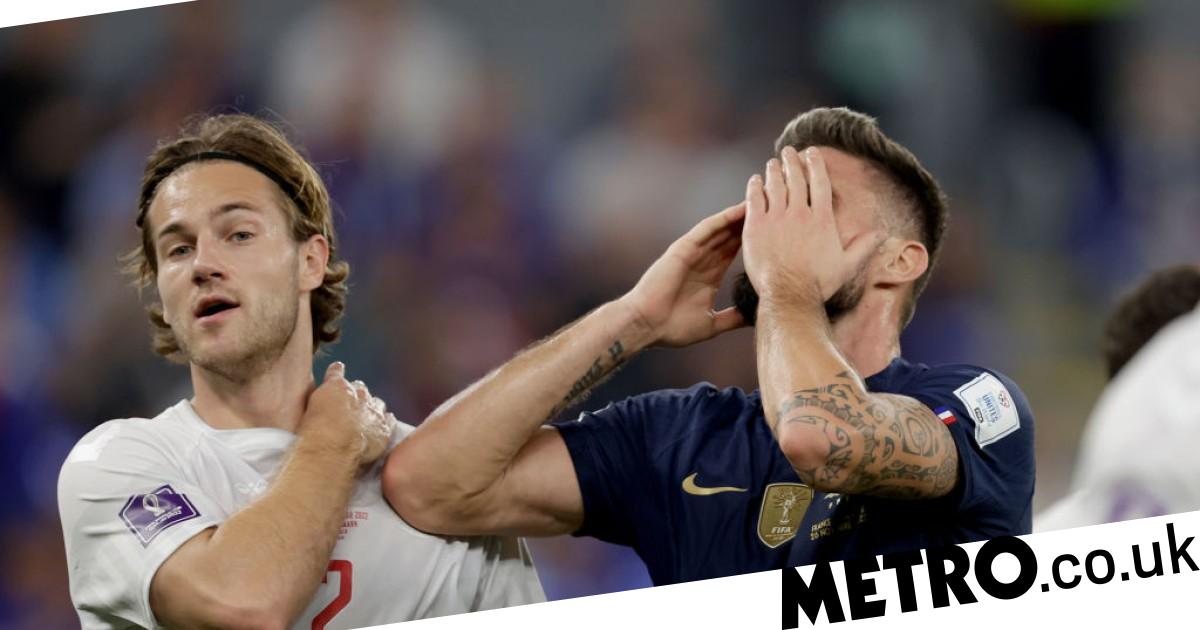 Giroud scored twice against Australia on Tuesday as world champions France won their opening Group D match at the World Cup in Qatar 4-1.

That saw the 36-year-old become the joint-highest goalscorer in the history of Les Bleus as he joined Arsenal legend Thierry Henry with a total of 51.

He then joined Chelsea, with Giroud winning the Champions League and Europa League as well as a fourth FA Cup.

Giroud now plays for AC Milan, scoring 23 goals across 57 games as he lifted the Serie A title last season.

But Souness is not a fan of the Frenchman as he went on an angry rant to explain why he is so overrated prior to France’s World Cup clash against Denmark.

‘I’m not his biggest fan,’ Souness told ITV. ‘I’m just not. Seven games in the last World Cup, he’s a centre-forward in the team that wins it, he’s not had a shot on target.

‘I think he’s very lucky. When you mention him in the same breath as Thierry Henry, I’m sorry…

‘I would say his record is there for one reason and one reason only: Karim Benzema being out for such a long time, all the controversy he was involved in.

‘Benzema, the current Ballon d’Or winner, will be missed by the French team in this tournament if they go deep.

‘Benzema is on another level [to Giroud], that’s the point I’m making.

‘The goalscoring record again… Apart from Benzema being out, the other [reason is because of] the amount of games the French team play in all these daft competitions.

‘You are smirking, but I just think it’s an anomaly. I don’t believes he’s… At 36, fair play to him. He’s still playing in the French team.

‘His best season in English football was 16 goals for Arsenal in our league. That’s a marker for anyone.

‘[But] I don’t think he’d get a look-in at this World Cup if Benzema had been here. He’s had a large slice of luck in his career.’

MORE : Graeme Souness slams 'selfish' England World Cup star: 'He got away with one!'